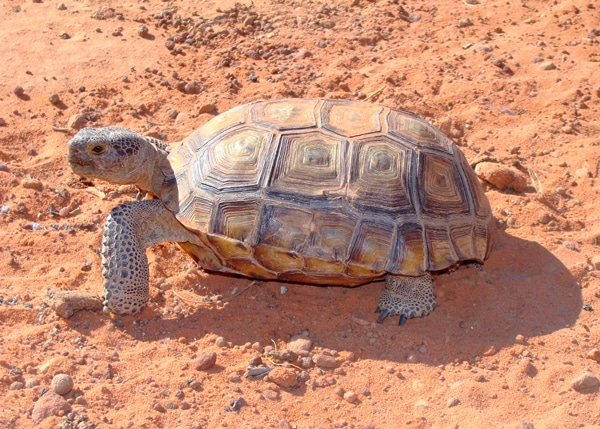 Although a variety of common pet lizards, snakes and turtles are often in need of rescue, one particular U.S. tortoise often finds itself in harm&rsqu

Although a variety of common pet lizards, snakes and turtles are often in need of rescue, one particular U.S. tortoise often finds itself in harm’s way. The California desert tortoise (Gopherus agassizii) breeds easily in captivity, and what once was a small population of pets taken from the desert (which is illegal, as this species is endangered in the wild) has grown to a large number of domesticated animals. 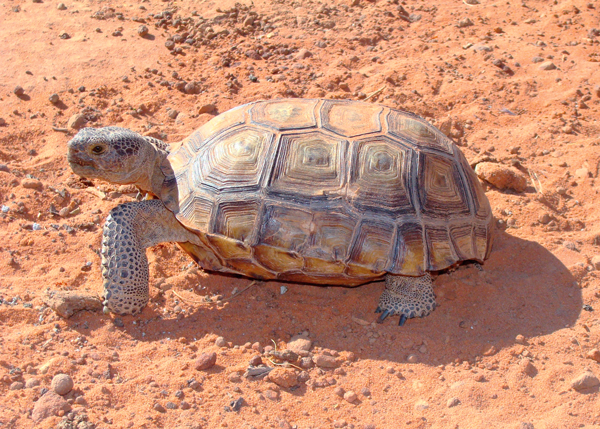 Desert tortoises are endangered in the wild but are widely captive-bred.

As with all popular pets, the California desert tortoise often finds itself without a home, due in large part to its longevity. It’s illegal to release captive-bred tortoises into the wild because of a tortoise-specific upper respiratory disease that began spreading through wild populations in the 1980s after captive infected tortoises were released into the wild. The disease decimated the wild desert tortoise population.

In an attempt to protect remaining wild tortoises from contracting the disease, homeless domestic desert tortoises cannot be returned to their native habitat and must be re-homed, often with the help of dedicated rescues. Not only do such rescues provide safe harbor for desert tortoises in need, they also work to educate the public about this wonderful animal.

If you think you can give a California desert tortoise a proper home, the below list of rescues that specialize in desert tortoises is a good place to begin your research.