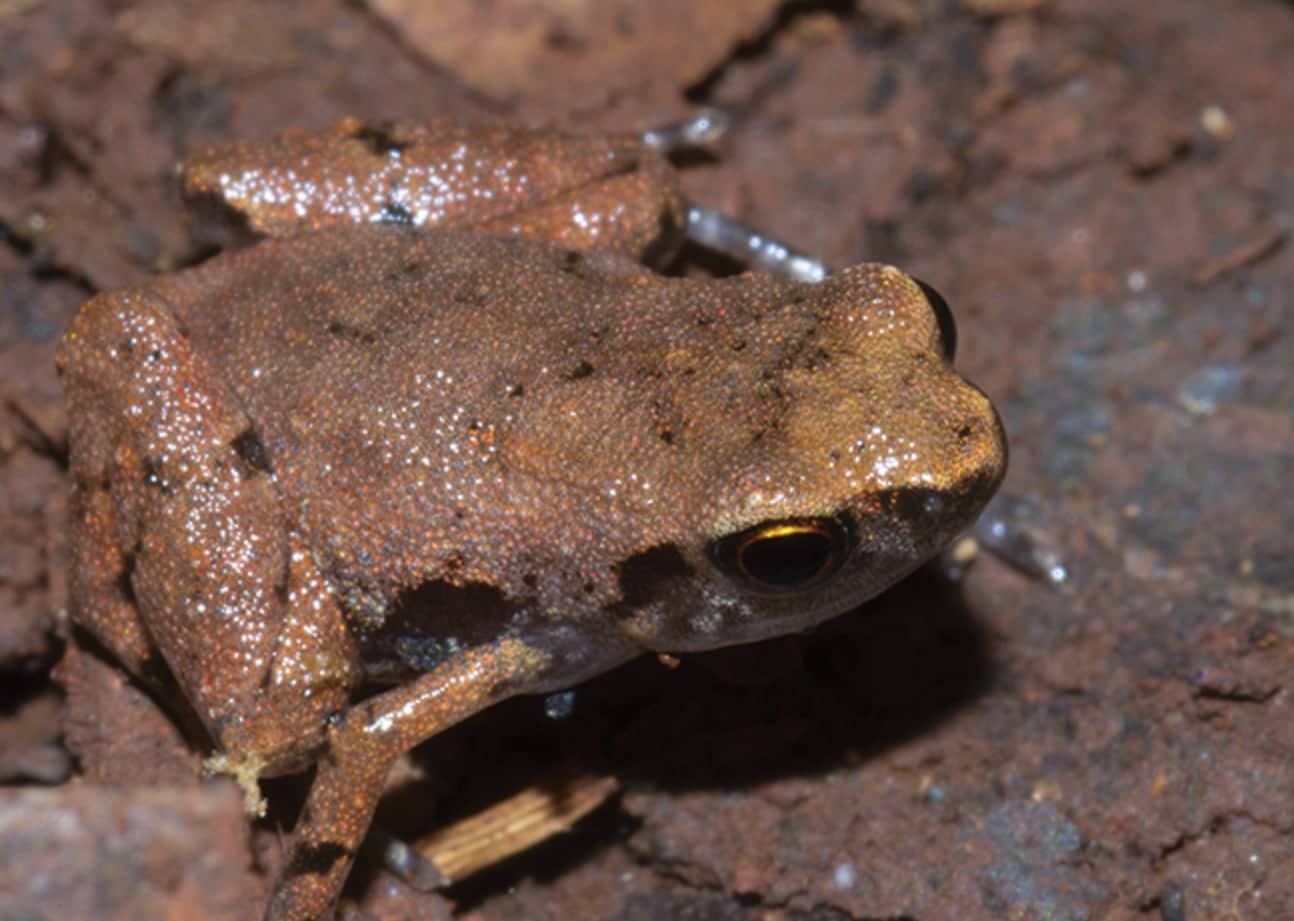 The amphibian is known to exist in just three degraded forest patches.

Researchers in Madagascar have discovered and described a new species of microhylid frog of the genus Stumpffia. The amphibian, named Stumpffia froschaueri sp. nov., is known to exist in just three degraded forest patches that the researchers say are threatened by drought, fire, and deforestation. Due to these factors, the researchers suggest that Stumpffia froschaueri be classified as critically endangered by the IUCN Red List.

8 Interesting Reptiles And Amphibians Of Madagascar

"This small and inconspicuous frog measures around 1cm in length and inhabits the leaf litter of relatively undisturbed forests, Dr. Samuel Penny, lecturer at the University of Brighton’s school of pharmacy and biomolecular sciences, and lead author of the paper describing the species, told Metro News.

"Habitat loss across its limited range suggests it should qualify as critically endangered. "The species name honors Christoph Froschauer (ca. 1490 – 1564), a renowned printer whose family name means the man from the floodplain full of frogs."

The color of the tiny frog ranges from a muddy brown, to brown with reddish freckles, to a light beige. Some even have a stripe running down the back. The frogs have a snout-to-vent length of about 8-9mm, though one specimen measured 12mm. There are currently 40 recognized species of frog in the Stumpffia genus, the vast majority which have been discovered and described after 2010.

The complete paper, "A new stump-toed frog from the transitional forests of NW Madagascar (Anura, Microhylidae, Cophylinae, Stumpffia)" can be read on the Zookeys website.