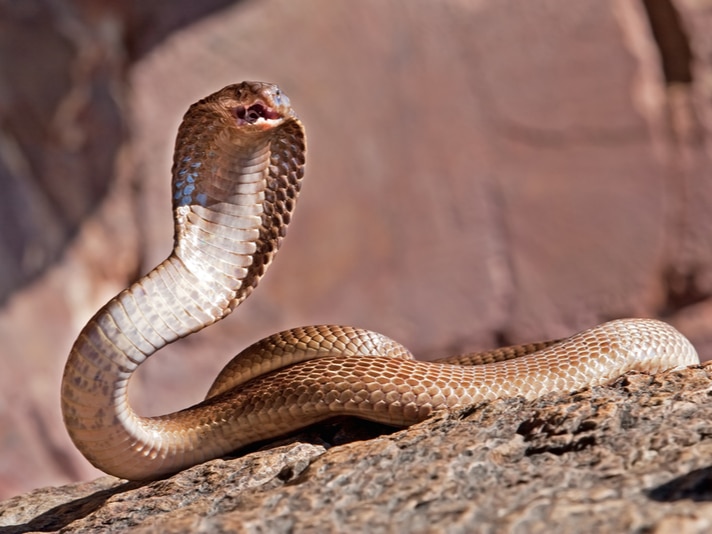 Cape Cobras Eat Their Own Kind, But Only Males

It is a well known fact that other snakes are on the diets of cobras, but did you also know that the Cape cobra (Naja nivea) are cannibalistic, often consuming their own kind?

That is according to South African herpetologist Bryan Maritz of the University of Western Cape. Maritz was in the Kalahari desert searching for Cape cobras (Naja nivea) and boomslangs (Dispholidus typus) to further his research when he heard a call over the radio saying “two large yellow snakes fighting,” according to National Geographic. 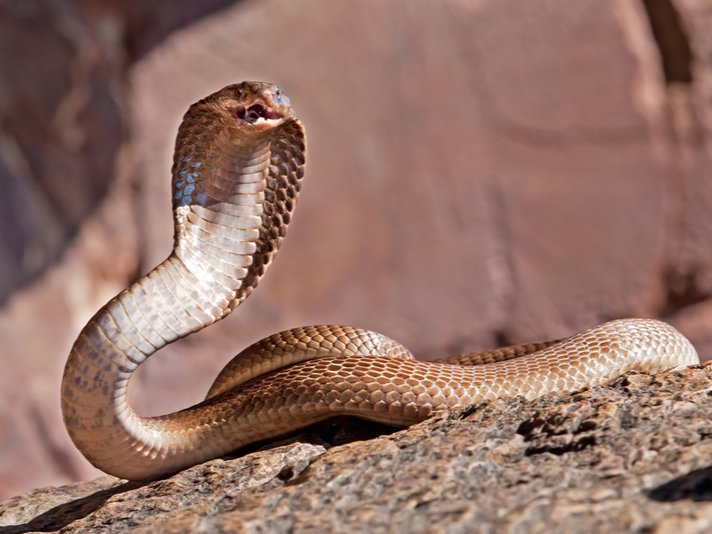 When Maritz and his colleagues found the snakes in question, Cape cobras, the larger reptile was already in the process of eating the smaller one.

“Instead of capturing two potential study animals, we found one well-fed study animal,” the researchers wrote in their paper, "The underappreciated extent of cannibalism and ophiophagy in African cobras," published in the journal Ecology.

Cobras are known to eat snakes as part of their diets, but for a cobra to eat one of its own species is seemingly a rare occurrence, so Maritz and his team of researchers set out to determine if indeed what they witnessed was a rare occurrence or if it happens more frequently than initially thought. So, they looked at the available scientific literature on ophiophagy, or snake eating, of the six cobra species that are native to Southern Africa.

They also looked at other anecdotal data of citizen scientists on a public Facebook group.

What they found was interesting. Five of the six cobra species of Africa were observed eating their own kind, and the Cape cobra eating its own comprised four percent of the feeding observations that were counted in the study. This was interesting, according to National Geographic in that a study conducted 11 years ago detailed no such tendencies of the species to eat its own.

“The potential link between male-male combat and cannibalism is tantalizing,” Maritz told National Geographic. Even though there was no documentation of females cannibalizing their own species, it is entirely possible.