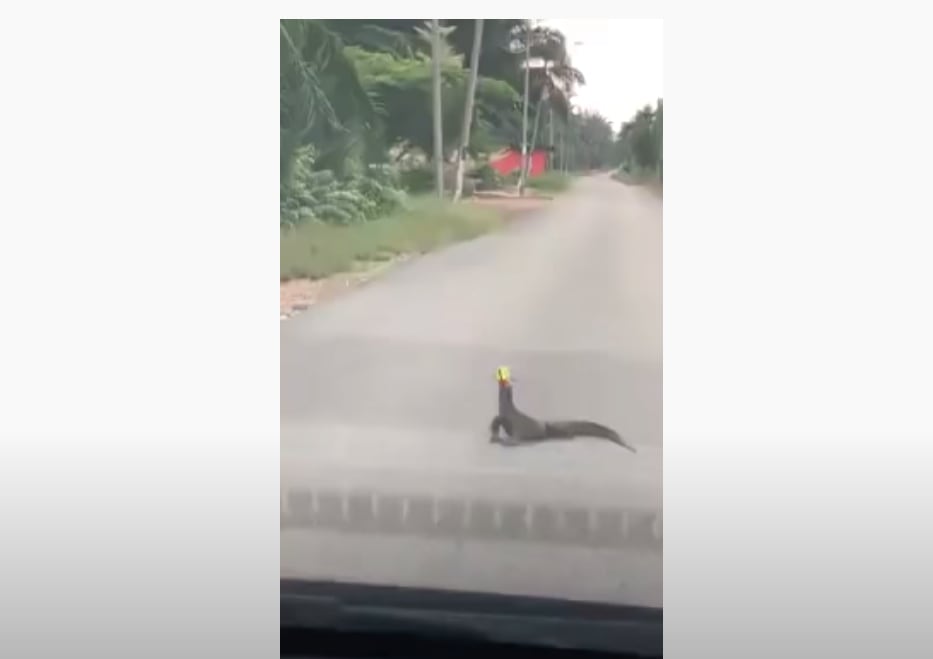 After four attempts the man was successful in removing the can from the lizard's nose.

A young man in Malaysia noticed a monitor lizard with a can stuck on its nose and stopped on the street to remove the obstruction from the reptile, earning so much praise in Malaysia that the Malaysia Animal Association wants to identify him to award him the 'Noble Animal Malaysia' award for his efforts, even though he seemed afraid to help the reptile.

The video, all of 51 seconds, shows the rescuer, dressed in Baju Melayu for the Hari Raya Aidilfitri celebrations, tentatively walk up to the monitor lizard and attempt to dislodge the can from the reptile four times. Each time the young man is seemingly unsure of what the lizard might do as he cautiously tries to remove the can. On the fourth attempt, the rescuer was successful in removing the can. The rescuer moves out of the field of view of the camera and the video ends.

"This is praiseworthy," the Malaysia Animal Association wrote on social media. Even though it is categorized as a wild animal, there is no reason we should not help it." We are very proud that Malaysians have this awareness," association president Arie Dwi Andika told the New Straits Times.

There are several species of monitor lizard in Malaysia, including the Bengal or clouded monitor lizard (Varanus bengalensis) and the Asian water monitor  (Varanus salvator). It is unclear what this species was, but it definitely has a friend in its rescuer.