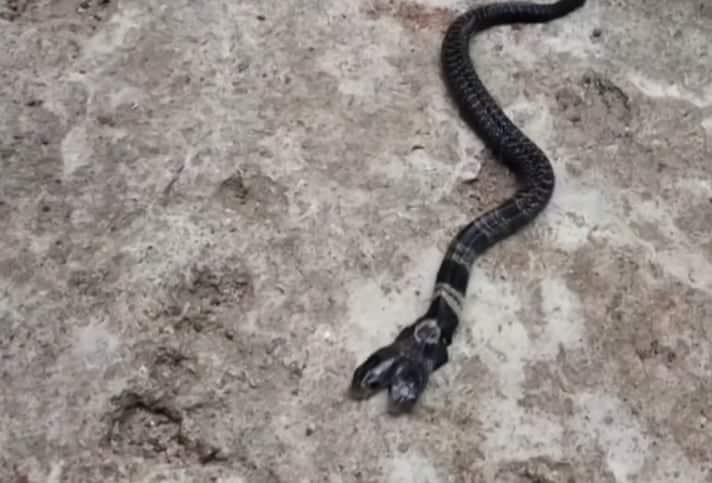 Two-headed snakes are rare, but not uncommon.

A two-headed monocled cobra (Naja kaouthia) was found in India’s West Bengal state. The reptile is a juvenile and has two distinct heads and what appears to be a single neck.

The snake appeared to be in good health, but it is unclear what would become of it. Herpetologist Kaustav Chakraborty with the state’s forest department says a team from the forest department were unable to obtain the reptile because villagers hold mythical beliefs about the snake’s two heads. Chakraborty noted that if the snake is kept in captivity, its lifespan could be further enhanced than if it was left in the wild, where it would be vulnerable.

Two-headed reptiles are rare, but not uncommon. Two-headed cobras, however, might be a bit more rare.

The monocled cobra (Naja kaouthia) is native to South Asia and Southeast Asia. The snake can be found in India, China, Vietnam, and Cambodia, as well as Malaysia, Bangladesh, Bhutan, Myanmar, Laos, Nepal, and Thailand. It’s length ranges from 4 to 5 feet with a maximum length of about 7.5 feet. Its venom is one of the fastest acting in the world, capable of causing death within an hour of envemonation.