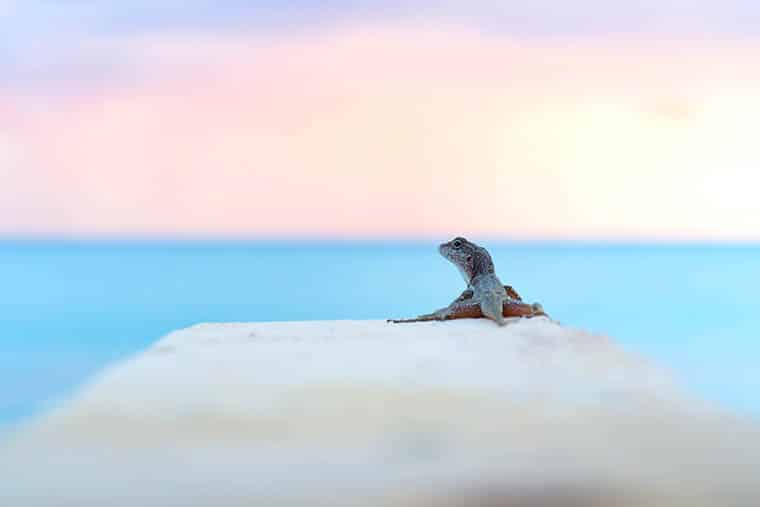 Not only can the Puerto Rican crested anole tolerate cold more than its island counterparts, it evolved to better deal with heat.

Researchers with Washington University in St. Louis, MO and University of California, Los Angeles have found that lizards which live in cities evolved to better withstand the heat of the city than the same lizards found in nearby forests. In the cities, the lizards, Puerto Rican crested anoles (Anolis cristatellus), have to deal with hot surfaces such as metal fences, concrete walls and asphalt, surfaces that their forest counterparts don't have to interact with. This is the same lizard species that tolerates cold weather in Florida better than its island counterparts. 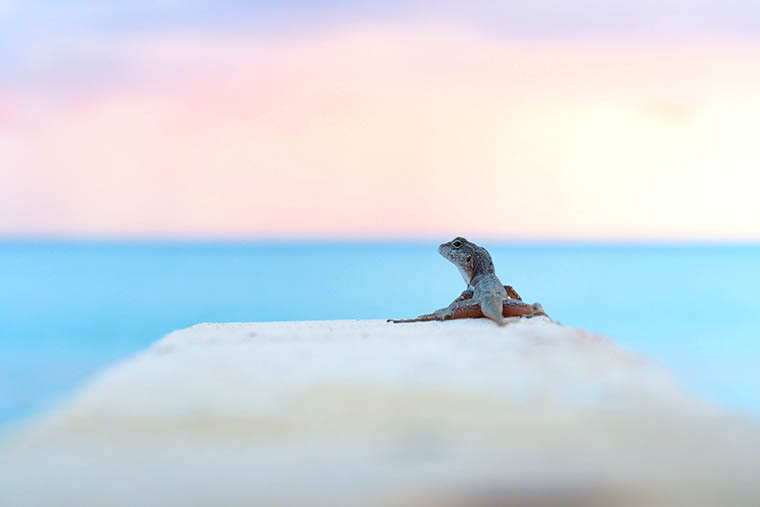 Lizards living in urban environments have adapted to better deal with hot surfaces that they encounter in cities.

The researchers examined 150 lizards from four municipalities in Puerto Rico and paired each lizard from the city with a lizard from a forest in close proximity. The lizards were placed on their back to see how quickly they would be able to right themselves, while slowly increasing the temperature of the surface the reptiles were laid upon. The test ended when the reptile was unable to right itself. Each lizard was then given a cool water bath to bring their body temperatures to a normal range. The researchers also took tissue samples and performed genetic testing that "revealed different patterns of gene expression in the tissues from city and forest lizards exposed to different temperatures."

"Urban lizards are exposed to higher temperatures, consistent with the urban heat island effect," biologist Kristin Winchell, postdoctoral research associate in the Losos laboratory in Arts & Sciences said in a Washington University article. The urban heat island effect is an area that is warmer than close proximity natural surroundings due to human activity. "We found that they are able to maintain their function at temperatures of about 0.82 degrees C (or 1.47 F) higher on average across all populations."

They also found that a single gene variant that addresses thermal tolerance differed between the forest and city lizards. Winchell and her colleagues believe that natural selection in these reptiles is selecting for the capability of the lizards to respond to higher temperatures when needed. "Better heat tolerance can make all the difference in an urban habitat," Winchell said. "Whether it's being able to stay active during longer parts of the day or being able to occupy perches that reach higher temperatures, it expands their niche space."

“One of the unique and exciting things for me about this study is that we’re able to simultaneously address this question about the repeatability of evolution at several different levels of biological organization,”  Shane Campbell-Staton, assistant professor at UCLA said.

“Starting at the whole organism level, we clearly see that urban lizards are able to maintain functioning at significantly higher temperatures than their forest counterparts.

“Then, when we look at all the genes that are being differentially expressed, we see pretty high repeatability in how those large suites of genes are changing as well,” he said. “But if you zoom in even further, we found not only a single gene, but what seems to be a single polymorphism that is repeatedly under selection in these urban heat islands as well, which is fascinating.”

An abstract of the study, "Parallel selection on thermal physiology facilitates repeated adaptation of city lizards to urban heat islands," can be read on the Nature Ecology & Evolution website.