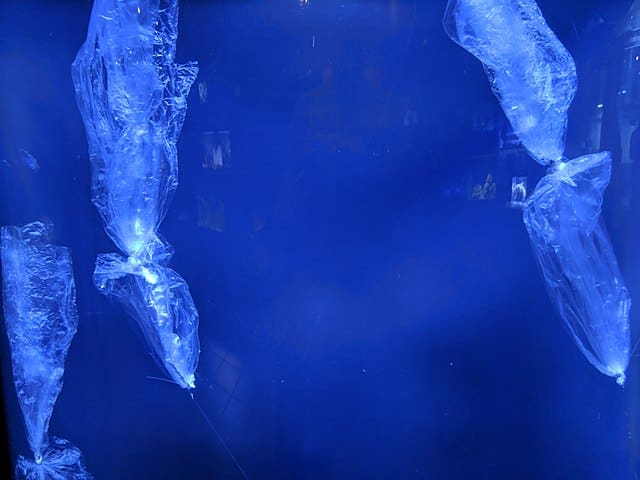 As Plastic Soaks In The Ocean It Begins To Smell Like Food, And Sea Turtles Ingest It

Plastic in the ocean is coated with algae and microorganisms that the turtles mistake for food. 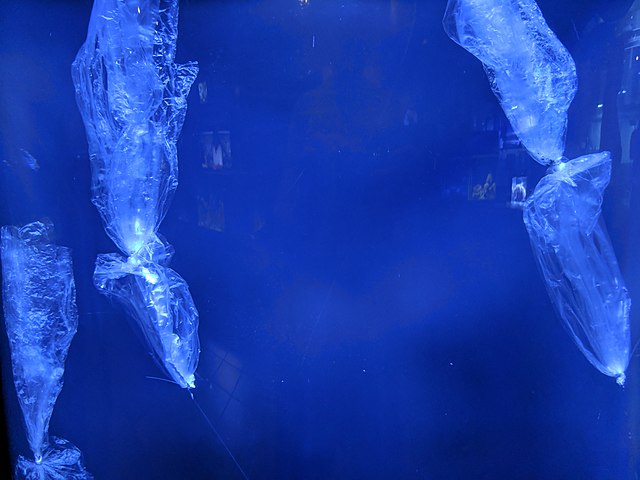 Mote Marine Lab exhibit showing plastic resemblace to jellies. Not only do plastic bags resemble jellyfish to sea turtles, they smell like food too.

The study, “Odors from marine plastic debris elicit foraging behavior in sea turtles,” was published in the journal Current Biology March 9 and says that it takes only one week for a piece of plastic to begin smelling like food to the reptiles.

“This finding is important because it’s the first demonstration that the odor of ocean plastics causes animals to eat them,” said Kenneth J. Lohmann, Charles P. Postelle, Jr. Distinguished Professor of Biology at Carolina. “It’s common to find loggerhead turtles with their digestive systems fully or partially blocked because they’ve eaten plastic materials. There also are increasing reports of sea turtles that have become ill and stranded on the beach due to their ingestion of plastic.”

You can't always judge a book by its cover! This turtle was recovering from a simple hook removal surgery when it began…

In a lab setting, the researchers compared how sea turtles responded to clean plastic and water, and plastic that had been soaked in the ocean for a period of time. The turtles ignored the smell of clean plastic and clean water but started exhibiting foraging behavior when introduced to the ocean-soaked plastic. This included rising to the surface to try and smell the food source and actively looking for a food source. No turtle ingested the plastic, and after the study, the turtles were released back into the ocean.

“Very young turtles feed at the surface, and plastics that float on the surface of the ocean affect them,” Kayla M. Goforth, a Carolina biology doctoral student who worked on the study said in a university news article. “Older turtles feed further down in the water column, sometimes on the ocean bottom. Regardless of where plastics are distributed in the ocean, turtles are likely to eat them.”

Like many other marine animals, sea turtles are known to ingest plastic and even die from plastic blockages in their digestive tracts. A 2013 study by Australian scientists with the University of Queensland and the Scientific and Industrial Research Organization (CSIRO) said that sea turtles are ingesting more plastic than they were 25 years ago. According to the U.S. Environmental Protection Agency, hundreds of thousands of animals die or are maimed each year by plastic bags and plastic trash that end up in the environment. Sea turtles, from hatchlings to adults, have been documented ingesting all manner of plastic, mistaking plastic for food items.

“In parts of the Pacific Ocean there are huge areas covered with floating plastic debris,” Lohmann said. “One concern this study raises is that dense concentrations of plastics may make turtles – or other species – think the area is an abundant source of food. These areas may draw in marine mammals, fish and birds because the area smells like a good foraging ground. Once these plastics are in the ocean, we don’t have a good way to remove them or prevent them from smelling like food. The best thing we can do is to keep plastic from getting into the ocean at all.”

To prevent plastic from entering the ocean in the first place, the university recommends recycling, using reusable or paper shopping bags, and disposing of trash properly. Other ways you can reduce your plastic footprint include refusing items encased in plastic, purchasing up cycled products and reusing or repurposing existing plastic items. Keep it out of the ocean and help the sea turtles.

The complete research paper can be downloaded here.