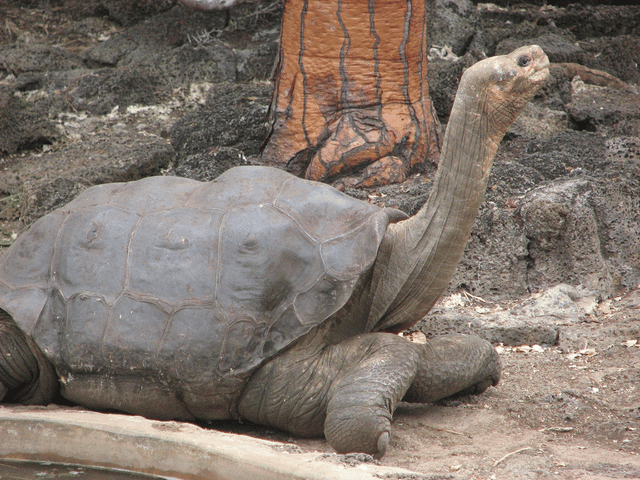 The tortoise will be part of a breeding program to bolster the population of the Pinta Island tortoise. 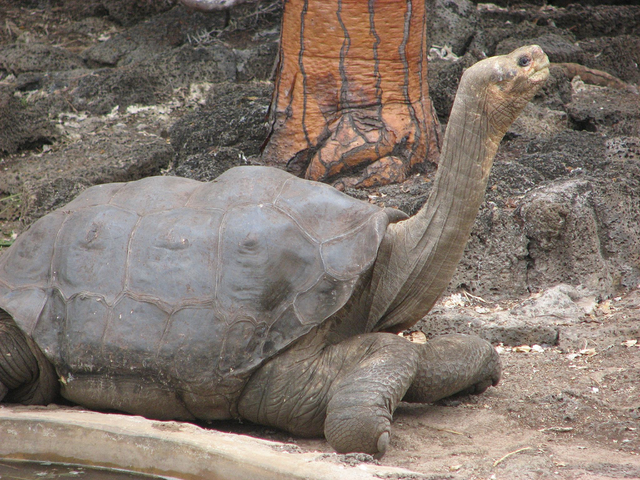 According to the State University of New York, Dr. James Gibbs, of the university’s College of Environmental Science and Forestry (ESF), assisted with an expedition on Isabela island to locate a previously tagged Galapagos tortoise. That tortoise is a young female with 16 percent C.n.abingdoni genes lives with an estimated 8,000 other tortoises on Wolf Volcano on the island.

"We had tagged her previously," Gibbs said. "The discovery creates the opportunity to continue the species in some form. It's not a perfect form, but we've captured some of the Pinta Island tortoise's genome now, which will let us build a breeding program for repopulating tortoises on Pinta Island."

"Hundreds of years of human activity has taken its toll on the Galapagos tortoise population," Gibbs said in a statement on the university’s website. "Mostly people have killed tortoises for food. But some have also moved tortoises around the archipelago, which is likely how the trove of tortoises from other islands got established. Fortunately, with these hybrids now in captivity, we can start to recover two species of tortoises long given up as extinct."

Scientists studying the Galapagos tortoise have determined that the once thought extinct Chelonoidis elephantopus species that lived on Floreana Island is living on Isabela Island based on a 2011 DNA analysis of more than 1600 tortoises living on Isabela.

Attempts to breed Lonesome George in the past were unsuccessful. The latest attempt occurred in 2011 when George was placed in the company of two Hood island female Galapagos tortoises (C. n. hoodensis), which also resulted in no offspring. These tortoise remained with George until his demise.