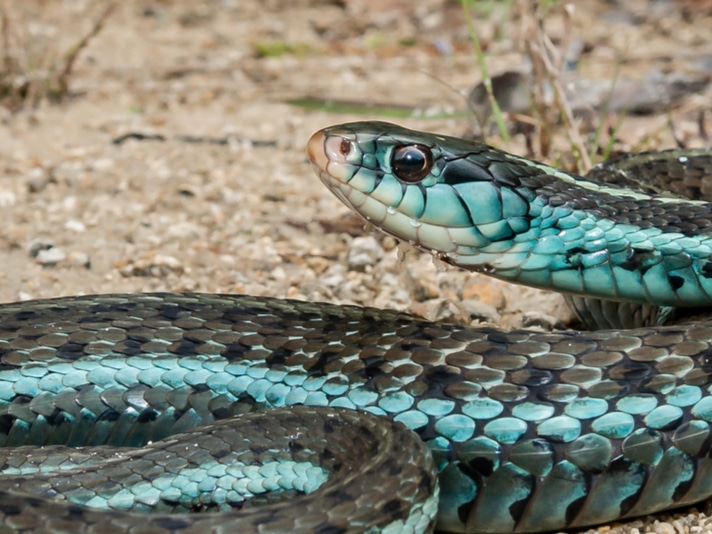 Herp Queries: Finding The Next Big Thing In The Reptile Trade

Question: I’m sure many snake fans have noticed, the same handful of types are all I’m seeing at shows. It’s getting monotonous.

I’m sure many snake fans have noticed, the same handful of types are all I’m seeing at shows. It’s getting monotonous. We need some new types badly! Can you suggest some native snakes that would be good to keep, and that I should consider breeding?
Ronnie Pendar, Winter Haven, Fl. 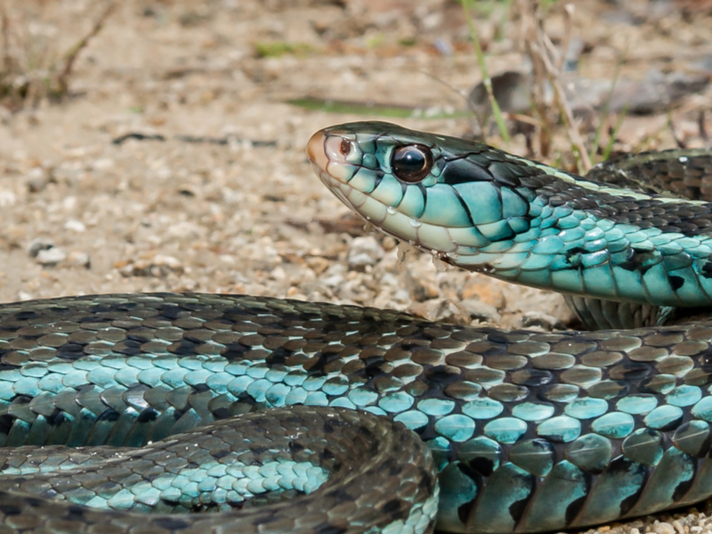 Garter snakes have been all but forgotten, except by a handful of dedicated breeders.

Simply catching and propagating new species of snakes that are not conspicuous in the trade won’t necessarily work as easily as one might hope. Seasoned herpers are always on the lookout for the next big thing. For the majority of people, the several dozen species already entrenched are providing the variety needed. New ones are going to have to jump hurdles to grab the public’s attention. Ideally, they’ll need to offer something not yet available with the established types.

Firstly, they’ll need to pass the “hatband test”—in other words, they’ll have to be attractive in pattern and color to be alluring. They’ll have to impress even non-herpers, possibly by prompting them to comment something such as, “That snake’s skin sure would make a pretty hatband [or belt, or pair of shoes]!” If a snake can inspire a remark like that, it’s going to have broad appeal. True herpers don’t need such a crude comparison, but it’s a way to gauge overall interest in the attractiveness of a herp.
Next, the candidate species must possess other traits that endear it to people. Just think for a moment what makes ball pythons and corn snakes so popular:

Newcomer snakes will have to compete favorably with the established types that are dominating the market today, to find their own niche.

I’ve always admired the garter snakes of the genus Thamnophis, especially the ones that sport brilliant blue, red and orange coloration. They’ve been all but forgotten, except by a handful of dedicated breeders. Their demerits in the past were for temperament and “inconvenient” food preferences, but those issues have been evaporating with successive captive-bred generations of garter snakes. They will still squirt musk sometimes, but that small imperfection will gradually disappear with improved docility over generations.

It seems that many reptiles are in trouble—most animals, in fact. I believe the collecting of rare reptiles for sale is an important factor, but a distant second after the loss of their natural habitats. How do you view making money on rare and endangered species?
Constance Tristan, Edinburg, Texas

I’ve digested opinions running both sides of this spectrum for years and have come to some conclusions of my own. They’re not necessarily any more accurate than the next one, but they are based on more than four decades around herps, both in the field and within the pet industry. I tend to be an optimist, too, and pro herpetoculture, so keep that in mind because it admittedly “taints” my answer with an automatic, but still informed, bias.
You nailed the biggest problem right out of the gate: habitat alteration and destruction for human use. There appears no change in sight for the next 50 years, in my estimation. I think people will go on doing as they’re doing until things get much, much worse than they are now. That includes making money at the expense of dwindling species, but let’s first look at who’s profiting from endangered species.

Mainstream business owners, hobbyists and breeders have attracted some bad press, being portrayed as the wolves preying upon wildlife. However, another huge, growing and largely hidden contingency is also conveniently profiting from the situation.
Protecting wildlife began as a heart-felt effort by concerned citizens and governmental agencies in response to the growing interest in wildlife for pets and products made from animal skins. In many cases, this demand was coming largely from a small handful of “rich” countries, such as the U.S. To combat this demand, restrictive legislation was enforced that made increasing numbers of species illegal to import.

Once the legislation momentum got rolling, it became almost trendy to petition federal and state governments to add additional species to the forbidden lists. Anyone could propose an addition by submitting their reasons for official review. Everyone and their brother could also initiate a campaign to protect their favorite species if they presented it with some credible backing that supported their demands. Many people bought into the idea that once an animal was listed, its troubles were essentially over.

This widespread belief was largely predicated on the notion that collecting herps (and this applies to other animals, too) for the pet trade was the main cause behind their threatened status in the wild. The laws were supposed to help by curbing the trade in truly rare types, but they also distracted the public’s attention greatly from habitat loss, which was the biggest culprit. This was ignored for the most part because it was, and is, a huge, intractable problem that can’t easily be stopped.

Hundreds of organizations quickly formed (and continue to form) to support this conservation strategy. The whole process morphed and metastasized into a humongous money-making enterprise, earning livings—some very plush—for many people.
One of their tactics is simple: Turn the general public against people who keep herps as pets by labeling them as the bad guys, because they are the reason the herp trade even exists. Herp owners are painted as consumers of animals, bottomless pits that swallow wildlife and give nothing back. Cats and dogs make great pets, why do these oddballs need herps, too?

Captive-breeding efforts are totally ignored. Why inform the public that herpetoculture was making major progress in providing a viable alternative to wild-caught animals? Because doing so might give people hope and squelch the donations that are the lifeblood of many conservation groups. Is it any wonder we’re seeing a burgeoning load of new laws on the horizon? Too many people now depend on them to stay employed.
As long as there’s a demand people will collect rare animals, but there’s a hidden silver lining that’s been progressing since at least the 1970s: herpetoculture and captive breeding. Millions of breeders worldwide have taken up the challenge. Supplying a “product” (captive-bred reptile pets) that is in demand works in regard to herpetoculture just as with any other enterprise.

Recognizing that animals have commercial value is a first step toward reversing the current mindset that has herpers being demonized by many pseudo-conservation groups striving for their version of a perfect world. Currently, these groups are stalling potential progress that could be made toward saving imperiled species by devoting captive-breeding programs to them.
Dave and Tracy Barker have discussed these ideas at length in their new book, The Invisible Ark: In Defense of Captivity (2014). This unique publication is available through the Barkers’ website, VPI.com.