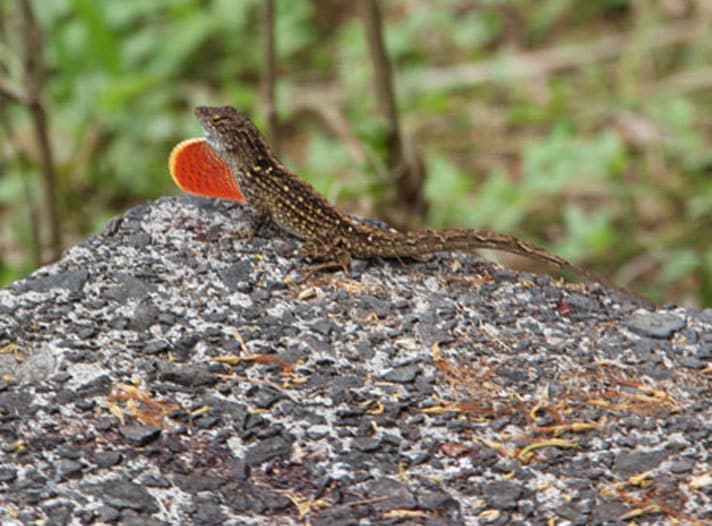 The brown anole has essentially stopped evolving because it may not need to.

The Cuban brown anole (Anolis sagrei), one of the most invasive and adaptable reptiles on the planet, has reached its evolutionary dead end, according to researchers with the Smithsonian Tropical Research Institute in Panama. 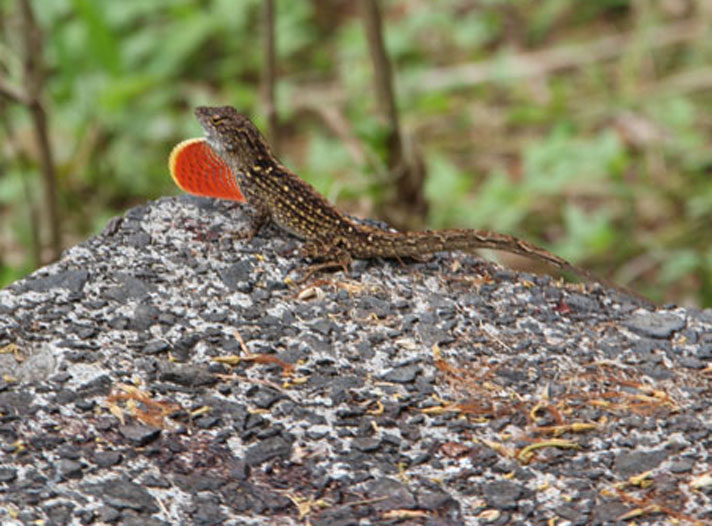 The reptile, which has made its home throughout much of the Western Hemisphere and as Far East as Hawaii and Singapore, has not evolved much to pass new traits to deal with such issues as rising temperatures.

"Brown anoles have huge population sizes and therefore should have loads of genetic variation in most traits, permitting rapid adaptation," Michael Logan, post-doctoral fellow at the Smithsonian Tropical Research Institute in Panama said in a press release. "Instead, we found that genetic variation in several traits that are critical under climate change is basically zero."

"If genetic variation in thermal traits is rock bottom for a species like the brown anole that has huge population sizes and a super-wide geographic distribution," Logan said, "what will it be for most other species that typically have much smaller population sizes and live relatively isolated, specialized lifestyles?"

Logan and his team collected brown anoles from two disparate locations in the Bahamas. One location is cool and forested, while the other location is a hot peninsula with less shade. The researchers then captive-bred lizards from the forest location with that of the hotter peninsula location and then conducted, for lack of a better term, agility trials to see how the combined offspring would fare. They used a high speed camera to capture the offspring running across a wooden dowel rod while at different body temperatures, and then used gel packs and heat lamps to create environments of differing temperatures, ranging from 20 degrees Celsius to 48 degrees Celsius, recording how the lizards moved and adapted to change in temperature. Their analysis determined that while the lizards were able to adapt to their environments, the genetic make up of the reptiles suggested to the researchers that they had very little built-in capability to inherit traits that would help them to evolve as the climate changes.

What is interesting to note that Anolis lizards have been around for more than 20 million years and have largely remained unchanged. This may be a reason why they have reached a dead end. They may have already adapted enough to different environments that they don't need to change genetically.

The little brown lizard is not, in essence, changing with the times, unlike the green anole  (Anolis carolinensis) in Florida, which evolved, in as little as 15 years, to enable them to climb higher in trees and more easily latch onto thinner tree branches– all to avoid the invasive brown anole.