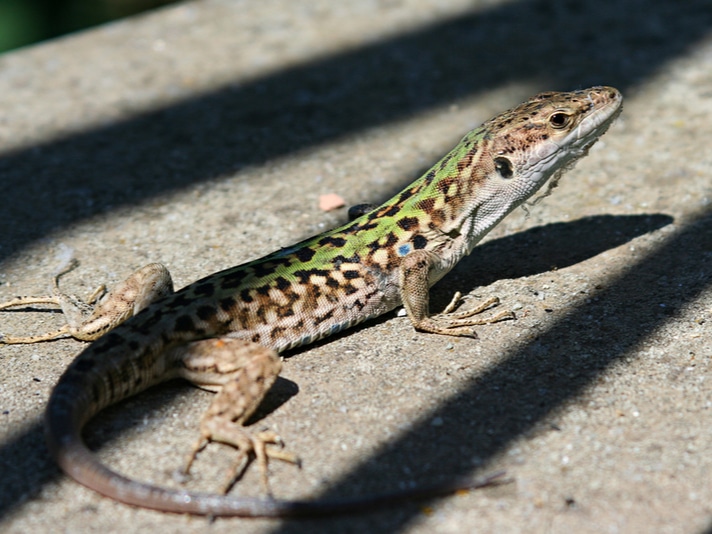 This may be the first documented case of an Aegean wall lizard feeding on its own species.

Researchers conducting studies of a subspecies of Aegean wall lizard (Podarcis erhardii mykonensis) on the Greek Island of Siros, have witnessed cannibalistic tendencies in the species, which has apprently not been documented before.

Quantitative and systems biology doctoral student Kinsey Brock, and Indiana Madden, an undergraduate field assistant at the School of Natural Sciences, at the University of California, Merced were in the Aegean Islands conducting research on the reptiles when Madden happened upon a lizard with the severed half of another lizard in its mouth.

“I was catching lizards for Kinsey’s Ph.D. project when I saw a large male lizard perched on a stone wall thrashing its head with something in its mouth,”  Indiana Madden, an undergraduate field assistant at the School of Natural Sciences, University of California, Merced, said in a press release put out by the university. “I thought it was eating a butterfly or something because it was pretty big, so I got closer to try to noose it. I was about three steps away when it turned around and I saw that it had the severed upper torso of another adult lizard of the same species!”

“The cannibal didn’t run immediately,” Madden said. “It just kind of stared at me with the corpse hanging out of its mouth — long enough for me to take a picture — then it ran away with its prey still clutched in its jaws.”

The Aegean Islands are a prime location to study the evolution of lizards, as the islands were once connected and the land masses that split up to make the islands caused the reptiles to have to adapt or perish, the researchers noted. 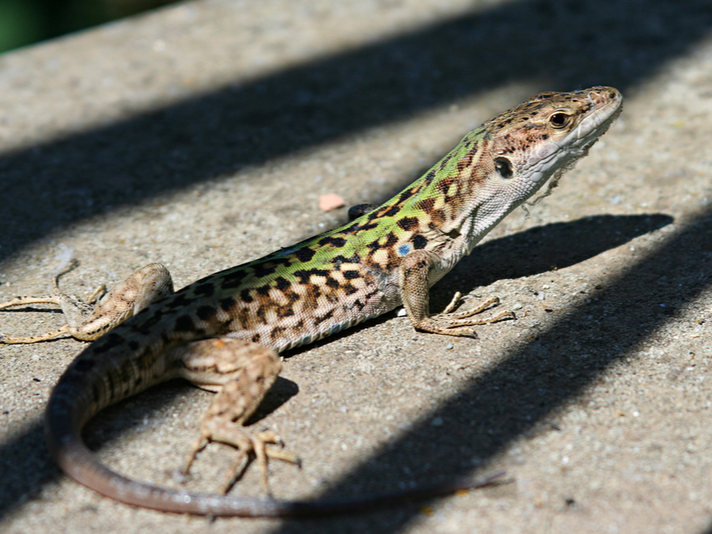 Wall lizards are found throughout much of southeast Europe, including the Aegean islands.

The lizards, Brock says, have adapted differently based on outside factors. For example, on islands with no predators, the lizards look similar to each other and have relatively simple diets, are more aggressive and have stronger bite forces. When found in localities with diverse vegetation, Their diets are also more varied, and the coloration, pattern, and the size of the lizards vary within the population.

It is unknown as to why the Aegean wall lizard is cannibalistic, especially given the abundance of food sources on Siros, but the researchers have their theories.

“Cannibalism provides an opportunity that’s probably too good to pass up,” Madden said. “Not only can you get vital nutrients and energy that might otherwise not be available in your environment, but you also eliminate a potential competitor — for food, mates, territory, etc.”

“What’s interesting about this case is that there were plenty of insects — the primary food of P. erhardii, around where we found the cannibal. Yet an extreme case of adult-on-adult cannibalism occurred,” Madden said. “It sounds morbid to us, but if you’re a male lizard whose instinct is to control as much territory, get big and strong, and mate — as much as possible — then it makes sense why an animal would consume another competitor.”

The paper detailing the cannibalistic encounter of the lizard, "An extreme record of cannibalism in Podarcis erhardii mykonensis (Reptilia: Lacertidae) from Siros island, Cyclades, Greece" can be read on Herpetology Notes.