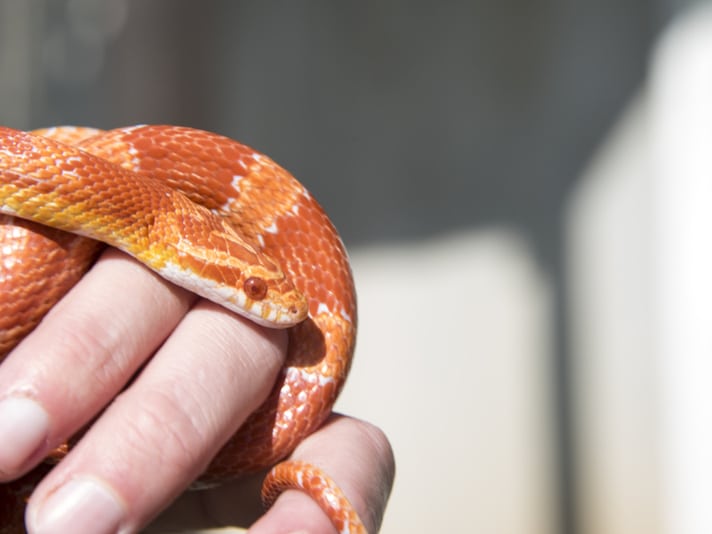 Anna Cornda didn't get very far before he was rescued by firefighters.

A 5-foot pet corn snake (Pantherophis guttata) named Anna Cornda was rescued by firefighters in the residential area of Fratton, in Portsmouth, Hampshire, England, after it escaped its enclosure and crawled outside its keeper’s loft.

Five-foot corn #Snake named Anna Cornda was captured by one of our animal rescue experts in a loft in #Fratton Portsmouth after the reptile had escaped @HFRSanimal @ChrisGPackham #TeamHants #SnakesInARoof 🐍 pic.twitter.com/0j7LGaEhKF

“I must admit I did a bit of a double-take when I looked at my job list to see my next call-out was logged as: ‘Snake on roof,’” RSPCA inspector Alan Browning told The Press Association.

“The caller said the snake had escaped and slithered into the eaves of the loft before getting outside and was now stuck on the roof of the two-storey house.”
An animal rescue adviser with the Hampshire Fire & Rescue Service had to partially remove an upstairs window, which enabled the snake to crawl back into the room. 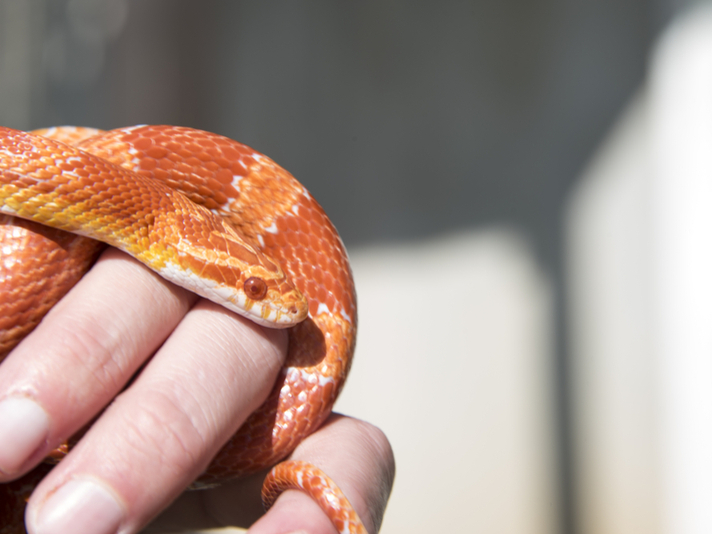 Snakes are escape artists and corn snakes are no exception.

“When he retreated back into the loft space we were able to apprehend him so I could give him a check-up,” Browning said. “The corn snake wasn’t injured so I returned him to his very relieved owner.”

Most snakes are escape artists and corn snakes are no exception. Double check your enclosure to ensure your snake can't escape.