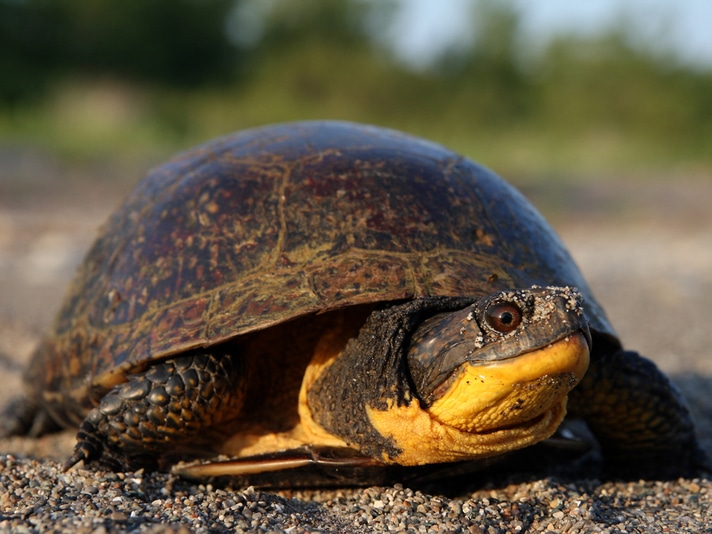 The Blanding’s turtle, (Emydoidea blandingii) an endangered North American species in much of its range, has put a wrench in an energy comp

The Blanding’s turtle, (Emydoidea blandingii) an endangered North American species in much of its range, has put a wrench in an energy company’s plan to put nine wind turbines on Canada’s Ostrander Point. A lower court had initially ruled in favor of the project, but Ontario’s Court of Appeal reversed that ruling, which reinstate’s a key finding of Ontario’s Environmental Review Tribunal that the project would do irreparable harm to the turtle if the project were to proceed as planned. 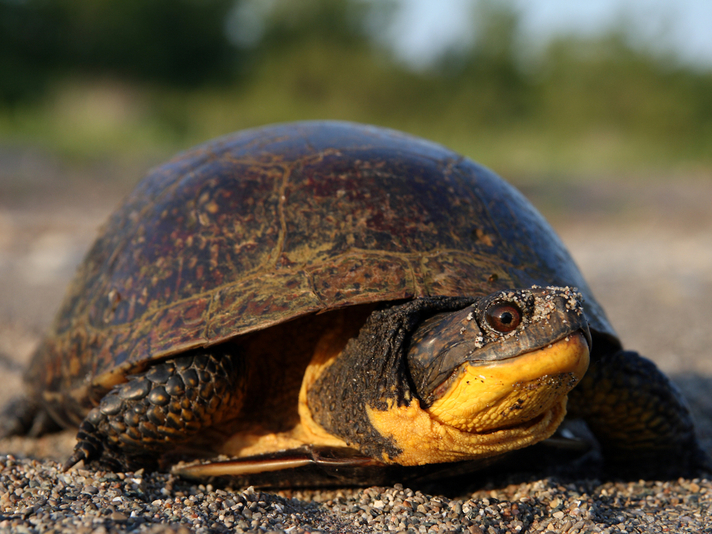 A wind turbine project has been halted until the power company finds an alternative solution that will protect the Blanding's turtle, an endangered species.

Canada Designates 75 Acres as Protected Habitat For The Blanding's Turtle

Initially, the project, by Canada’s Gilead Power with approval of the  Ontario Ministry of the Environment, called for access roads to be blocked off to public traffic via gates, but it is these very access roads that the Prince Edward County Field Naturalists say would cause harm to the turtles by virtue of them getting hit by vehicles driven by employees of the power company to service the turbines.

The project to build the wind turbines is not dead, it just means that Gilead Power and the Ontario Ministry of the Environment will have to come up with a solution that protects the turtles and its habitat.

The Prince Edward County Field Naturalists launched opposition to the wind tubbiness in 2007, claiming that the area in which the turbines would be stationed is rich in biodiversity and is an important area for migrating birds, bats and butterflies and is a breeding ground for a variety of birds, reptiles and amphibians.