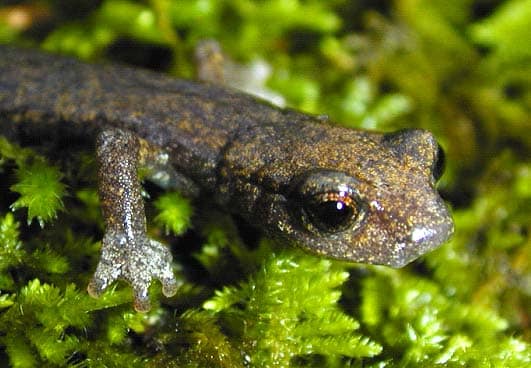 A UC Berkeley study has determined that the Shasta salamander is three distinct species.

Scientists at UC Berkeley’s Museum of Vertebrate Zoology published a research paper this month claiming that the Shasta salamander (Hydromantes shastae), an amphibian native to the vicinity of California’s Shasta Lake, is actually three species. And in spite of the notion that the salamander is three distinct species, according to the Center for Biological Diversity, there are fewer populations of each and they inhabit a smaller range. 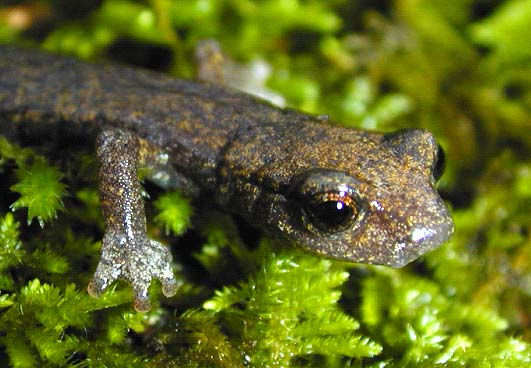 A UC Berkeley study has determined that the Shasta salamander is three distinct species.

The Berkeley researchers conducted tissue sample analysis and found there were high levels of genetic differentiation  that warranted the recognition of two additional species, the Samwel Shasta salamander and the Wintu Shasta salamander.

“This study shows Shasta County salamanders are even rarer than we thought and desperately need federal protection,” Jenny Loda, a Center for Biological Diversity biologist and attorney said in a statement released to the media. “Like too many California amphibians, these salamanders are spiraling toward extinction. To preserve these amazing animals, the Fish and Wildlife Service has to protect them quickly under the Endangered Species Act.”

According to the Center, the Shasta salamander is threatened by plans to raise the level of the Shasta Dam, limestone quarrying, the harvesting of trees in the region and roads.

The Shasta salamander grows to about 4 inches (10 cm) in length and is dar reddish brown in coloration with grayish green and tan-colored specks on its skin.  They have webbed toes that enable them to climb slippery rock surfaces, and brood their eggs in moist caves during the summer months, according to the Center.

“I hope that this new information will lead the Fish and Wildlife Service to prioritize protections for these unique salamanders,” Loda said. “With a near-perfect record at saving species from extinction, the Endangered Species Act is the best hope for saving these rare salamanders from extinction.” An abstract of the study,

"Phylogeography and Species Boundaries In the Hydromantes shastae Complex, With Description of Two New Species (Amphibia; Caudata; Plethodontidae)" can be read on the BioOne website.