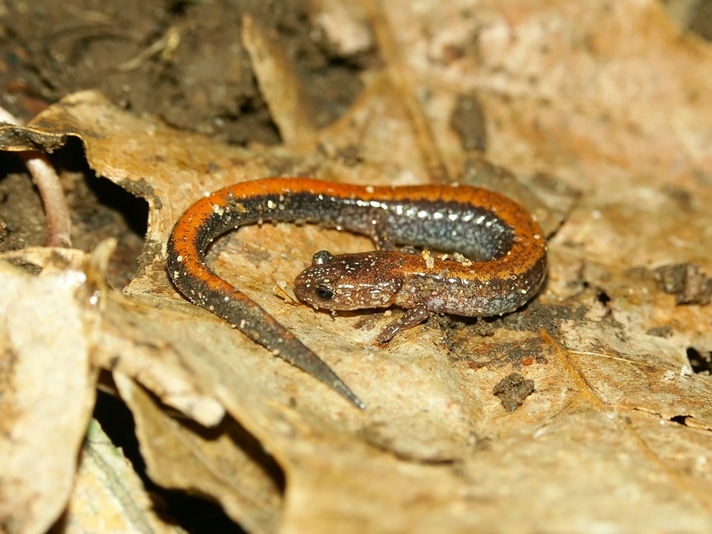 Good news for the southern red back salamander! Scientists conducting a study of the salamander (Plethodon serratus) biomass (meaning food source for other animals) in a single district of Missouri's Mark Twain National Forest have estimated that there are roughly 1,400 metric tons of the amphibian, or 1.8 billion individuals. This is two to four times higher than the scientists originally believed. 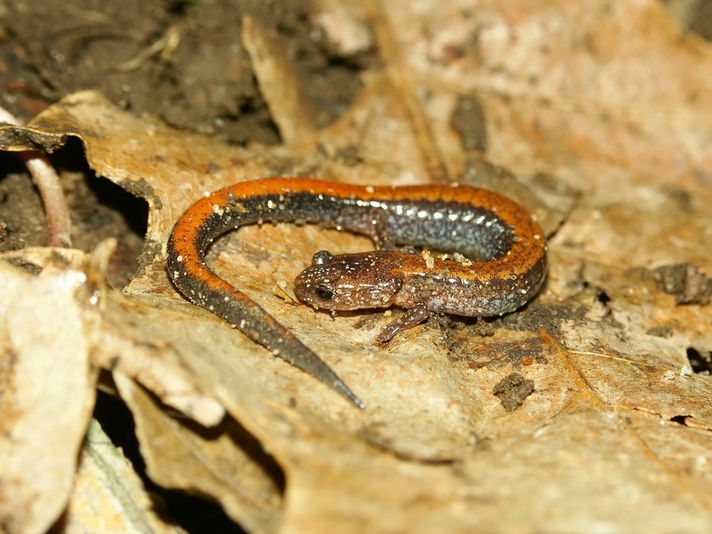 More than 1.8 billion southern red back salamanders are estimated to live in a single region of the Mark Twain National Forest in Missouri.

The study, conducted by  Ray Semlitsch, the Curators Professor of Biological Sciences in the College of Arts and Science at the University of Missouri and graduate student Katie O’Donnell, used the latest research methods to estimate abundance. This involved capturing the salamanders when they were on the forest floor over the course of two years, and taking into account that they spend most of there time underground, used statistical modeling that they say portrays a more accurate accounting “variation in salamander population density.”

“Our abundance models also take into account environmental factors,” Semlitsch said in a statement released by the university. “Factors such as date of collection, time since last rainfall, slope of the terrain and forest canopy cover are plugged into the model to help predict variation in the surface population over time; that’s what makes our model so powerful. The hidden biodiversity of amphibians is something we don’t generally consider; we forget that salamanders are nocturnal and mostly unobserved. Therefore, I think most will be amazed at the quantities of food (aning salamanders) out there that we just don’t see.”

An abstract of Semlitsch’s study “Abundance, biomass production, nutrient content, and the possible role of terrestrial salamanders in Missouri Ozark forest ecosystems” can be read in the Canadian Journal of Zoology website.