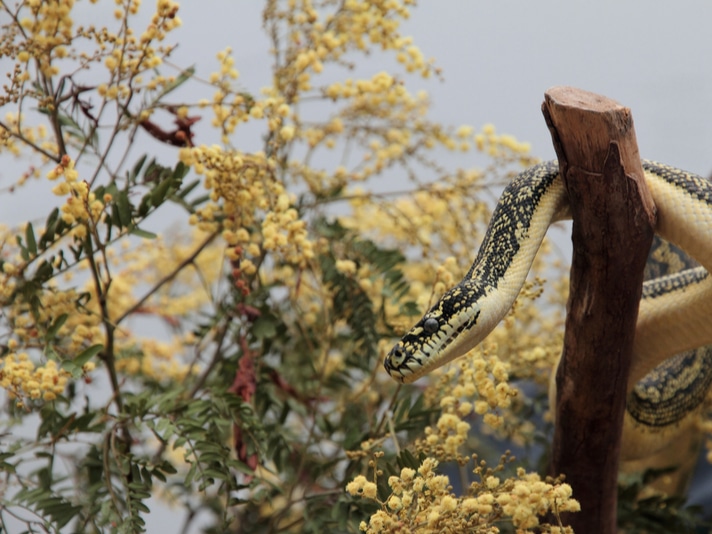 The dueling duo were released about a mile away from the home in which they were removed.

Coastal carpet pythons are prevalent in Australia and are often the reason why snake catchers are called to residences for removal. Snake catcher Lana Field of Snake Catchers Brisbane Ipswich, Logan & Gold Coast, got a twofer over the weekend when she and her partner were called to a residence to remove not one, but two male coastal carpet pythons that had crashed through a ceiling duct during a brawl for the right to mate with a female python.

"This pair has been a bit naughty," Field said in a Facebook Live video that was posted to the Snake Catchers Facebook page. "They have pushed their way through from the ceiling and left a bit of a mess."

The dueling snakes were evenly matched, close to 6 feet in length, Field estimated. 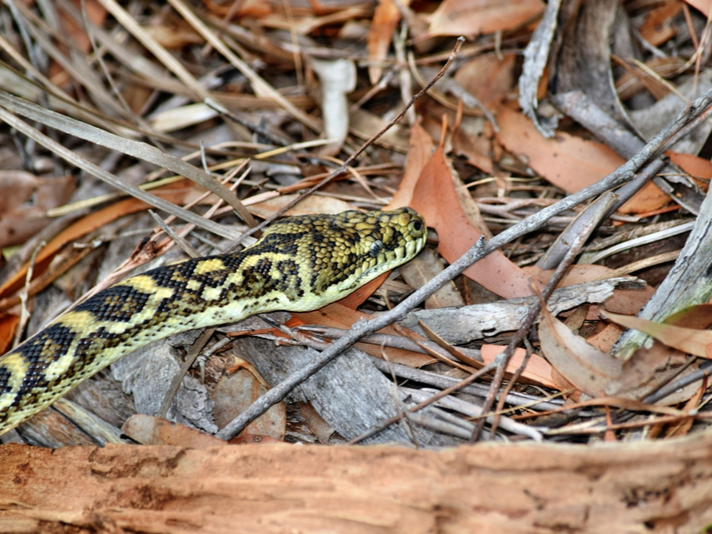 Carpet pythons are native to Australia and New Guinea and are a medium-sized python.

"They can continue like this for hours until one is exhausted," Field said. After recording the snakes in their dueling embrace, the reptiles were captured and moved about a mile from the residence, hopefully far enough away that they won't be returning. As for the female? She was never found. Field said that the two males were on the trail of the female when they encountered each other, which led to the duel.

Carpet pythons are native to Australia and New Guinea and are a medium-sized python. They are called carpet pythons due to their beautiful colorations that some say look like the patterns and colors of the woven carpets of the Middle East. There are a range of subspecies of carpet python and they are also widely bred in the reptile hobby. They can live 20+ years and can grow up to about 9 feet in length, depending on the subspecies.