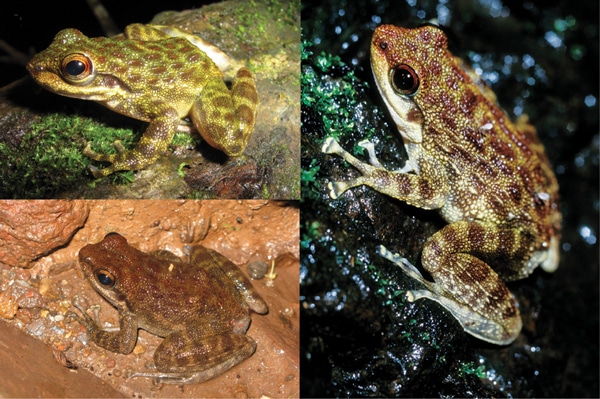 One species of torrent frog discovered in West Africa of the genus Odontobatrachus, and previously thought the only species in the genus, is actually five distinct frogs, according to new research published in the journal Pensoft Zoosystematics and Evolution.

Scientists conducted research of 150 adult frogs at the molecular level and combined that with biogeographic separation analysis to conclude the frog is actually five operational taxonomic units, or separate species, which resulted in a species-complex.

In addition to the already known Odontobatrachus natator, the new species include Odontobatrachus arndti, O. fouta,  O. smithi,  O. ziama. The frogs occur in western Upper Guinea and Sierra Leone, residing in the forest zone. These frogs are considered to be medium to large size frogs. 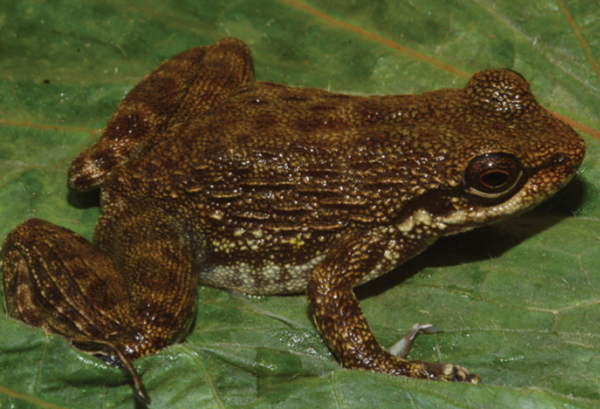 Odontobatrachus ziama is a mottled brown with a whitish belly and what appears to be lateral ridges on the side.

Odontobatrachus smithi can appear camouflage green with knight and dark green colors in the mix as well as dark brown and greenish coloration. It also features distinct dorsal ridges averaging five to six ridges per body.

Odontobatrachus fouta appears dark brownish to greenish with dark blotches on its side. It also sports a reticulated pattern on its belly. The female is browner than the male, while the male appears more green with a hint of yellow splotches.

Odontobatrachus arndti can appear light greenish yellow with brown spots to to a mottled green and brown to beige coloration with brown spots. Its belly tends to be white to yellow. 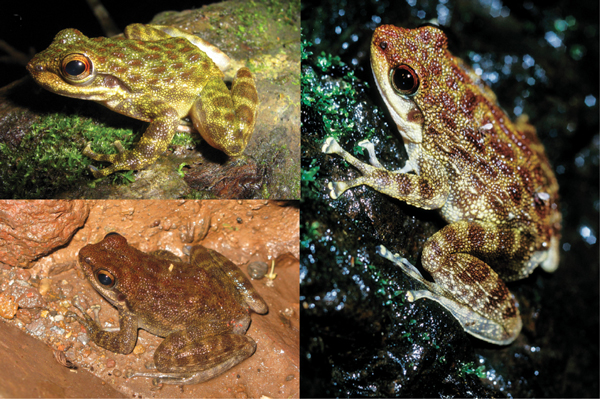 The full paper on these new species can be found on the Pensoft Journal website.