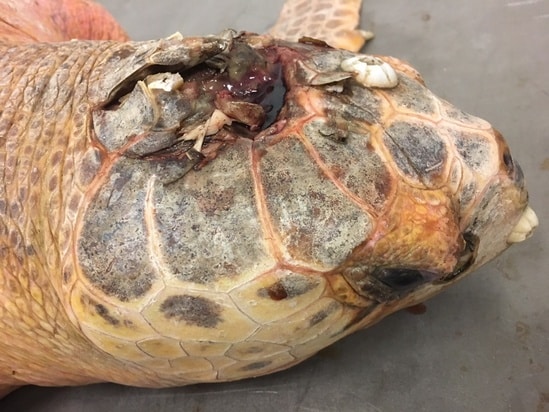 The loggerhead sea turtle's injuries were so severe it had to be euthanized.

A loggerhead sea turtle (Caretta caretta) was found August 26 along southern Core Sound near Smyrna in Carteret County, NC with a lethal injury on its head and the National Oceanic and Atmospheric Administration’s Office of Law Enforcement is seeking out any information regarding the incident as it believes the injury was deliberate, according to NOAA. 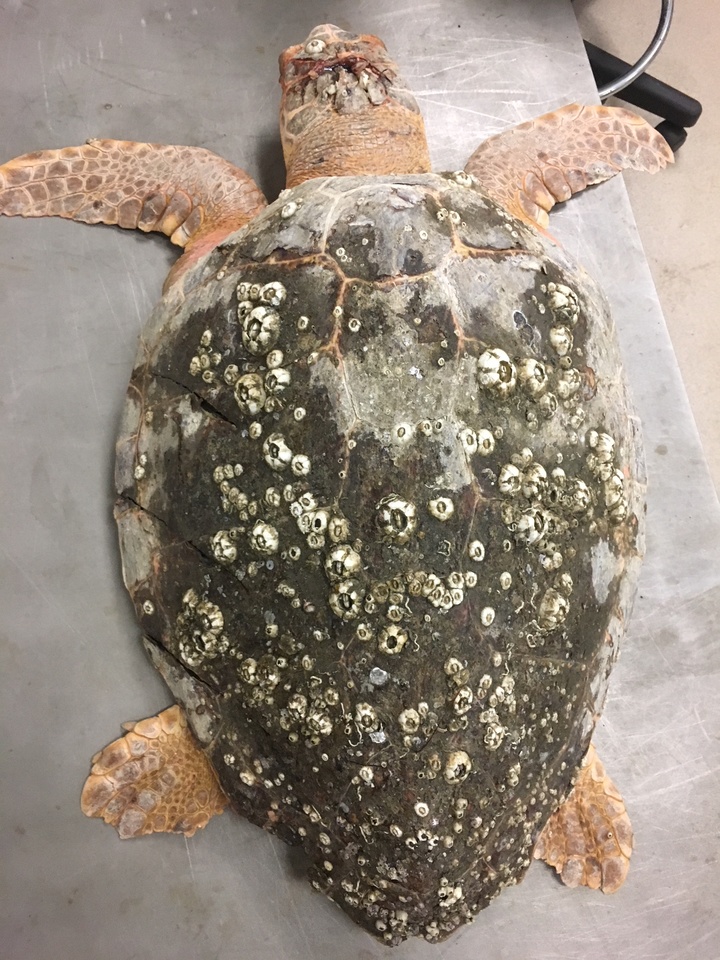 This sea turtle sustained what NOAA officials believe was a deliberate injury to the head.

The Wrightsville Beach Sea Turtle Project and the Karen Beasley Sea Turtle Rescue are offering a $1,350 reward for anyone with any actionable information.

Anyone with information regarding this incident can contact NOAA at the NOAA Enforcement Hotline, 1-800-853-1964. If you wish to be eligible for the reward, you must leave your name and contact information.

It is a crime under the Endangered Species Act to harm, wound, or kill any sea turtle species. Violators face up to six months in prison and/or a $24,625 fine.