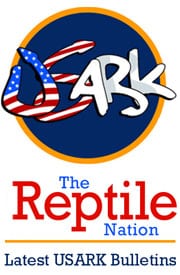 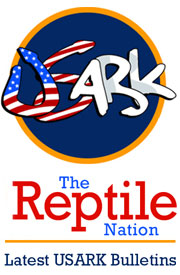 Tuesday April 24th at 10:30 will be the final Hearing of SB310 before the Agriculture, Environment & Natural Resources Committee where testimony will be received. Please come to this hearing and testify in opposition to SB310! It is likely that Wayne Pacelle of the Humane Society of the United States will be in attendance. It is hoped that he will not be busing in activists to turn this hearing into an animal rights circus.

This will be the final opportunity to oppose SB310 before this Committee, and we need to show the same kind of strength we did last week. Don’t let HSUS show up the Reptile Nation. . . BE THERE!!! It is likely that there will be minor ammendments made prior to a vote by the Committee. This vote could happen immediately following testimony, or the following day; Wednsday April 25.

Andrew Wyatt, USARK CEO, will be in attendance and will testify. USARK strongly opposes SB310! We will be handing out NO SB310 pins to anyone who wants to oppose the bill. If you think you will get some kind of special deal from law makers for not opposing the SB310 you are making a mistake and potentially weaken the opposition. If you have not testified yet, please plan to do so. It is not necessary to be a polished speaker, just tell your story and how you would be impacted. USARK urges everyone to oppose SB310!