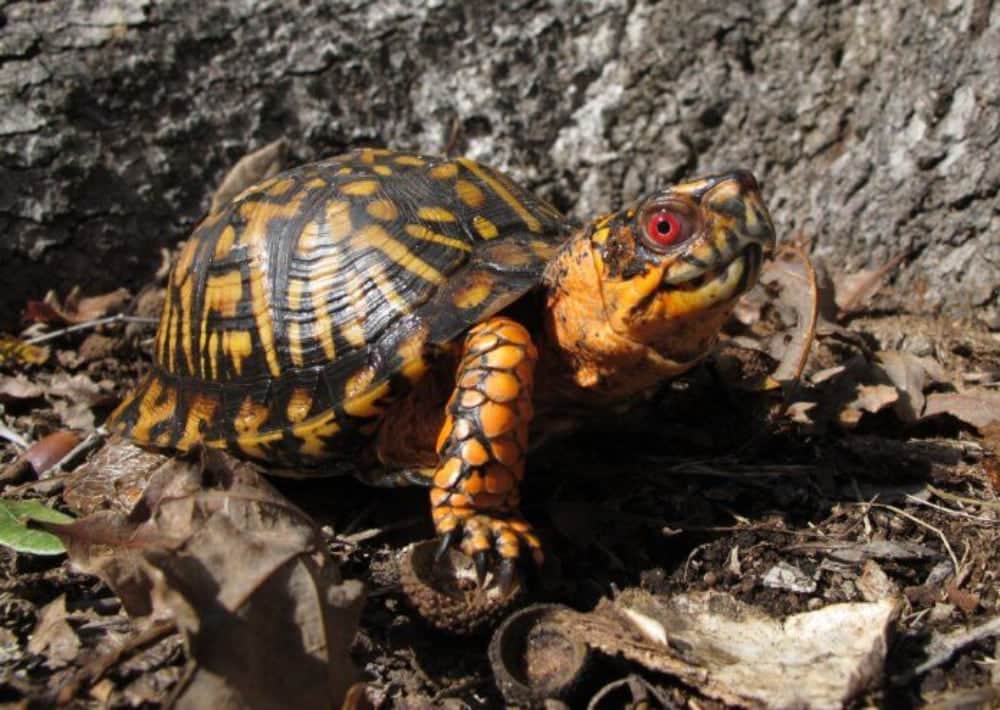 The Virginia Department of Wildlife Resources has proposed new restrictions on the keeping of native reptiles and amphibians, and would ban the keepin

The Virginia Department of Wildlife Resources has proposed new restrictions on the keeping of native reptiles and amphibians, and would ban the keeping of box turtles completely, according to a report on Virginiamercury.com.

While the proposal is targeted at poachers, if it becomes law, it would be illegal for anyone , child or adult to acquire a wild box turtle and take it home to keep as a pet. Larry Mendoza, former president of the Virginia Herpetological Society told Virginiamercury.com that the proposal is controversial, and he believes that a box turtle ban would push children further away from nature.

“Being able to touch these animals and keep them as pets and study them at home, I think that is valuable,” Mendoza said. “Why do you want to stop that?” The current president of the society, which has not taken a position on the proposals, encourages folks to take photos, interact with box turtles and release them back from where they were found.

The department is trying to close a loophole in current regulations that enables individuals to keep up to five turtles in their possession. The new proposal would limit the possession of native reptiles and amphibians to one animal, and not one of each species, which is the current regulation. The five per person regulation is not ideal as it potentially invites poaching, as a five member household could still legally keep 25 box turtles. The new regulations would eliminate that loophole.

“The proposals are to (i) limit the number of native and naturalized amphibians and reptiles that can be held in personal possession; (ii) protect from collection those reptiles and amphibians designated as Species of Greatest Conservation Need in Virginia’s 2015 Wildlife Action Plan; (iii) remove the use and sale of salamanders as bait; (iv) preclude the collection of reptiles and amphibians on all state and federal lands (not just those within a defined geographic area) without an appropriate permit or license; and (v) establish an online registry to report those animals legally held prior to the effective date of the amendment. By making these proposal, the Department of Wildlife Resources will eliminate the loopholes in which illegal trafficking of reptiles and amphibians in the Commonwealth has been operating and be proactive to future illegal trade issues,” the department wrote in its proposal.

Of particular note is the possession and release limitations:

Native amphibians and reptiles, as defined in 4VAC15-20-50, that are captured within the Commonwealth and possessed live for private use and not for sale may be liberated under the following conditions:

The proposal rule change can be read on the Virginia DWR website.