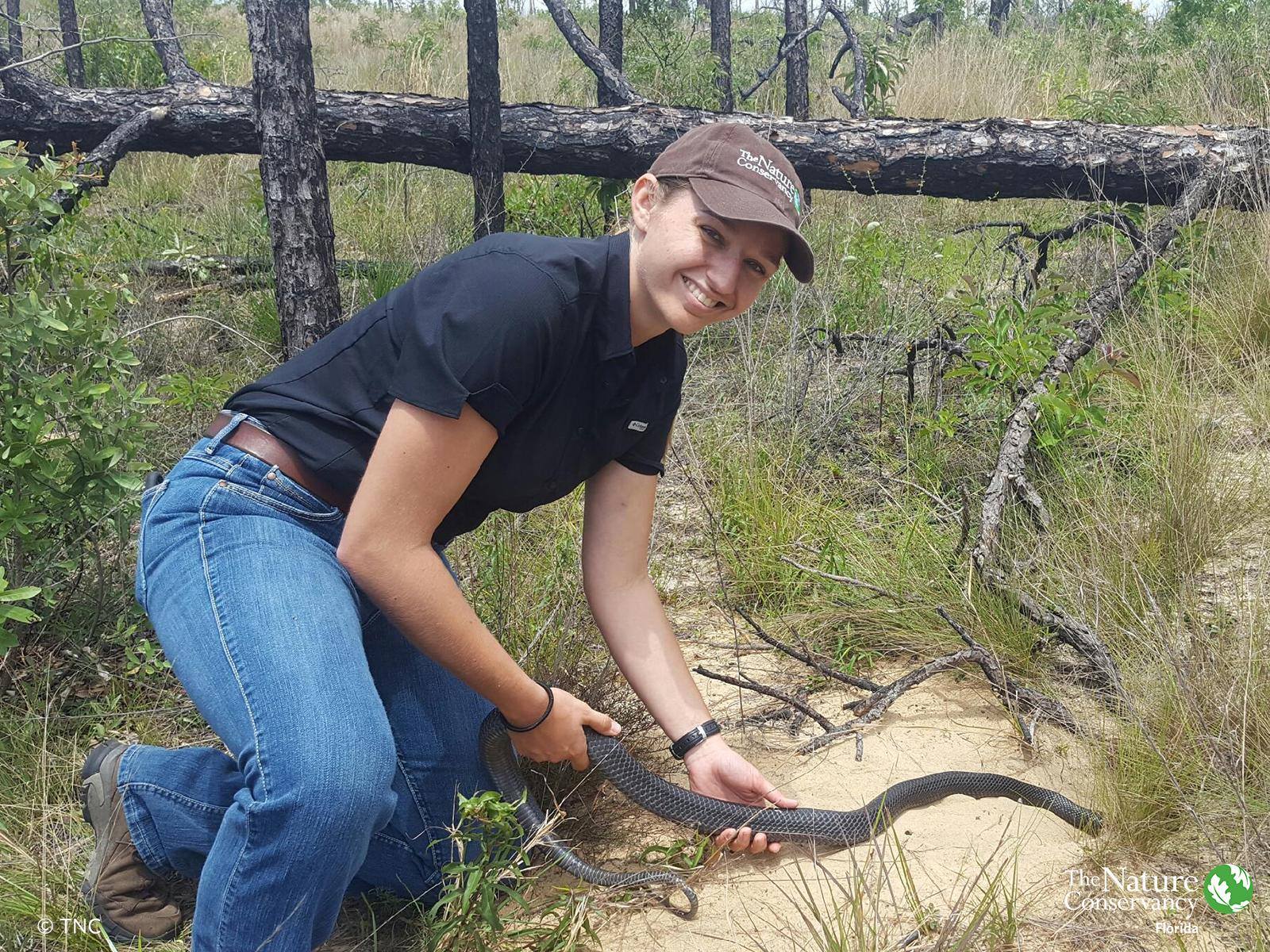 The Drymarchon couperi were captive bred in Florida

RSPCA In The UK Investigating Abandoned Beardie, Savannah Monitor Crime
New Coral Snake Species Of The Genus Calliophis Described In The Philippines
Researchers Discover Ancient Lizard With Four Eyes, But They're Not What You Think

The Nature Conservancy in Florida, announced it has released 22 eastern indigo snakes (Drymarchon couperi) into the Apalachicola Bluffs and Ravines preserve, marking the fourth year in a row that these endangered reptiles have been released in good numbers in the 6,295-acre nature reserve.

Successful snake release this afternoon at Apalachicola Bluffs and Ravines preserve for the fourth year in a row! Today…

Posted by The Nature Conservancy in Florida on Friday, May 8, 2020

“Auburn has a long history with eastern indigos, dating back to the 1970s, including two earlier reintroductions in Alabama,” David Steen, assistant research professor at Auburn University in Alabama who is overseeing the monitoring program, said on the Nature Conservancy website.

In 2018, 20 eastern indigo snakes were reintroduced in the Apalachicola Bluffs and Ravines Preserve, a location where the snake hasn’t been seen in more than 35 years. All of the snakes have been outfitted with subbcutaneous radio transmitters and a Passive Integrated Transponder (PIT) tag. These communication devices will enable scientists to monitor the survival rates, reproduction, preferred habitats and the distance the snakes cover as they acclimate themselves to their new surroundings.

The plan is to release about 300 eastern indigo snakes into the preserve over the next 10 years.