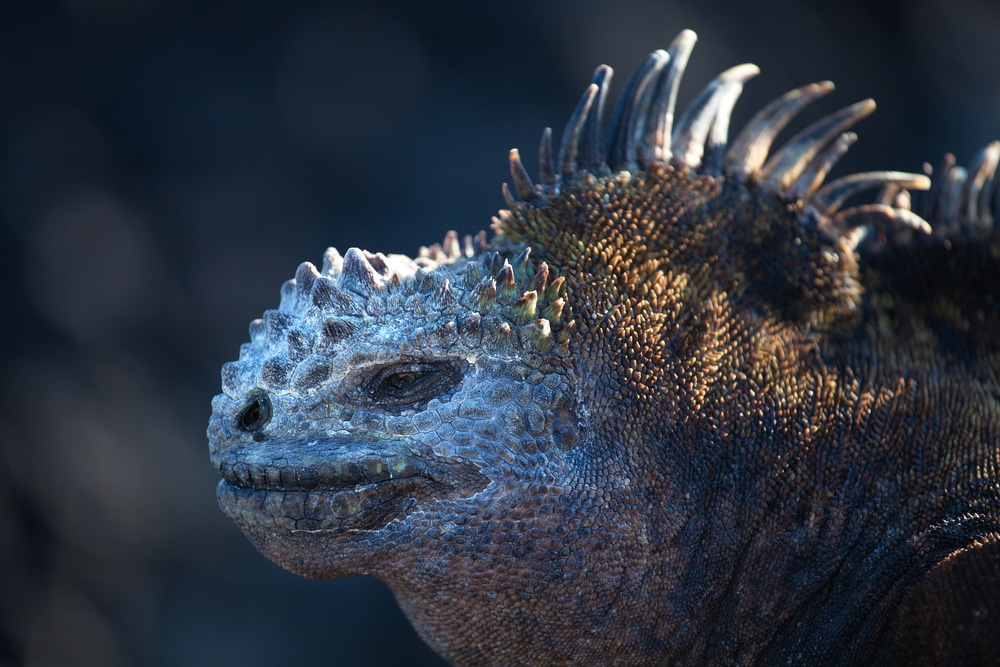 Marine Reptiles Of The World

Even today, the ocean is still one of the most unexplored parts of our planet. Many mysteries surround this vast place, yet it undeniably supports a m

Even today, the ocean is still one of the most unexplored parts of our planet. Many mysteries surround this vast place, yet it undeniably supports a massive diversity of life. Marine reptiles were common in the past eras during the times of dinosaurs and extinct reptiles. While most were evolutionarily transitioning onto land, others decided to return to the water. Today, the extant, or currently living, species of marine reptiles are sea turtles, sea snakes, salt water crocodiles and marine iguanas. In this article we overview and discuss some of the extant marine reptiles, their habitats, current conservation status’ and appreciate their uniqueness! 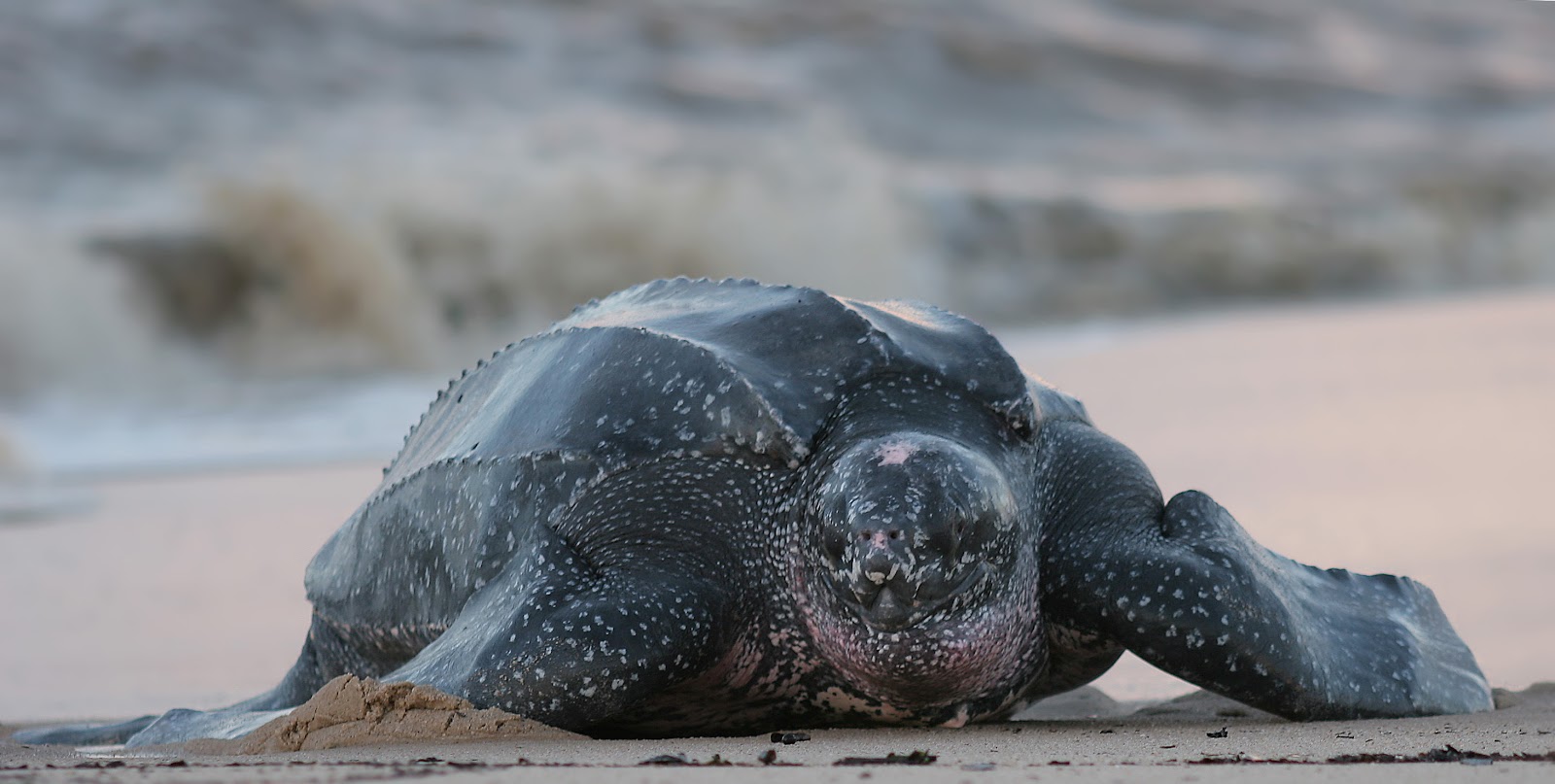 To represent sea turtles, the Leatherback Turtle (Dermochelys coriacea) is the largest species on earth and the only living species of its genus, Dermochelys. This marine reptile glides through the oceans, traveling extreme distances over its long life. The leatherback sea turtle can reach weights of 2,000 pounds and lengths of seven feet long. They also have a notable carapace (top shell) that is rigid and leathery, which gives it its common name! They spend their time hunting through the ocean and its reefs as carnivores, and adult females lay eggs on the beaches they themselves hatched on. Although turtles are the oldest living reptiles on earth, almost every species of turtle is classified as endangered. The leatherback sea turtle is listed as vulnerable by the International Union for the Conservation of Nature (IUCN), with population numbers documented as decreasing. 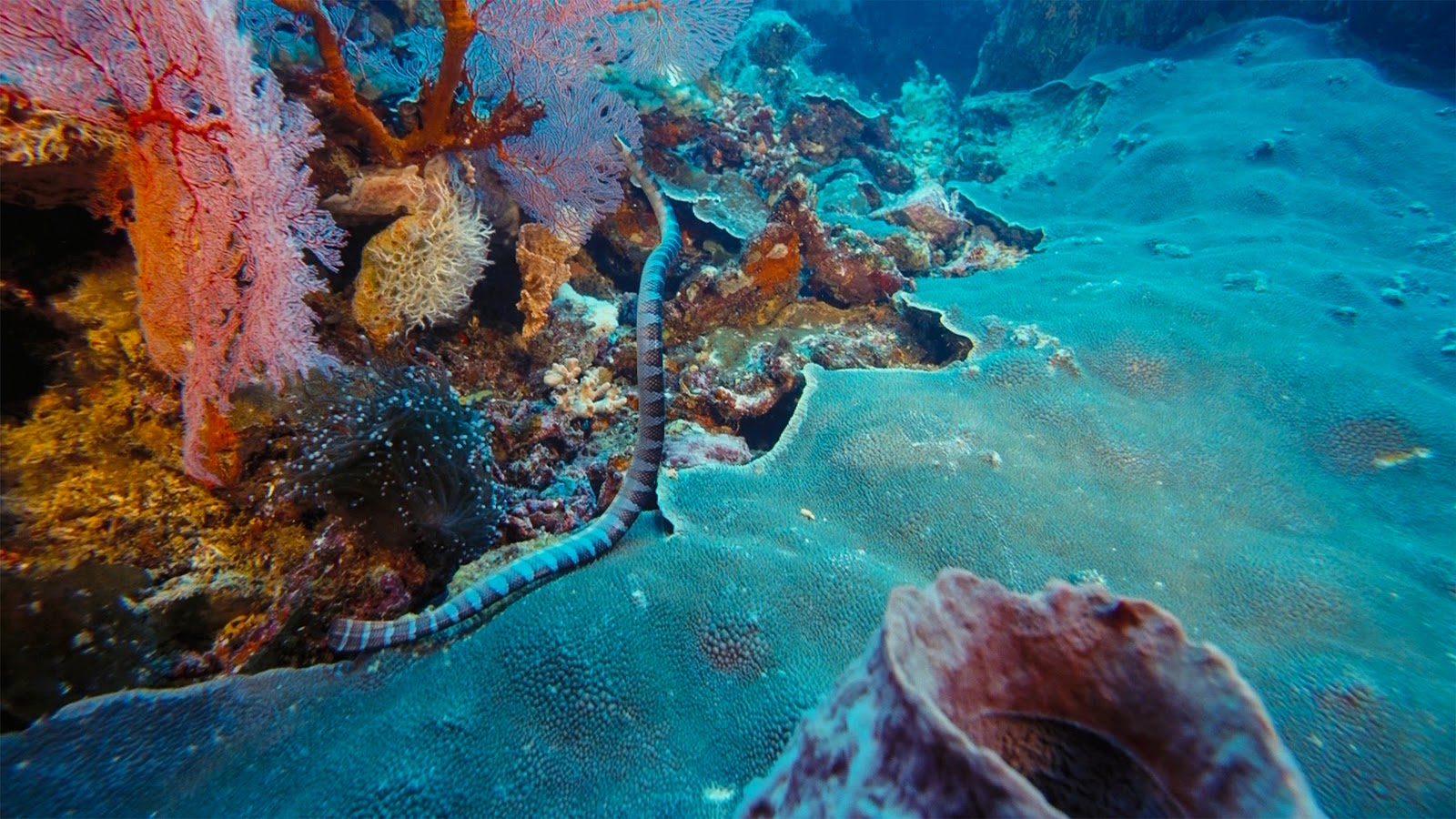 The Belcher's sea snake is one of the world's most venomous species.

The Belcher's sea snake (Hydrophis belcheri) is famously popular as the world’s most venomous snake species. Although they do rely on fresh water for some aspects of their lifestyle, this relatively small, paddle-tailed, colubrid carnivore is one of the most beautiful inhabitants of the reefs. The Belcher’s sea snake is a rear-fanged venomous snake, meaning that its teeth deliver venom from the back of the mouth, instead of the front. This helps them catch fast swimming fish, and grab on tight to chew and envenomate them. They stay reasonably small, averaging around two feet in length, and have a unique flattened tail that helps them paddle through the water. Although they spend the majority of their lives in the sea water, they must return to land to safely lay eggs. They are considered to be the most venomous creatures but according to some, are seemingly docile if undisturbed. There is little to no research done on this species, leaving its conservation status undefined. 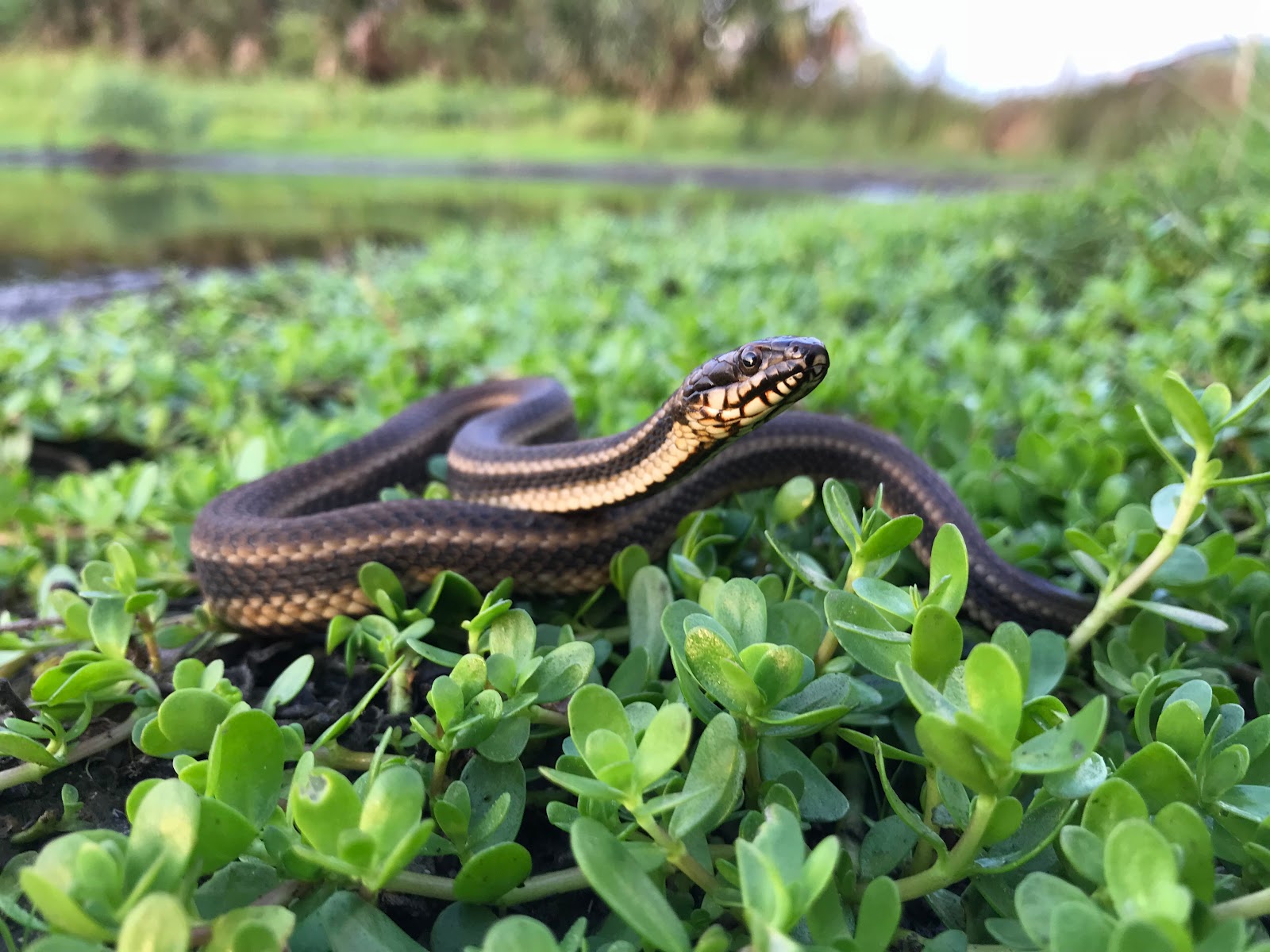 Salt marsh snakes may be occupying the marine niche in the Southern United States.

Salt marsh snakes (Nerodia Clarkii spp.) are another understudied saltwater snake species that include the Atlantic Salt Marsh snake (N.c.taeniata), the mangrove Salt Marsh Snake (N.c.compressicauda), and the Gulf Salt Marsh snake (N.c.clarkii). Little to no research is known about their behaviors and populations, but they are the only estuarine snake species of the southern United States. They live in brackish waters, which is a constant mix of fresh and saltwater, a unique habitat no other snake of the southern US prefers. Since they are unable to excrete salt, a part of them relies on freshwater from rain or the fish they eat to stay hydrated. It is possible that because there are no sea snakes in the Atlantic Ocean, salt marsh snakes occupy a similar niche in these areas. Although they stick to the brackish environments, with their specialized adaptations and sightings being documented on outskirt and mangrove islands, the species is probably capable of surviving for long periods in the ocean. The Atlantic salt marsh snake subspecies is the only species listed as threatened by the IUCN, with population numbers noted as decreasing.

Inhabiting the Galapagos Islands of South America, the Marine Iguana (Amblyrhynchus cristatus) lives a life no other iguana dares to. They are specially adapted to this wondrous island, where they feed on the algae that lives on the corals and rocks in the ocean. They make death defying jumps off the ocean cliffs, diving right into the cold waters. Their resilience has placed them as the only marine iguana in the world, that can withstand extremely cold temperatures (for reptiles) and excrete massive amounts of salt. A capability that allows them to spend lots of time in the ocean. A way they combat the harsh salt water is by sneezing out the excess salt. Many other lizards and iguanas are capable of excreting salt, but the marine iguana sure does use it the most! They are a protected species, listed as threatened by the IUCN. Private ownership is strictly prohibited, aside from a few zoos. It has not been a successful project outside of the natural Galapagos range, due to the strict diet demands of the species being special, Galapagos algae. 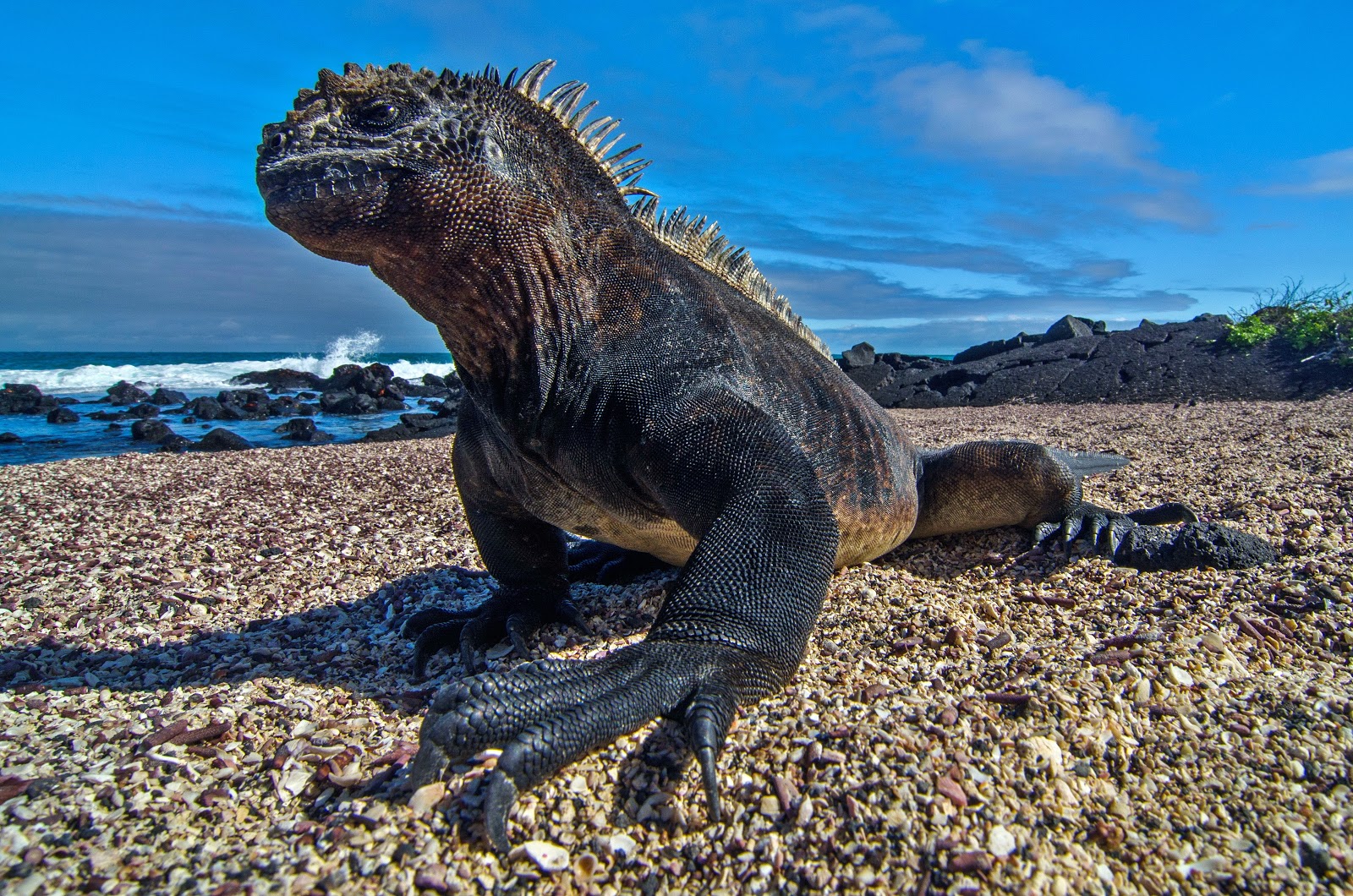 Saltwater Crocodiles (Crocodylus porosus spp.) have paved the way as the largest sea dwelling reptile. They are also the largest reptile on the planet pound for pound. There are two saltwater species, the Indo-Pacific and the American crocodile. Although they don’t spend 100 percent of their time in the ocean, they are surely adapted for it and established in this habitat, which maybe gave them the nickname “salties.” The saltwater crocodiles feed primarily on marine prey, including sea turtles, fish, and occasionally birds and other mammals. Although Indo-Pacific crocodiles have an enormous range today, they had a larger range and more established numbers in the past, thriving in areas from China to the Seychelles Islands. Now they are found in the Indo-Pacific regions ranging from Malaysia to Northern Australia. Stable populations are documented in the brackish and estuarine environments, but it has been documented that individuals have appeared on the Maldives and even islands of Japan, showing their capabilities as a marine reptile. American Saltwater Crocodiles share similar characteristics, inhabiting the wetlands, marshes, estuarine, and mangroves habitats of the Americas. In Florida specifically, the Everglades is one of the only places in the world you can find saltwater crocodiles and American alligators living in the same place. Although this species faces challenges, conservation efforts and new laws are helping to re-establish populations in native areas! 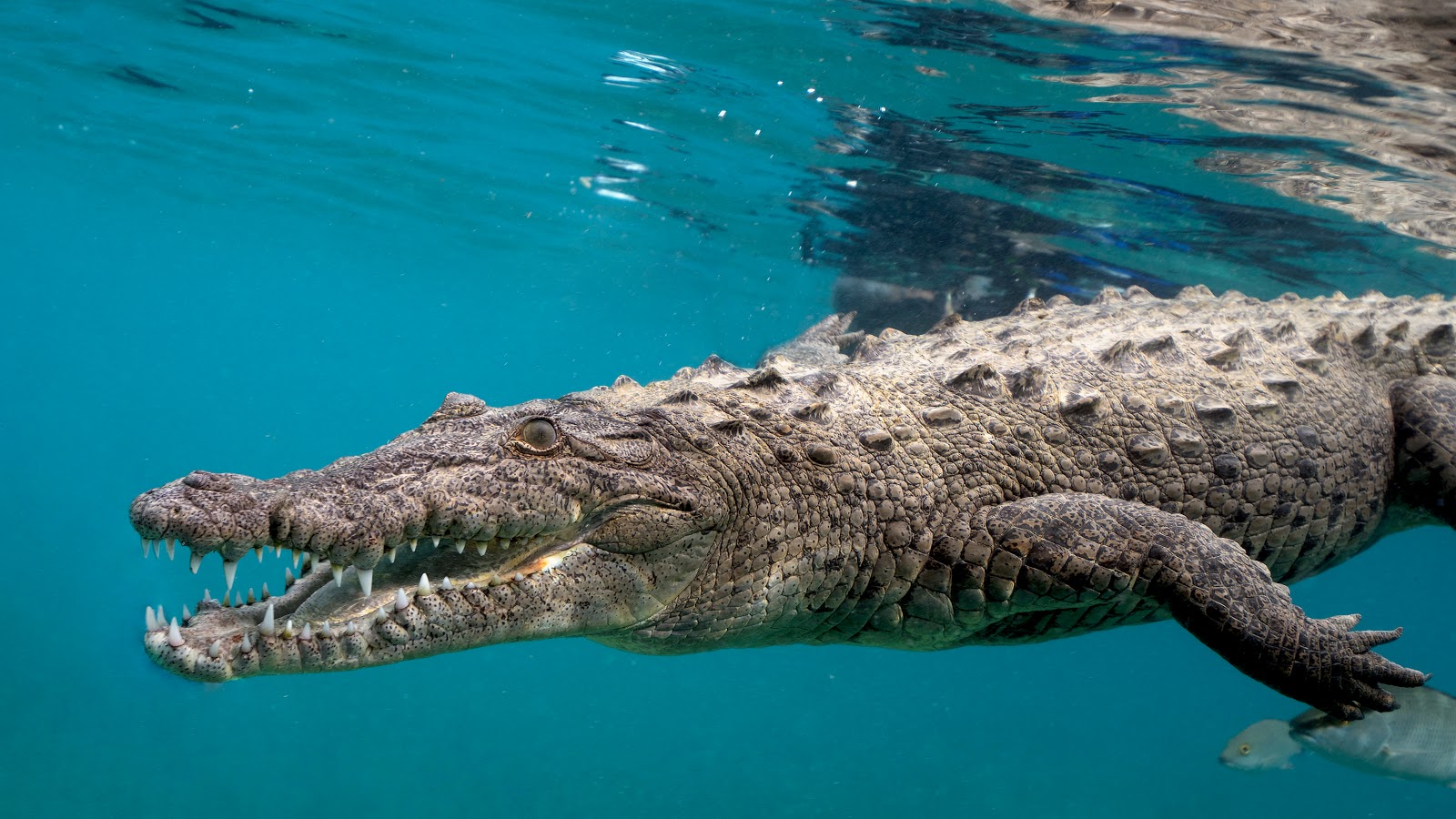 The saltwater crocodile (Crocodylus porosus) is the largest reptile in the world.