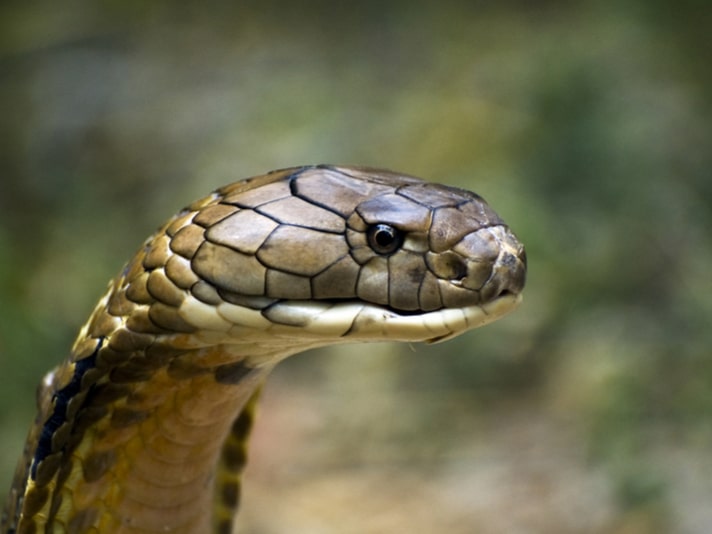 The king cobra is the largest venomous snake of the world.

After being stuck in a fishing net for four days, a king cobra  (Ophiophagus hannah) from Bokapada in Bhadrak District Odisha, Eastern India was saved on December 05, 2018 after local villagers called in local snake catcher, Mirza Arif.

King cobras are the longest venomous snake species in the world, reaching lengths of more than 15 feet. They are remarkably noted for their intelligence and large brain-to-body ratio compared to other snakes. King cobras will avoid humans, and typically shy away versus attacking if not provoked. They have a strong neurotoxin capable of taking down a grown elephant, but are relatively docile and unaggressive unless cornered or threatened. 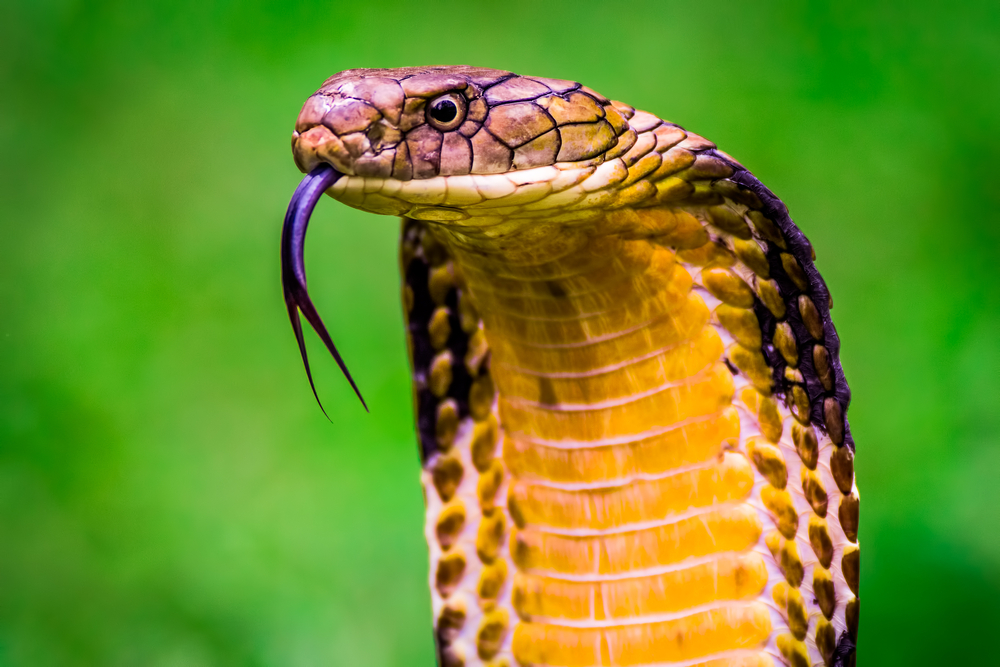 The king cobra is the largest venomous snake of the world.

When Arif arrived to the scene to help the snake, he reportedly opened a chilled water bottle to distract the snake. But when some spilled out, the snake immediately went to drink out of the bottle, almost as a way to say, "thank you." Villagers helped cut the fishing net off the snake while Arif assisted him in drinking.

You can read the news story and watch the remarkable rescue here.Even with a menacing reputation and potent venom, the king cobra is among the most respectable predators, deserving preservation and conservation.