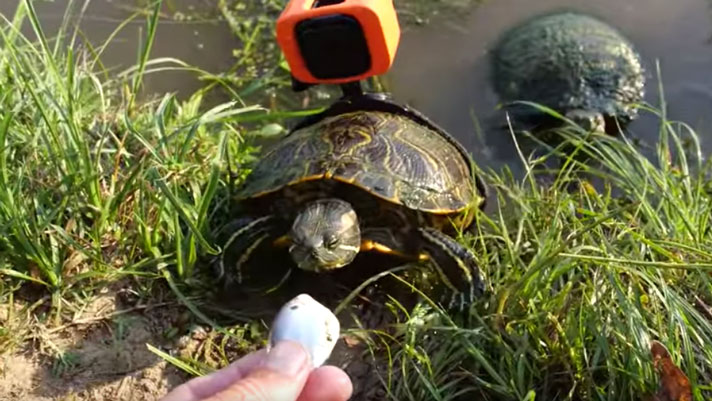 Man Straps GoPro Onto Turtle And Gets Some Cool Footage

The GoPro footage is straight from the perspective of a red-eared slider.

A man called the Fish Whisperer strapped a GoPro onto a red-eared slider (Trachemys scripta elegans) and was able to capture some pretty cool footage, from the turtle’s perspective. The Fish Whisperer has more than 500,000 subscribers on YouTube and his videos are mostly about fish and fishing. The GoPro strapped onto the shell of the turtle shows the world from a turtle's point of view and is quite the interesting perspective.

There have been other videos involving reptiles and GoPro cameras, such as this footage of a sea turtle in the Philippines captured by dive instructor Gage Veridiano several years ago, and this footage of angry rattlesnakes that were disturbed by a GoPro invading their den.

Be sure to visit the Fish Whisperer’s YouTube channel for more cool videos.