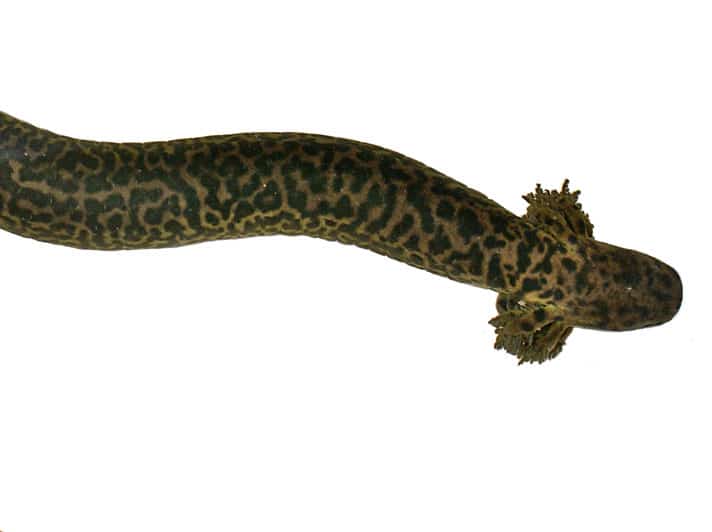 Siren reticulata is two feet in length and has external gills and no hind legs.

A new salamander species that is around two feet in length with gills like an axolotl, a pair of front legs but no hind legs, was recently described after nearly 10 years of study. 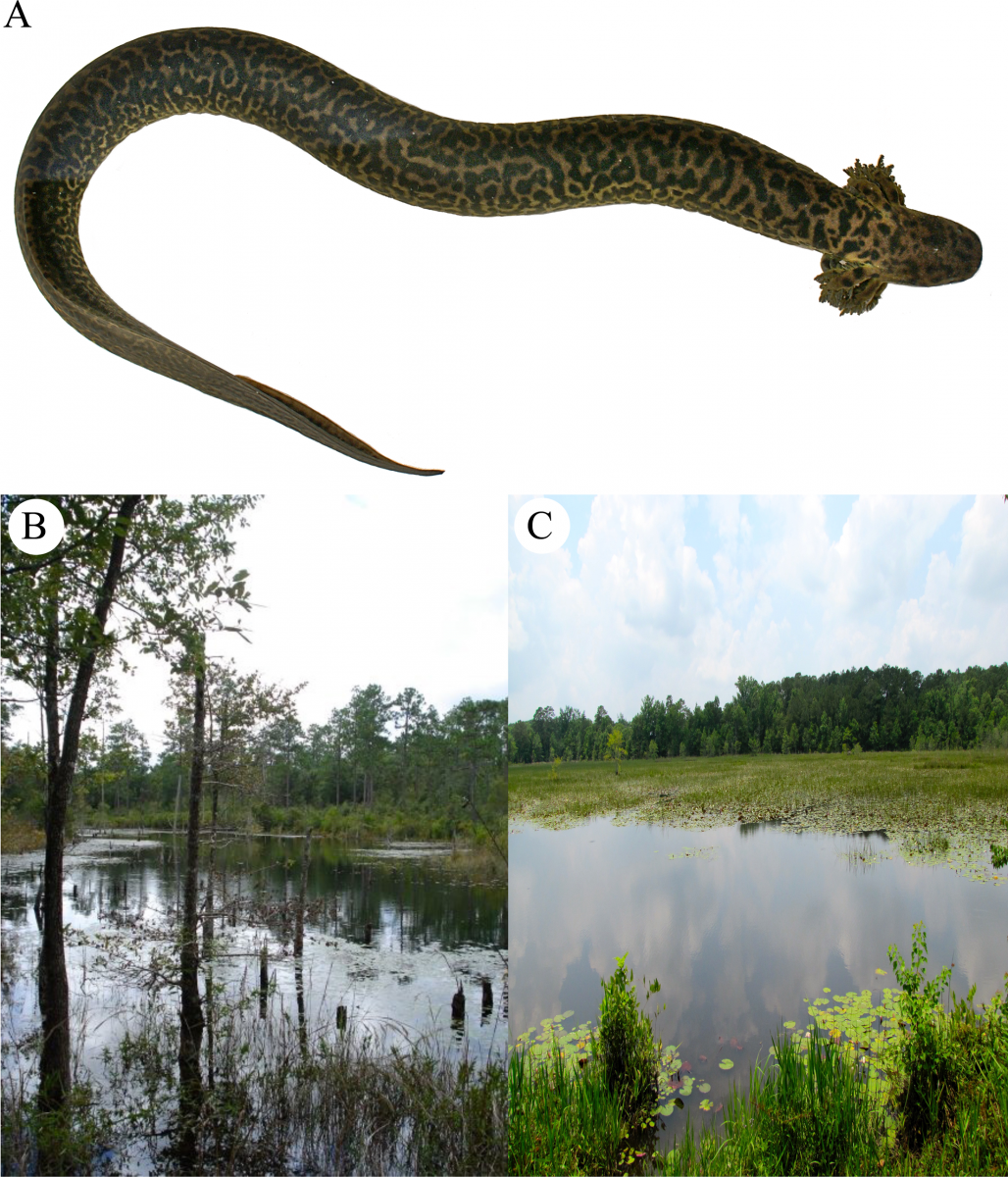 “It was basically this mythical beast,” David Steen, a wildlife ecologist at the Georgia Sea Turtle Center told National Geographic.

Steen first captured the amphibian, called the reticulated siren (Siren reticulata), in 2009, but spent about five years with his colleague, co-author Sean Graham, trying to find more specimens to describe the species.

“What immediately jumps out about the reticulated siren that makes it so different from currently-recognized species is its dark and reticulated [or net-like] pattern,” Steen told National Geographic. “It also seems as though they have a disproportionally-smaller head, as compared to other sirens.”

Graham and Steen, without funding of any kind, were able to conduct the research and describe the new species, making it the fifth such siren salamander described.

“It was a long time coming,” Jennifer Stabile, an associate research scientist with Field Projects International, and part of a team that discovered the greater siren and the southern dwarf siren, told National Geographic. “People had been discussing this for decades, how these groups needed to be looked at because we knew that there were more species there than had been documented.” “So when I saw that this paper had been published, I was super stoked,” Stabile said. “I’ll never forget the first [greater siren] that I caught in a minnow trap, because they’re huge!”

The complete paper can be read on the PLOS One Journal