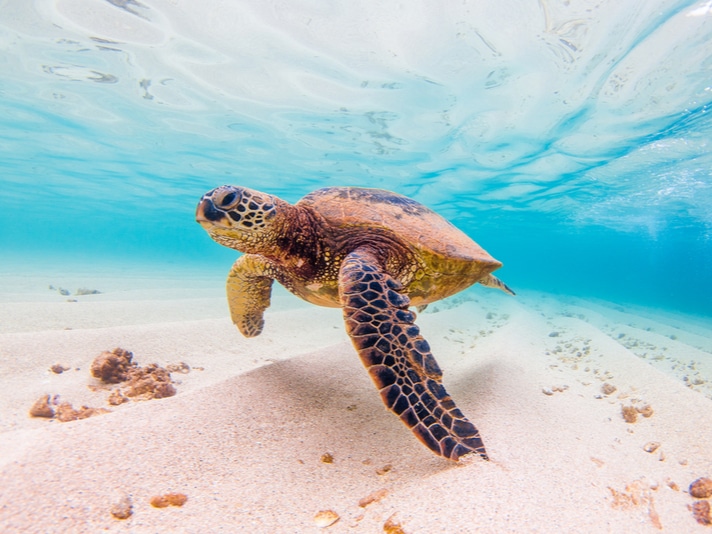 A man on vacation in Hawaii was fined $1,500 for harassing a sea turtle while on the island of Kauai, and then posting his acts on social media, accor

A man on vacation in Hawaii was fined $1,500 for harassing a sea turtle while on the island of Kauai, and then posting his acts on social media, according to the National Oceanic and Atmospheric Administration. The man, a resident of Alabama, was vacationing last year in the Hawaiian Islands when the incident occurred. He also recorded himself touching a monk seal, another endangered species, and then panned his camera to a NOAA sign that warned beachgoers to steer clear of wildlife, according to a statement released by NOAA. 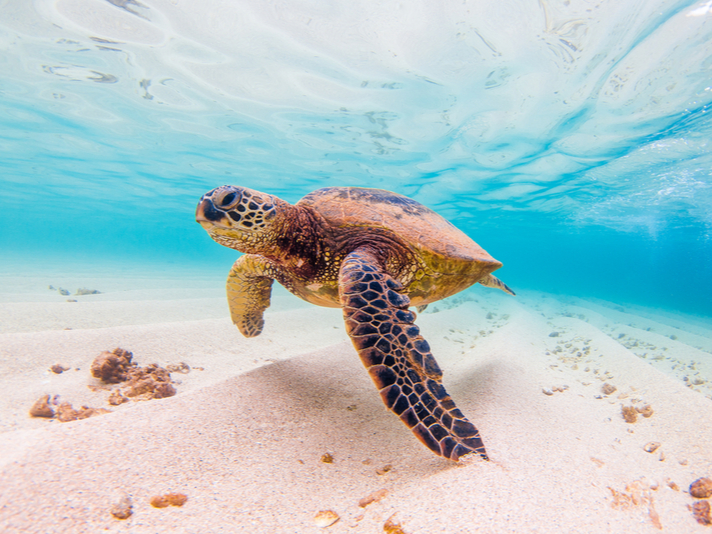 It is illegal to touch or harass sea turtles as they are all protected by the Endangered Species Act.

An officer with NOAA was notified about the violation by NOAA's Hawaiian Monk Seal Research Program, as the man added the hashtag #monkseals to his post of him touching the marine mammal. It is estimated that there are just 1,400 monk seals left in the wild.

The officer used social media to identify the man and his home address. While searching through the man’s Instagram account, the officer found another video of the man aggressively pursuing a sea turtle while he was snorkeling at Poʻipū Beach, which is illegal under the Endangered Species Act.

He was then issued a fine, which he agreed to pay, and was informed of the federal law that prohibits the harassment of marine wildlife and endangered and protected species. NOAA advises that people keep a distance of at least 10 feet for sea turtles and 50 feet for seals.

“Violations are usually the result of things like tourists wanting to get a good, close picture with a seal or a thrill-seeker trying to get a rush,” Adam Kurtz, NOAA Fisheries wildlife management coordinator said in a statement released by NOAA. “But it’s really frustrating when you see people harass these animals.”