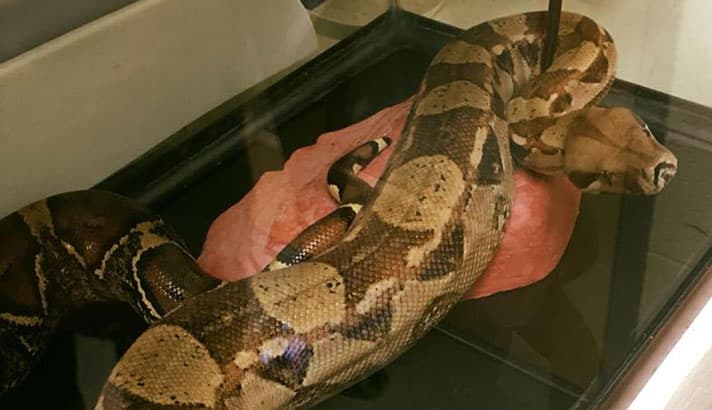 A chambermaid discovered the reptile when she was cleaning the room and called the police.

How To Build A Bioactive Enclosure For Your Crested Gecko
Have You Seen This Video of Terry Phillip Feeding Monocled Cobras?
Sea Turtles Found Cold-Stunned In Florida Released

How do you misplace a boa constrictor? Easy. Just forget you brought him with you.

A North Carolina man who left his pet boa constrictor when he went to visit a friend in a hotel room had some explaining to do when he picked up the reptile from the  Buncombe County Animal Shelter. 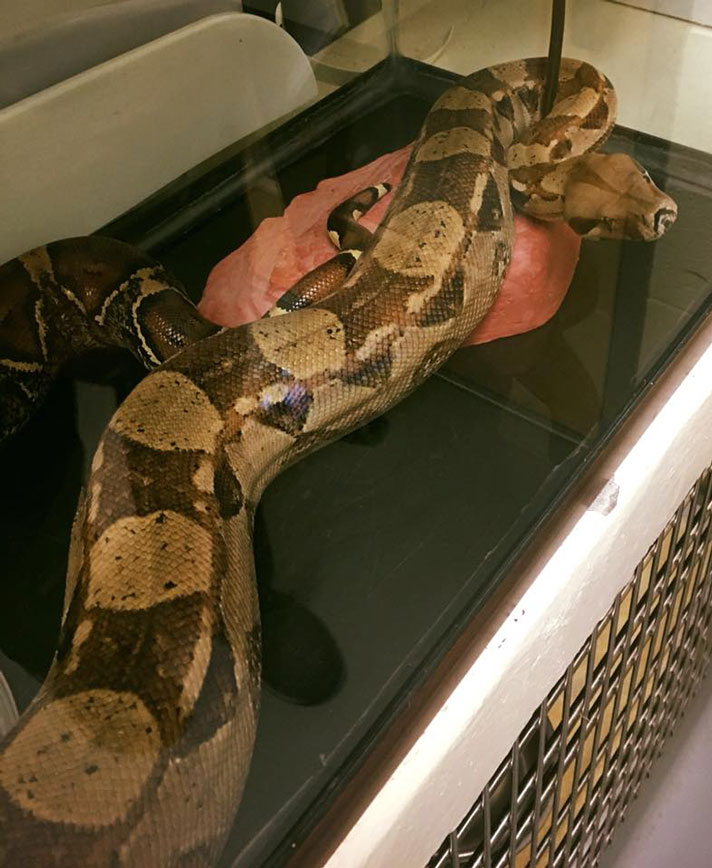 Chuck was left in a hotel room. His owner forgot to bring him home and returned to get him.

Neil Miller was at the hotel visiting someone when he forgot to bring his snake with him when he left the room. “I went out to meet somebody. I was at their spot. They was at the hotel room. I set him down for two minutes, forgot all about him, walked out,” Miller told WLOS.

A chambermaid discovered the 5-foot reptile half under the covers of the bed she was about to clean and the police were called. The snake, named Chuck was captured and sent to the Buncombe County Animal Shelter.

When Miller got home, he realized that he had forgotten Chuck at the hotel and found that the snake was at the shelter.

Miller, who has had the snake since it was just 12 inches long, then went to the shelter and picked Chuck up.

"His temperament is good. I hold him all the time, picking him up. He's going to be fine… It's daddy's boy,” Miller told WLOS.

Moral of the story: When you take your snake out on the town, don’t forget to bring him (or her) home.