You know those passageways designed to help reptiles safely cross under busy roads? Well, if not properly designed, they don’t seem to work

You know those passageways designed to help reptiles safely cross under busy roads? Well, if not properly designed, they don’t seem to work all that well with turtles and snakes, at least not in Ontario, Canada where a two-year study was conducted to determine the effects of such an ecopassage before and after it was built. 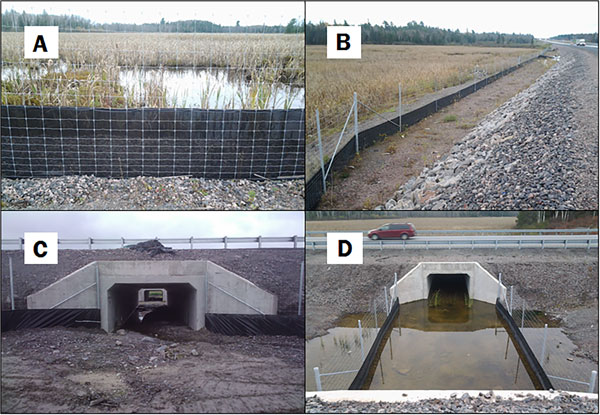 Fig 1. Mitigation measures completed during the fall of 2012 along Highway 69/400 in central Ontario, Canada.
These measures include reptile fencing consisting of a heavy gauge plastic geotextile extending 0.8 m above- and 0.2 m below-ground with a 0.1 m wide lip running perpendicular underground (A). The fence was affixed to a 2.3 m tall large mammal, wire fence and was installed in areas believed to pose a risk to reptiles (B). Three ecopassages were built within the fenced area and each consists of two 3.4 m x 2.4 m x 24.1 m concrete box culverts (C), separated by a 15.3 m gap for increased light (D).

James Baxter-Gilbert and colleagues from Laurentian University in Canada compared reptile abundance on 13-kilometers of Highway 69/40 near Burwash, Ontario, near Lake Huron before and after an ecopassage was built and determined that snakes and turtles don’t regularly use the ecopassages, suggesting that the exclusion fencing that is designed to funnel the reptiles to the opening of the passage was not working as intended. As a control the scientists compared the section of road with the ecopasage to that of another stretch of road without an ecopassage and found no difference in turtle abundance on the road with the ecopassage and the one without it. The researchers also determined there was an increase in snake mortality on the road after the ecopassage and exclusion fencing was constructed.

The scientists used radio telemetry, cameras, and a tagging system to gauge the movements of the reptiles and their use of the ecopassages.

Although they found that the passages were sometimes used, the number of reptiles crossing the road directly was higher than those using the passage. They found that when holes in the fences were present (There were 115 observed holes in a 3 km stretch of the exclusion fence), the reptiles would just as soon go through those and cross the road directly as they would amble for the ecopassage. In fact, in their study, they determined that the turtles seldom used the ecopassage.

During the entire two-year study, a total of 485 animals were photographed in the ecopassages, including 23 non-reptile species and just four reptile species; painted turtles (Chrysemys picta), an adult snapping turtle (Chelydra serpentina), a juvenile red-bellied snake (Storeria occipitomaculata) and three northern water snakes (Nerodia sipedon). The majority of the animals using the ecopassage were ducks and geese. Compare these numbers to 960 road surveys conducted in 2012 and 974 road surveys in 2013. During those surveys, the scientists recorded 618 snakes and 378 turtles on the road at both sites. Of the 618 snakes documented, 83 percent were killed by vehicles. Of the 378 turtles documented, 84 percent were deceased.

What they conclude is when ecopassages are built, they should be designed with the behavior of the target species in mind, rather than just blindly building an ecopassage.