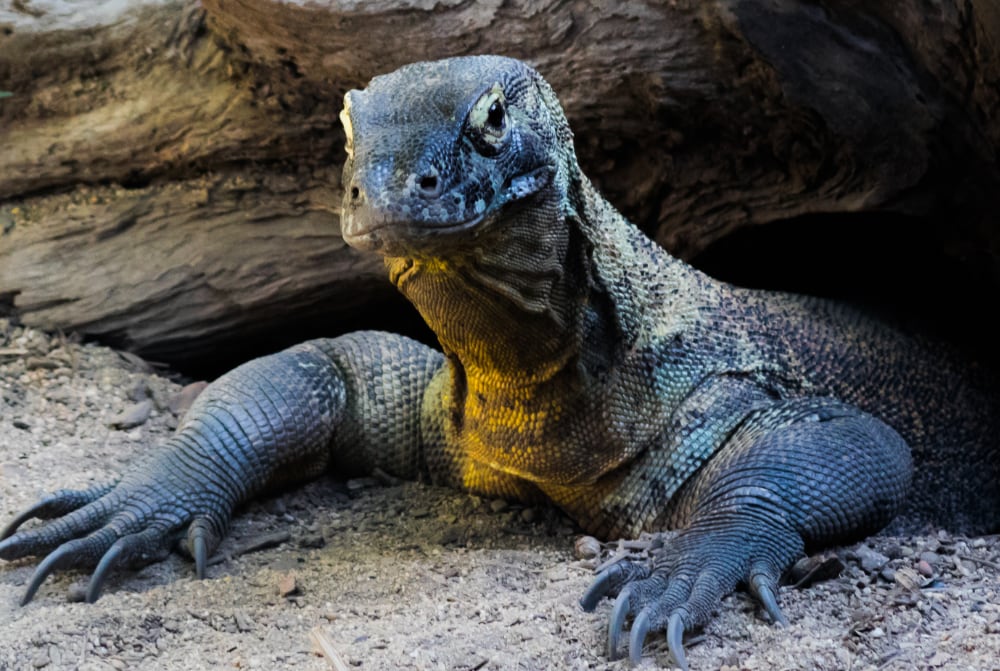 The iconic Komodo dragon (Varanus komodoensis), the largest lizard in the world and native only to Komodo National Park in Indonesia, has been reclass

The iconic Komodo dragon (Varanus komodoensis), the largest lizard in the world and native only to Komodo National Park in Indonesia, has been reclassified as Endangered by the The International Union for Conservation of Nature (IUCN) Red List of Threatened Species, up from Vulnerable.

The lizard, which can be found on the Indonesian islands of Komodo, Rinca, Flores, and Gili Motang, live very close to the sea and are the dominant apex predator in their ecosystems. It is estimated that there are just 1,500 Komodo dragons left in the wild on Komodo Island, and 1,300 dragons on Rinca island, less on the other islands.

The lizard’s populations in the wild will be negatively affected by rising global temperatures due to climate change, which in turn will cause a rise in sea levels that researchers say will lead in a 30 percent decrease in habitat for the Komodo dragon during the next 35 years. The Komodo dragon also is negatively impacted by agricultural expansion that depletes their suitable habitat.

“The idea that these prehistoric animals have moved one step closer to extinction due in part to climate change is terrifying – and a further clarion call for nature to be placed at the heart of all decision making on the eve of the COP26 in Glasgow.” Cop26 is the 2021 United Nations Climate Change Conference.

Komodo dragons are the largest lizards in the world and are native to Indonesia. The lizard is a carnivore and in the wild has been documented taking down large deer. The reptile is an endangered species with an estimated 2,500 to 4,000 lizards left in the wild. They live in Komodo National Park in Indonesia. The Komodo dragon is also potentially threatened by the invasive Asian common toad (Duttaphrynus melanostictus). This species has left a trail of dead native species wherever it has been introduced, according to a 2017 study of the toad. If the amphibian gains a foothold on any of the islands where the Komodo dragon lives, it could result in population declines, as the toad is poisonous.