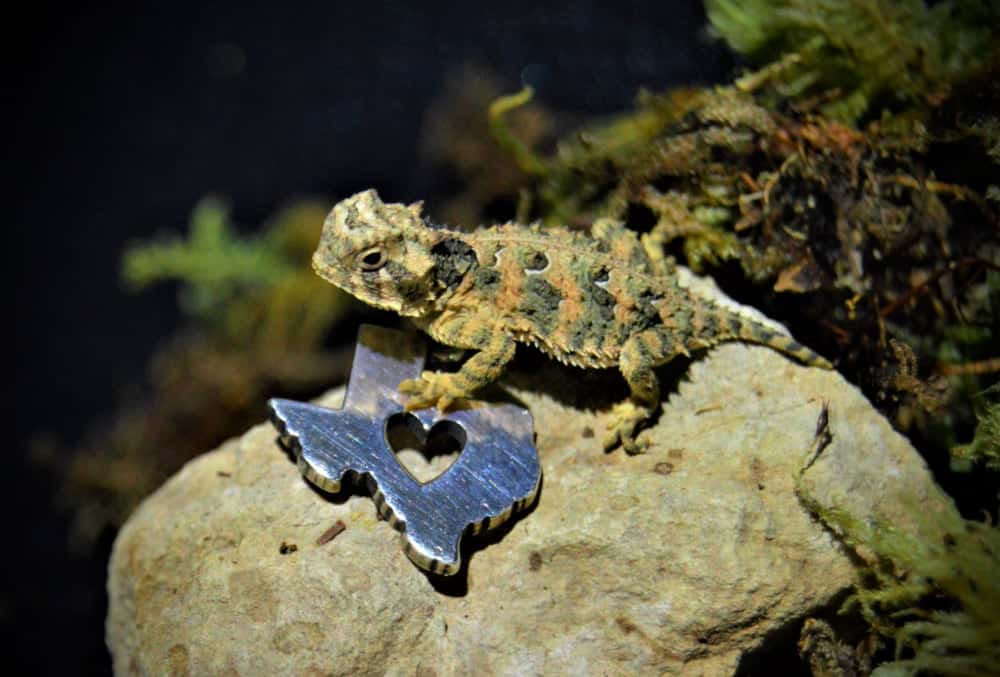 The lizards are part of a captive breeding effort that has resulted in 1,000 hatchlings over the years, all which will be released.

The Fort Worth Zoo and the Texas Parks and Wildlife Department, along with the Texas Horned Lizard Coalition announced the release of 204 Texas horned lizards (Phrynosoma cornutum)  that were hatched at the Fort Worth Zoo.

“The Fort Worth Zoo developed the breeding and husbandry protocols required to successfully breed and care for these animals in managed collections, the Texas Parks and Wildlife Department said in a news release. “These practices have since been implemented and modeled at several zoos around the state. The Fort Worth Zoo has the longest-running captive breeding effort in Texas and, in fact, the zoo hatched its 1,000th Texas horned lizard last week.”

“Today, 204 Texas horned lizard hatchlings were released into the wild to restore this threatened species to its home range,” the Texas Parks and Wildlife Department wrote on its Facebook page.

The biologists working to restore these lizards in their natural habitat are hopeful that their restoration and research work will help the Texas horned lizard to become self-sustaining once again in the wild. They are also hopeful that the bipartisan Recovering America’s Wildlife Act is passed so, which would provide funding to projects such as this.