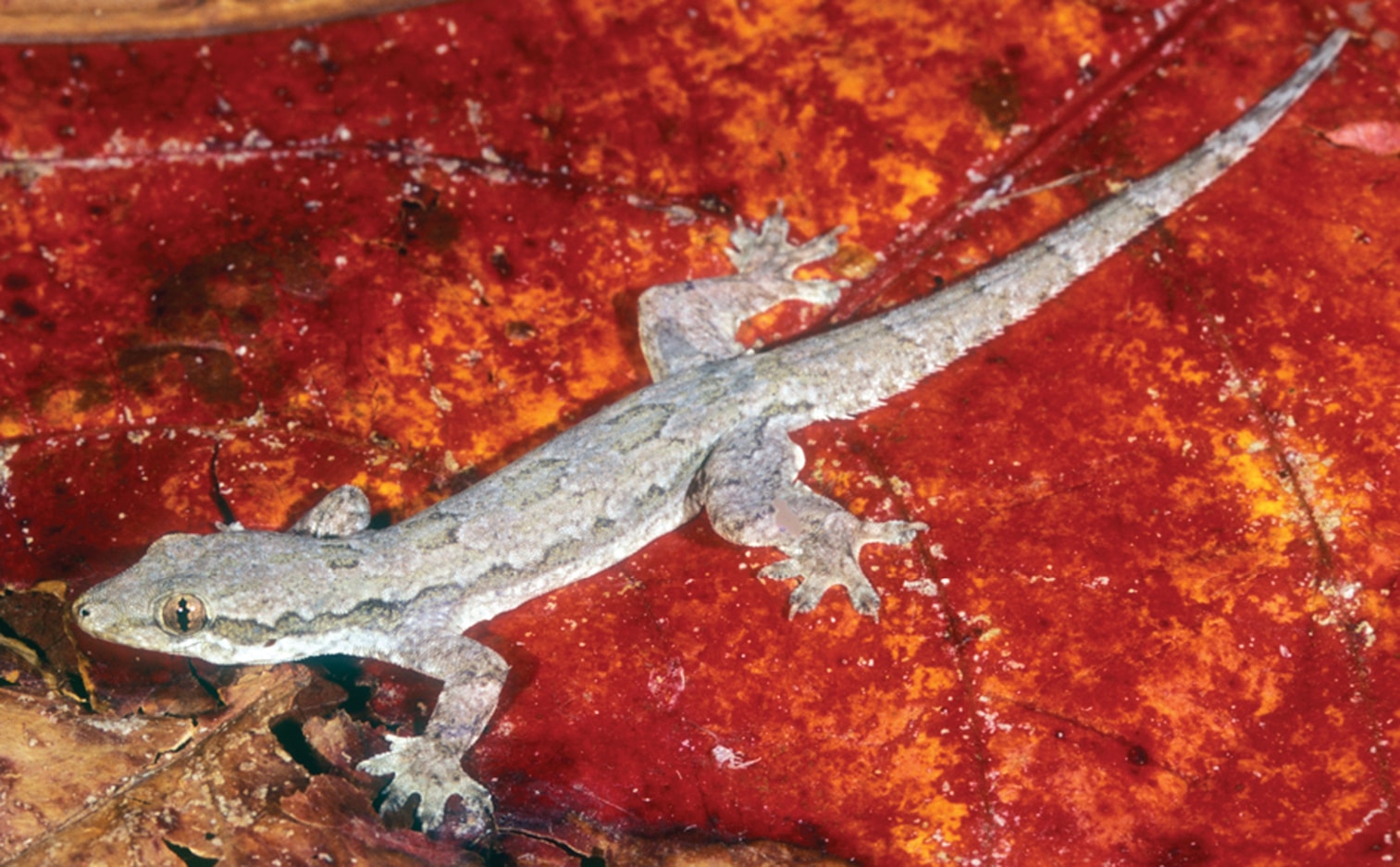 The Asian flat-tail geckos ( Hemidactylus platyurus) is a lizard that is known to jump from tree to tree. But what was not known was how the little li

The Asian flat-tail geckos ( Hemidactylus platyurus) is a lizard that is known to jump from tree to tree. But what was not known was how the little lizard landed. Until now.

A team of researchers from the Max Planck Institute for Intelligent Systems, Stuttgart, Germany, the Department of Integrative Biology, University of California at Berkeley and the Department of Biology, Siena College, Loudonville, NY set out to determine how the gliding gecko landed as it jumped.

So they set about with some high speed cameras and recorded these little geckos and realized that unlike specialized gliders, the Asian flat-tail geckos crashed head first into tree trunks, not unlike the crash landing of the albatross bird.

The recordings show the lizards jumping from a tree trunk, hitting the landing spot head first, with the rest of the body hitting the trunk and then the tail acting like a kickstand to prevent the reptile from falling.

“Despite the fact that these geckos are unspecialized gliders with only modest cutaneous flaps on their body, a flattened tail, and even less prominent webbing between their toes, they performed controlled, equilibrium glides (i.e., with a linear trajectory relative to the air, and aerodynamic lift balancing body weight),” the researchers wrote in their paper.

a–e Postural sequence of the landing maneuver and FAR: a motion sequence of the gecko approaching the vertical target at positive angle of attack and b–e alighting onto tree trunk. b First impact occurred with the head and anterior trunk. c Body rotated downward and rear legs attached to the tree trunk. d Front legs slipped off and the gecko’s torso rotated with its back toward the forest floor as the tail made contact with the wall. e Maximum pitch-back was attained and the animal momentarily came to rest before its torso returned to the tree trunk so that the front legs regained a foothold. f Example approach trajectory, showing an image sequence with 10 ms between stills. g Example of body position from landing to pitch-back (θ). h Body pitch-back during FAR plotted over time (n = 8).

The researchers also created a robotic model to mimic that of the Asian flat-tail gecko to help test their hyphotheses and to learn from advances in robotic vertical landing.

The researchers determined that the Asian flat-tail geckos had very high wing loading compared to other gliders but also had a glide angle that was twice as steep as that of the Draco lizards, which are gliding specialists. The glides of Asian flat-tail gecko were unsteady with high speed and high impact landings.

Underside of the gecko showing webbed-toes and fringes. Photo by Psumuseum/Wikipedia

“Typically, geckos were accelerating over the entirety of their glide, and only reached equilibrium near the end of their flight, if at all,” the researchers wrote. Four of 21 geckos were still accelerating at impact. In over half of our trials, gliding geckos reached their target, a tree in a small clearing (13/21 trials with 16 individuals. The geckos’ landings on the tree were discernible in seven trials out of 13 glides that reached the tree, of which one intact gecko and two tailless geckos were unable to withstand landing.”

The Asian flat-tailed gecko is also known as the Asian house gecko and the frilled house gecko. Native to much of Southeast and Southern Asia, they are a small lizard often seen on the walls of homes in Asia. They are common in the pet trade but are almost exclusively wild caught.

The complete paper, “Tails stabilize landing of gliding geckos crashing head-first into tree trunks” can be read on the Communications Biology website.