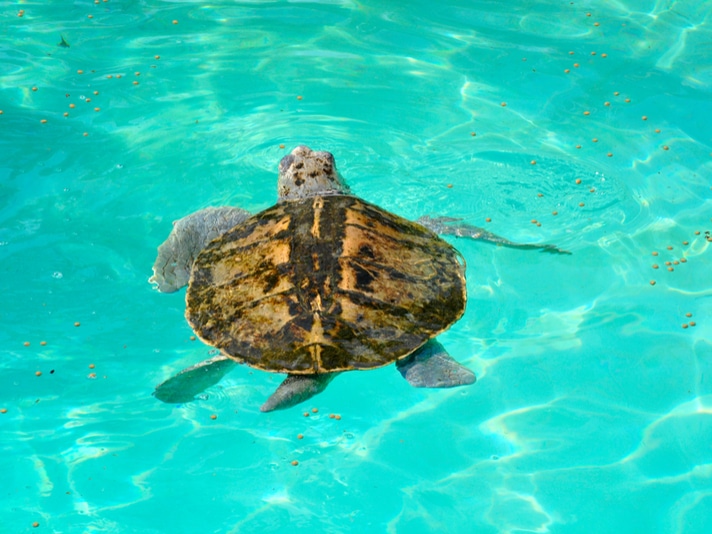 Plastic and other debris that ends up in the ocean is killing animals.

The image shared on social media is graphic, detailing the pollution issues facing the world’s oceans; an endangered Kemp’s ridley sea turtle entangled in an Alabama football beach chair. According to MyNBC15.com, the dead turtle was found on the beach af Fort Morgan, AL. The reptile, a female, was found by Matt Ware, a Ph.D candidate in Biological Oceanography at Florida State University.

“This is why we ask people to "Leave Only Footprints," "Leave No Trace," pick up after themselves when they leave the beach,” Ware wrote on Facebook. “This endangered Kemp's Ridley sea turtle was found during morning turtle patrol strangled by a beach chair. Please be responsible when visiting the beach – you are not the only one who uses it.”

All sea turtles are endangered and federally protected in the United States. Their chances of survival to adulthood are already stacked against them. Plastic pollution and other debris, such as the Alabama football beach chair that the Kemp’s ridley got entangled in, only compound the issues these animals face. According to a study by Australian scientists with the University of Queensland and the Scientific and Industrial Research Organization (CSIRO), Green (Chelonia mydas) and leatherback (Dermochelys coriacea) sea turtles are ingesting twice as much plastic as they were 25 years ago, and according to Florida State University researchers, micro plastics may have a negative effect on the composition of sand that sea turtles nest, potentially changing the incubation environments of loggerhead sea turtles.

To help prevent accidents such as this, folks should be mindful and bring home with you whatever you bring with you to the beach.

“Leave Only Footprints and “Leave No Trace.”