The Bandy bandy snake, Vermicella parscauda may already face extinction due to mining.

Biologists with the University of Queensland in Australia have discovered a new species of Bandy-bandy snake that UQ Associate Prof. Bryan Fry, lead author of a paper describing the new species, Vermicella parscauda sp. nov. says may already be in danger of becoming extinct due to the effects of mining in the region in which it was found. 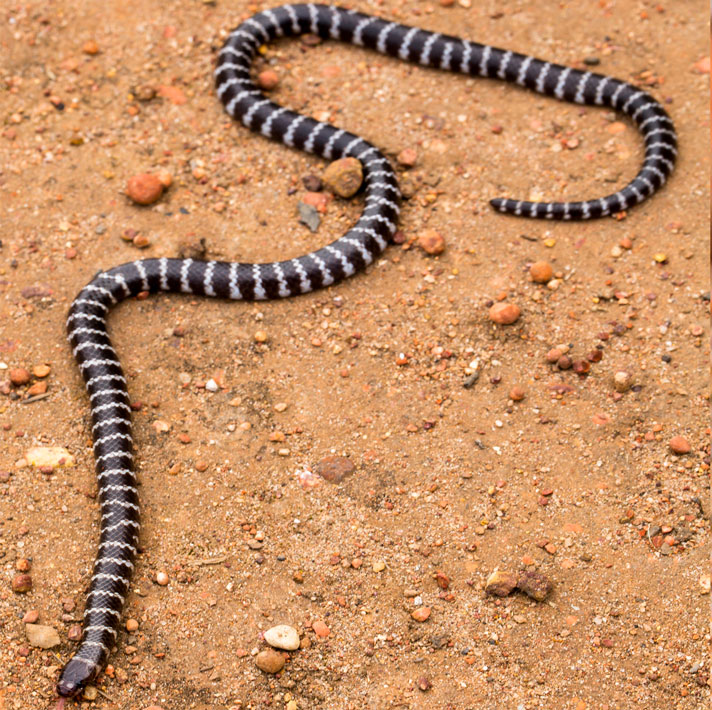 “Bauxite mining is a major economic activity in the region, and it may be reshaping the environment to the detriment of native plants and animals,” Professor Fry said in a news release put out by the university.

“The discovery of this enigmatic little snake is symptomatic of the much more fundamental problem of how little we know about our biodiversity and how much may be lost before we even discover it.”

Fry says the snakes was discovered on some concrete by the ocean, far far from its natural habitat. His team was initially conducting sea snake research when they chanced upon the new species. A second snake was found in its natural habitat near the Weipa region, and a third specimen was found dead on the road, a victim of a motor vehicle encounter.

“Bandy-bandy is a burrowing snake, so Freek Vonk from the Naturalis Museum and I were surprised to find it on a concrete block by the sea,” Professor Fry said.

“We later discovered that the snake had slithered over from a pile of bauxite rubble waiting to be loaded onto a ship.
“On examination by my student, Chantelle Derez, the bandy-bandy turned out to be a new species, visually and genetically distinct from those found on the Australian East coast and parts of the interior.”

An abstract of the new species can be read on the Zootaxa website.