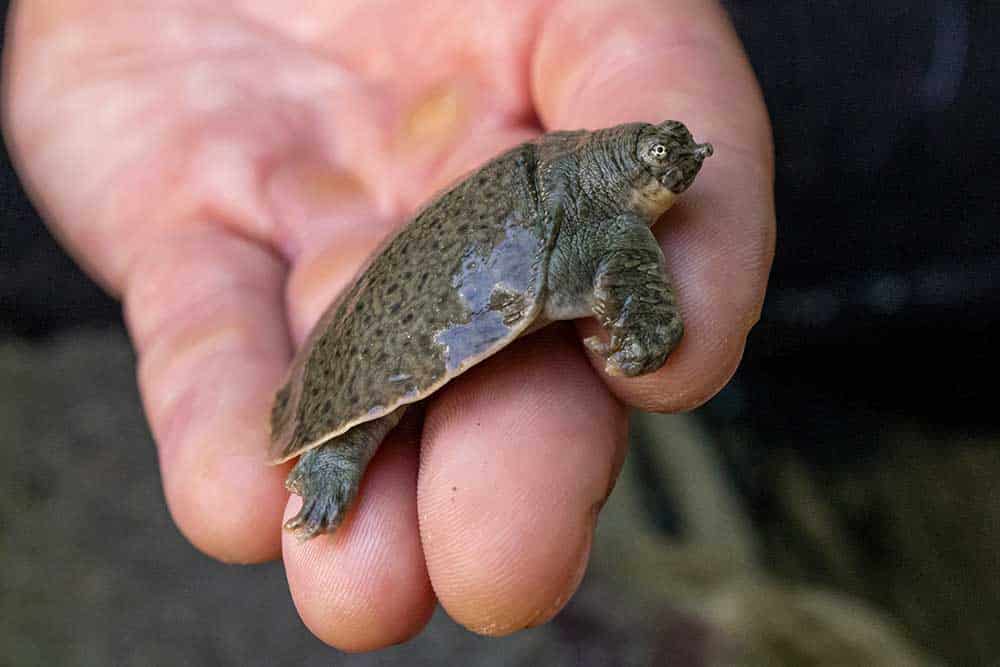 The Indian narrow-headed softshell turtle is considered a high level predator in its environment.

This is the first time the turtles have hatched at an accredited conservation organization in North America.

The zoo has had three turtles in their care for 20 years and this past summer, 41 turtles hatched at the facility.

The San Diego Zoo announced last week that it has successfully hatched out 41 Indian narrow-headed softshell turtles (Chitra indica) at the San Diego Zoo Wildlife Alliance. The zoo has had three turtles in their care for 20 years and this past summer, 41 turtles hatched at the facility. This is the first time the turtles have hatched at an accredited conservation organization in North America, the zoo said.

“This is a thrilling moment for us at the San Diego Zoo, and an incredible step forward in the conservation of this species,” Kim Gray, curator of herpetology and ichthyology at the San Diego Zoo said in a statement released by the zoo. “We have been focused on caring for these turtles for a very long time, and part of that care is to gain a greater understanding of the species’ natural history. With the knowledge we gain here at the Zoo, we can better assist our partners in India to help this essential species thrive in their native habitat.”

The turtle is also known as the small-headed softshell turtle. It is a bottom dweller that lives in rivers and streams in Bangaldesh, India and Nepal. Scientists consider the turtle an indicator species, which enables scientists to assess the health of the environment in which the turtles are found.

“These turtles are higher-level predators within their native ranges,” said Gray. “If they are thriving, that means the river habitats where they live are healthy and can support other species. And that includes humans, as some local communities depend on the same water source used by the turtles.”

The Indian narrow-headed softshell turtle is a large turtle that feeds on fish, frogs, crustaceans and mollusks and is considered a high level predator in its environment. The turtle is an ambush predator that waits for its prey to come into reach and then extends out its long neck to grab the prey as it swims by. A burrower, the turtle lives in clear rivers with sandy bottoms. It often hides in the sand with just the tip of its nose exposed. It is often caught by humans as bycatch and for consumption.