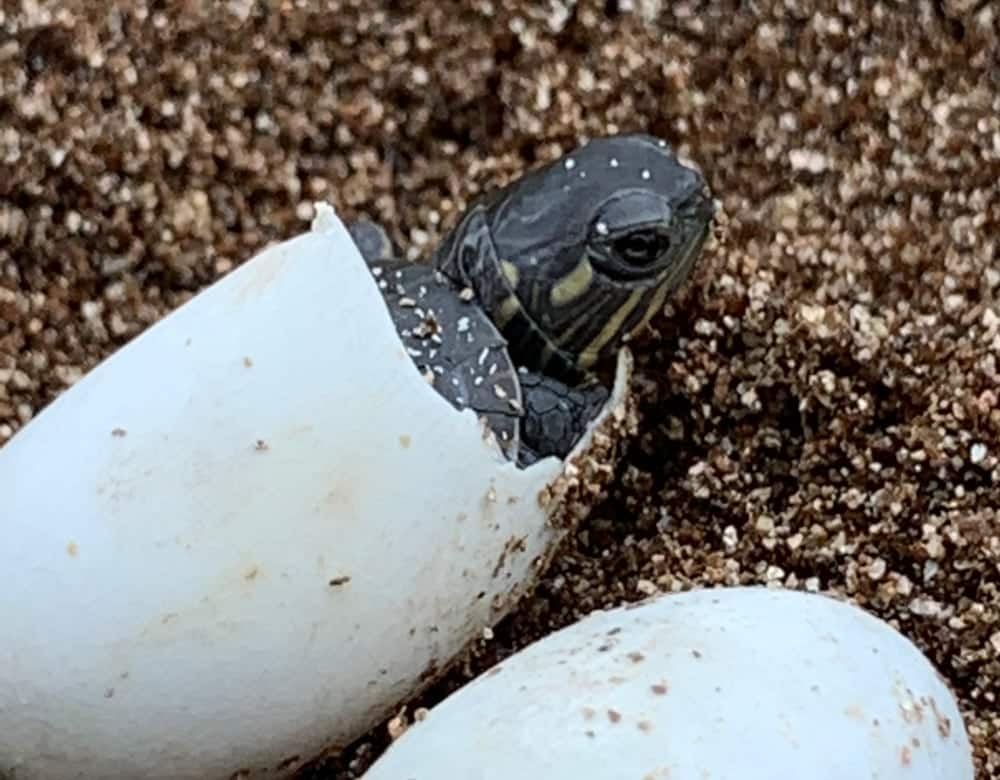 A scientist in Ann Arbor, MI was driving home in early June 2021, and pulled over to help a turtle cross the road when upon going to retrieve the rept

A scientist in Ann Arbor, MI was driving home in early June 2021, and pulled over to help a turtle cross the road when upon going to retrieve the reptile, he found that the turtle was already dead, a victim of a careless driver. Eric C. Martens, a gut microbiome scientist, must have had a gut feeling (pun intended) the turtle was crossing the road to find a suitable place to lay her eggs.

Gut microbiome scientist Eric C. Martens found a dead gravid turtle on the road and hatched out the babies from her eggs.

Martens, who keeps more than 20 snakes, then took the doomed turtle home with the intent of removing the eggs from her body, he tweeted. After performing a secondary euthanasia, Martens performed what he called his “best attempt at a turtle C-section.” The C-section was successful as he safely removed seven eggs and then placed them on substrate and began incubating them.

On August 1, the first two of the seven eggs hatched out completely and looking healthy. Martens said three more are on their way to hatching out completely. Martens wrote on Twitter that the turtles will be fed once or twice and then will be released into the pond in which their mother came from.

This story starts sad but has a happy ending: In early June I got out of my car coming home from work to help a turtle cross the road in our neighborhood, only to find that a careless driver had already hit and killed her. Figuring she was searching for a place to lay eggs, (1/4) pic.twitter.com/5LlJrck74B

Thank you sir for helping these turtles out!