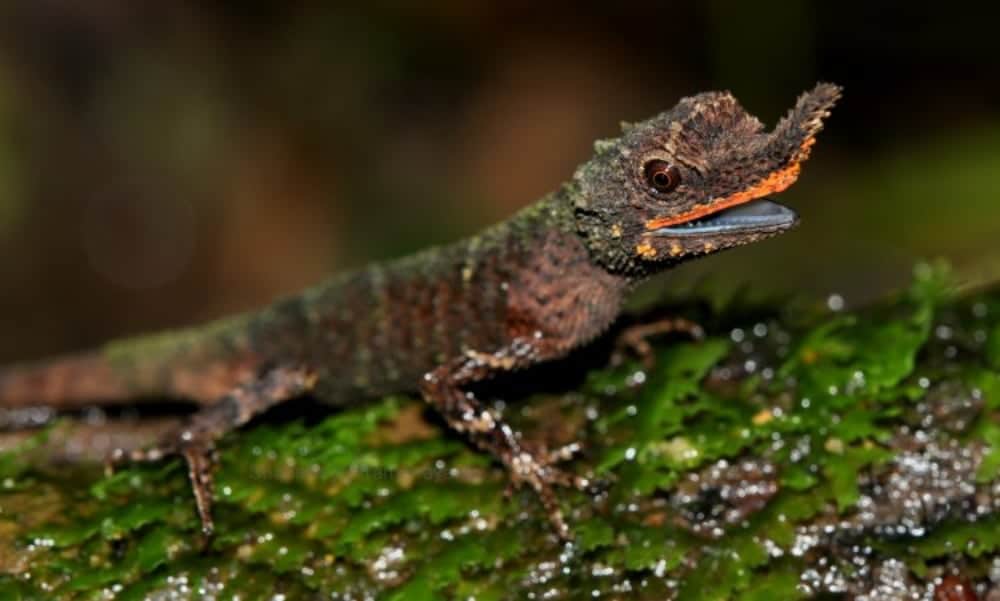 The rough-nosed horned lizard (Ceratophora aspera), a species that lives in the Southwestern rainforests of Sri Lanka, are, through genetic testing an

The rough-nosed horned lizard (Ceratophora aspera), a species that lives in the Southwestern rainforests of Sri Lanka, are, through genetic testing and separated by distance, comprised of four forest groups: Southern Lowlands, Sabaragamuwa Hills, Central Highlands and Kithulgala.

The researchers captured the lizards in the wild and then proceeded to take tissue samples from the tips of their tails and then released them back into the wild. In 2018, the researchers took DNA samples and photographs of the reptiles in eight forests that represent the four forest groups.

Researchers with the University of Washington used mitochondrial DNA (mtDNA) and single nucleotide polymorphism (SNP) data to showcase the genetic diversity of this lizard. The researchers have since proposed that the rough-nosed horned lizard conservation efforts be based on genetic variation, biogeographic history and natural history.

“I hope this study brings attention to the unique and obscure biodiversity in the rainforests of Sri Lanka that require urgent conservation action,” University of Washington graduate Shanelle Wikramanayake, who led the study, said in a news release from the university. “It’s important to consider the genetic diversity in populations across their range when looking at conservation planning and strategies. This principle should also be considered in other forest ecosystems, where conservationists are planning restoration and habitat connectivity at landscape scales.” Wikramanayake is now pursuing a masters degree at California State University, Northridge.

The lizard suffers from habitat destruction as well as the introduction of cats and chickens that prey upon the small reptile.

This project underscores the necessity of using holistic approaches to make well-informed decisions for conservation of forest specialist species, especially during forest landscape restoration, the researchers wrote in their paper.

An abstract of the study, “Integration of genetic structure into conservation of an endangered, endemic lizard, Ceratophora aspera: A case study from Sri Lanka” can be found on the Biotropica website.

The rough-nosed horned lizard is a small agamid lizard native to Sri Lanka. It is a terrestrial species that lives in the leaf litter of shaded forests. They are known to live in pairs and lay just two eggs at a time. They are known for the “horn” that serves as its nose.