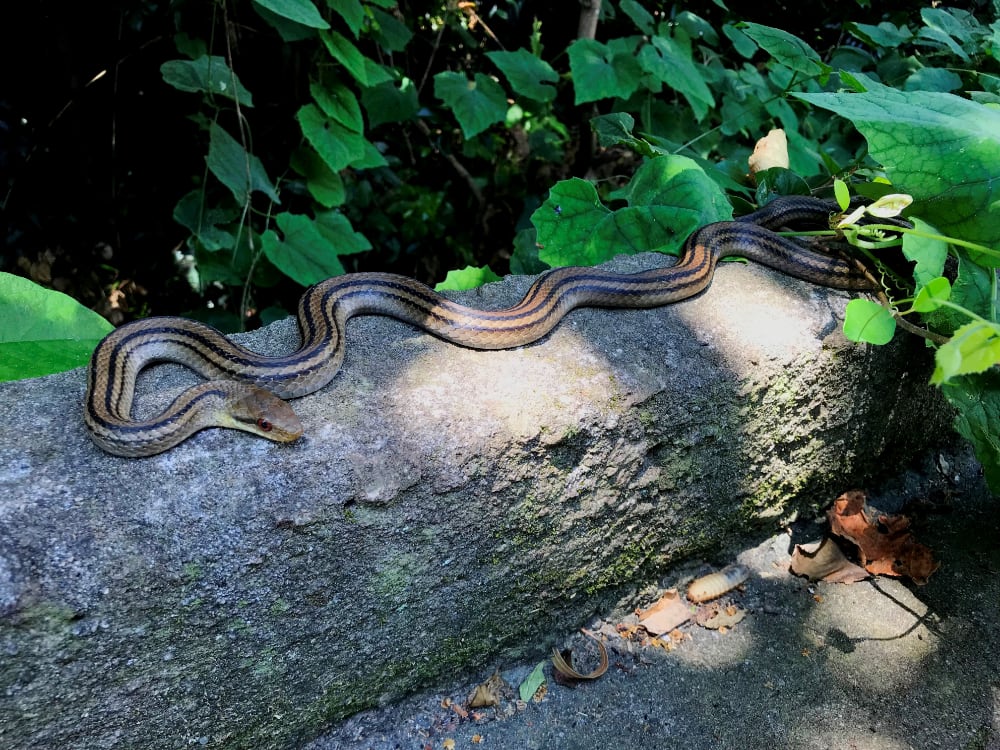 A four decade study of Japan’s Okada’s five-lined skink (Plestiodon latiscutatus) and its main predator, the Japanese four-lined rat snake (Elaphe quadrivirgata), shows that higher body temperatures of the skink helps them run faster and more efficiently to escape from the snakes.

Researchers Ph.D student Félix Landry Yuan of the University of Hong Kong’s Research Division for Ecology & Biodiversity and Ph.D candidate Shun Ito of Tohoku University’s Graduate School of Life Science, published their research “Predator presence and recent climatic warming raise body temperatures of island lizards” in the journal Ecology Letters. They continued the research of  Professor Masami Hasegawa, who started the research in the early 1980s. Hasegawa launched the study when he noticed that the skinks behaved differently on Japan’s Izu islands without snakes. He visited the islands every year and took body temperatures of the reptiles as well as morphological measurements.

“It is a great pleasure to reveal ecological and evolutionary responses among prey and predator interactions by this international research team. I’m very hopeful that the Izu islands become a key model island system to study ongoing evolution under global environmental change by attracting ambitious young Asian biologists to research this further,” Hasegawa said in a statement released to the media.

Yuan and Ito conducted more research on the lizard/snake relationship and found that the speed of the lizards when running increased with higher body temperatures, and the leg length of these lizards were also longer. This enabled them to more easily escape from the Japanese four-lined rat snake.

The researchers collected data and found that lizard’s body temperatures increased by 1.3 °C from 1981 to 2019 on non-snake islands, but were 2.9 °C warmer on islands that had snakes.

An abstract of the paper can be read on the Ecology Letters website.