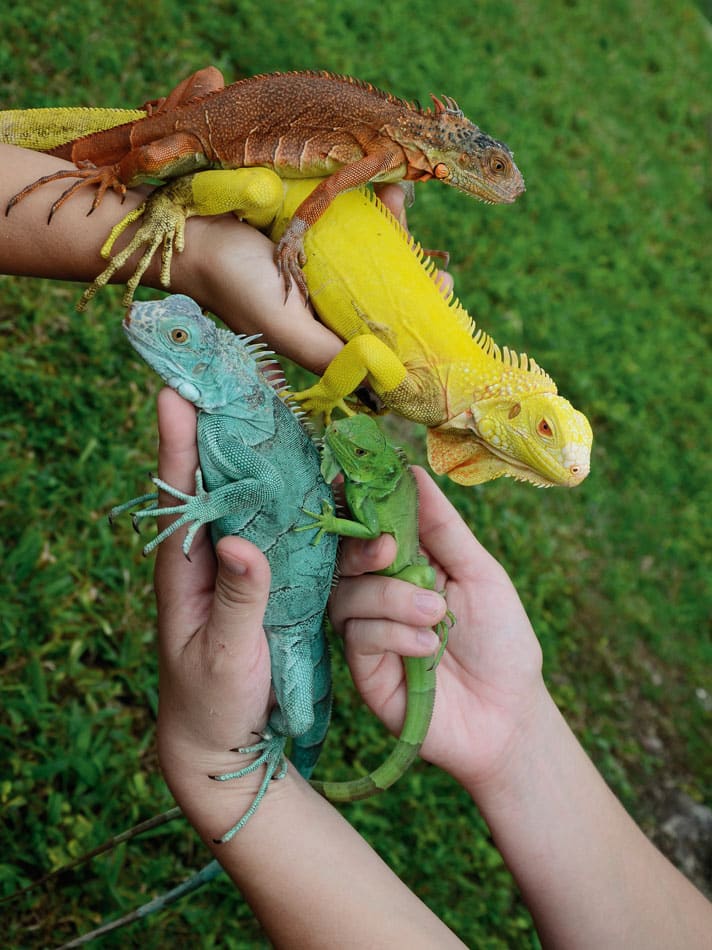 What Is The Other Blue Dart Frog?
The Biggest Success In Herpetology
Educational Lectures At Reptile Shows

Question: I saw a really nice photograph of two beautiful kinds of green iguanas side-by-side. I think they were an albino and a blue. Can REPTILES reprint that photograph again? 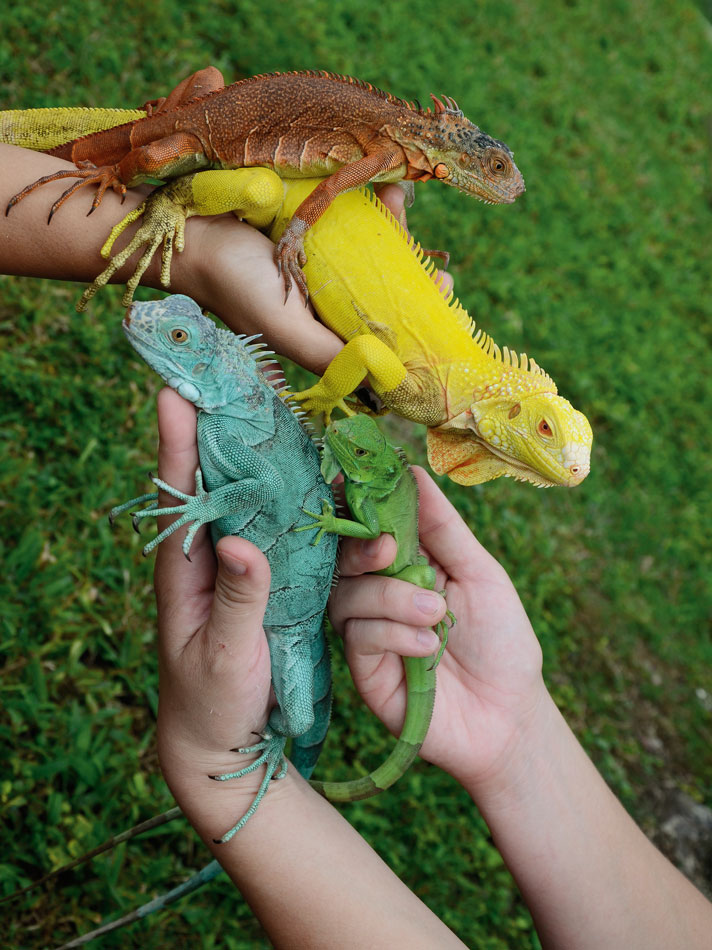 With several exciting new color variants slowly becoming more available, I can foresee a gradual comeback of this magnificent saurian.

Answer: Green iguanas have definitely entered the realm of herpetoculture in which they’re undergoing the morph process, as have as so many species before them. It’s yet another testament to our cumulative success with hundreds of herp species. It’s especially gratifying to see with Iguana iguana because green iguanas we re the predominant pets in the early days of the herp hobby before captive-bred kinds were established.

Green iguanas quickly fell from prominence as leopard geckos and bearded dragons rose to jointly claim the title of best pet lizard. Prevailing rhetoric to dissuade buyers away from little iggies further (to help boost purchases of the new captive-bred alternatives instead) soon burdened them with a reputation of total unsuitability as pets compared to the new sweethearts on the scene. History has a way of doing that, flipflopping in the complete opposite direction when new information or products unfold to the general population.

While I’d still agree that leopard geckos and bearded dragons are the best first-lizard pets, it should be recognized that green (or whatever color) iguanas are not exactly the horrible pets some folks now judge them to be. They just have certain traits—large adult size, need for large enclosures and occasional irascibility—that make them better suited for petkeepers with more experience. With several exciting new color variants slowly becoming more available, I can foresee a gradual comeback of this magnificent saurian. The shades of red, blue and yellow the new morphs are sporting will probably continue to be refined and intensify through successive captive-bred generations, further fueling their returning popularity.