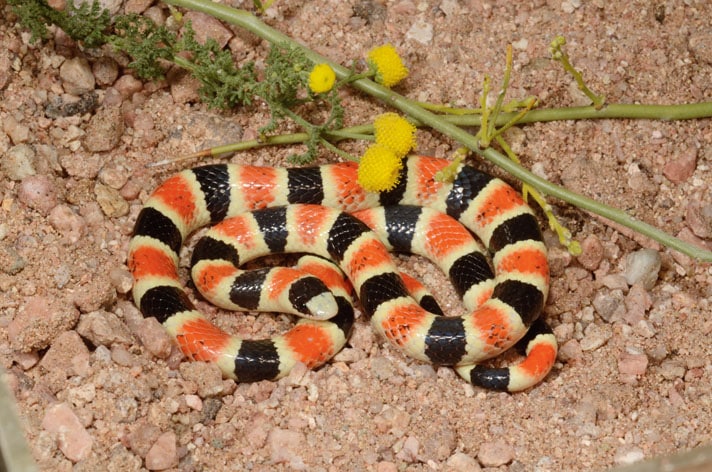 The saying is not always accurate. 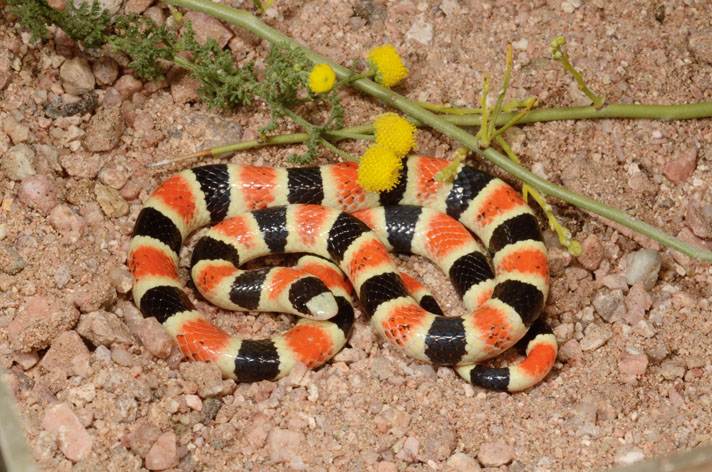 Answer:  First, to clarify for anyone not understanding the question, this old poem was devised to help distinguish between coral snakes (Micrurus fulvius), in which the red and yellow body rings come in contact, and (primarily) the nonvenomous scarlet king snake (Lampropeltis triangulum elapsoides) in which the red and yellow (or white) body rings always are separated by black. The scarlet snake (Cemophora coccinea), which is unrelated to the king and milk snakes, also is considered a mimic by some authors.

This clever rhyme has been around for 75 or more years and doubtlessly spared many children from an unpleasant experience or even death. I’ve heard many comrades ridicule the rhyme being quick to point out its inadequacy for the whole country. In its defense, those words hold true when you’re east of the Mississippi River, and I’m sure they were never intended to be a comprehensive rule for outside the range of the eastern coral snake in the southeastern U.S. 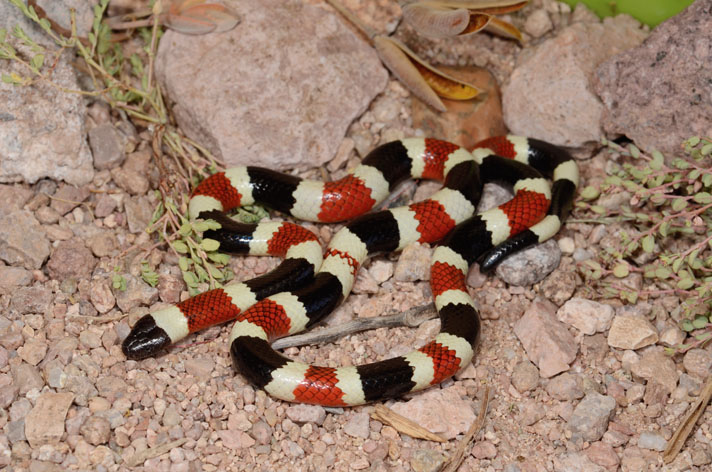 Once you move westward in the U.S., several small snake species occur that break this “rule.”  These include the multi-colored and patterned ground snakes (Sonora semiannulata), the sand snakes (Chilomeniscus stramineus) and the shovel-nosed snakes (Chionactis occipitalis and C. palarostris). All are small, seldom exceeding 12 inches in length, and co-exist side-by-side with the small Arizona coral snake (Micruroides euryxanthus).