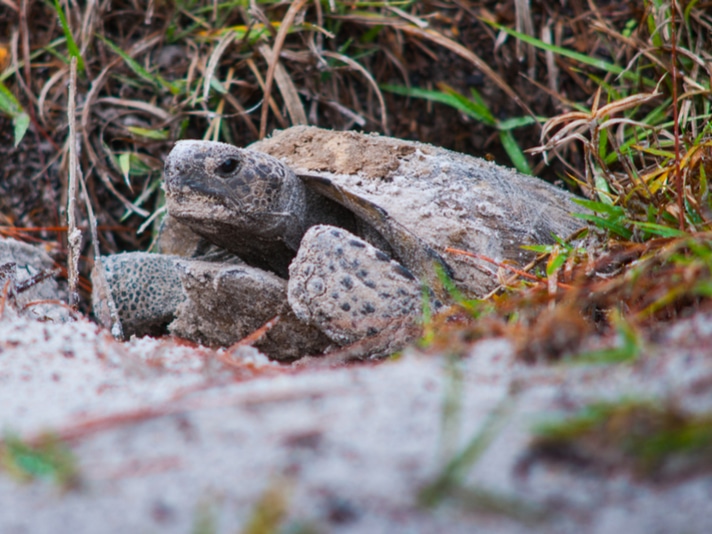 Scientists hope to have a population of 250 adult gopher tortoises in the Aiken Gopher Tortoise Heritage Preserve.

Turtle That Roamed The Earth 228 Million Years Ago Without A Shell Discovered In China
Family Of Bearded Dragon Stolen From New York Pet Shop Offers $1,000 Reward For Its Safe Return
Aussie Couple Donates $100,000 To Help Save Southern Bell Frog

The gopher tortoise (Gopherus polyphemus), a federally endangered species that is listed as vulnerable by the International Union for Conservation of Nature (IUCN), just had its populations strengthened in the wild in South Carolina with the release this week of hatchling, juvenile, and adult tortoises. The tortoises were released into the Aiken Gopher Tortoise Heritage Preserve near the town of Wagner.

The tortoise has experienced declines in the state and scientists have been working on growing the wild populations of the reptile for the last 11 years, according to WRDW-TV 12. The scientists are working on a goal of having 250 adult tortoises in the preserve in an effort to have a self-sustaining population.

Some tortoises that are being released into the preserve often come from other states where they have been displaced, and this helps with the genetic diversity of the species. Others are hatched at the Riverbanks Zoo in Columbia and the UGA Savannah River Ecology Lab.

Gopher Tortoise Once Painted Red Released Back Into The Wild

The gopher tortoise is considered a keystone species by scientists, due to its burrowing nature, which then helps an estimated 360 other animal species who take advantage of those networks of tunnels. It averages about a foot long and can be found in along the coastal plains of the Southeastern United States, including South Carolina, Georgia, Florida, southern Alabama, Mississippi, and southeastern Louisiana. It dines primarily on grasses in the wild and can eat beans, corn and most fruit. It is protected throughout its range and requires a permit to keep.