USFWS Lists The Sonoyta Mud Turtle As An Endangered Species

It is estimated that there are about 100 Sonyota mud turtles in the wild.

The U.S. Fish and Wildlife Service has given the Sonoyta mud turtle (Kinosternon sonoriense longifemorale), a reptile native to Arizona’s Quitobaquito Springs, endangered species status under the Endangered Species Act of 1973.

The USFWS recently completed an assessment of the biological status of the turtle, investigating its viability and found that its native habitats, which include aquatic and riparian habitats, are experiencing a continued loss of water due to groundwater pumping, drought, wastewater infrastructure changes, surface water diversion and consumption of water by livestock.

The numbers of Sonoyta mud turtle in the wild are estimated to be as few as 100 turtles. 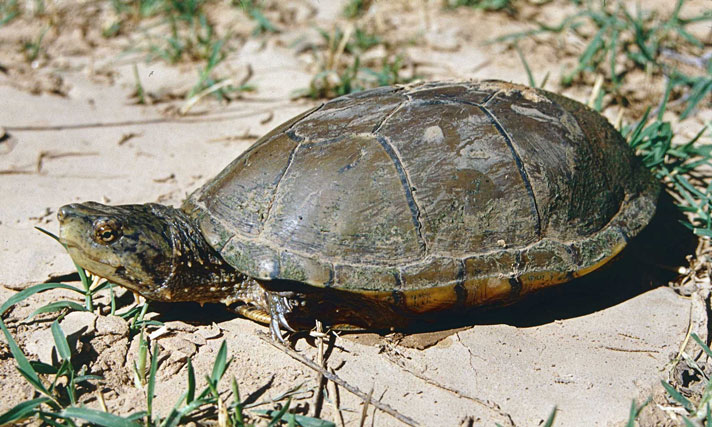 "The Sonoyta mud turtle is clearly in danger of extinction," Steve Spangle, a field supervisor with Fish and Wildlife's Arizona Ecological Services, said in a statement that announced the endangered species designation.

"Protecting it under the Endangered Species Act will marshal increased attention and the resources needed by our U.S. and Mexican conservation partners to improve and expand its dwindling habitat and populations," Spangle said.

The Sonoyta mud turtle is a subspecies of the Sonoran mud turtle (Kinosternon sonoriense). The top of its head and neck is brown and olive colored head while the underside is yellow or cream colored. Its shell is olive or brown in coloration and contains 23 marginal shields. It is found in springs creeks, ponds and other small waterholes and feeds on insects, crustaceans, snails, small fish, frogs and some vegetation. It is also known as a stinkpot because it gives off a musky odor when handled. In addition to Arizona, it is native to six locations in Sonora, Mexico.