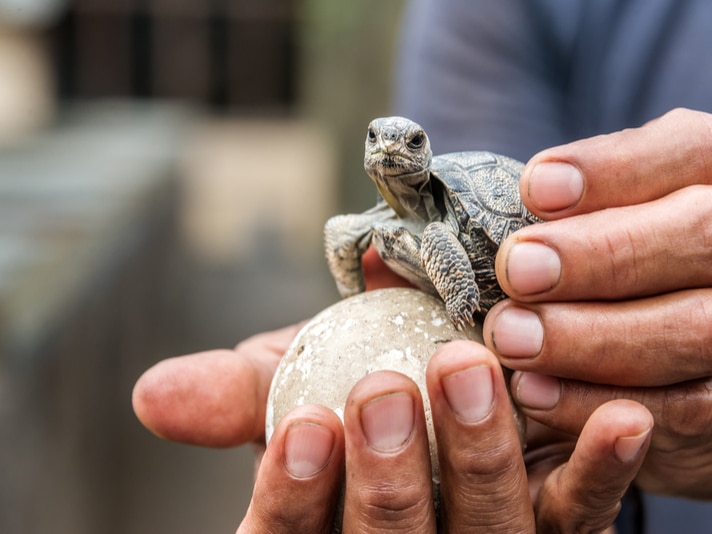 The Duncan Island giant tortoise is one of the smallest of the Galápagos tortoises.

In what is a major milestone for the subspecies, the Duncan Island giant tortoise (Chelonoidis nigra duncanensis) of the Galápagos Islands has successfully bred in the wild for the first time in more than 100 years, thanks to a rat eradication program that was launched on the island in 2012, according to International Business Times. 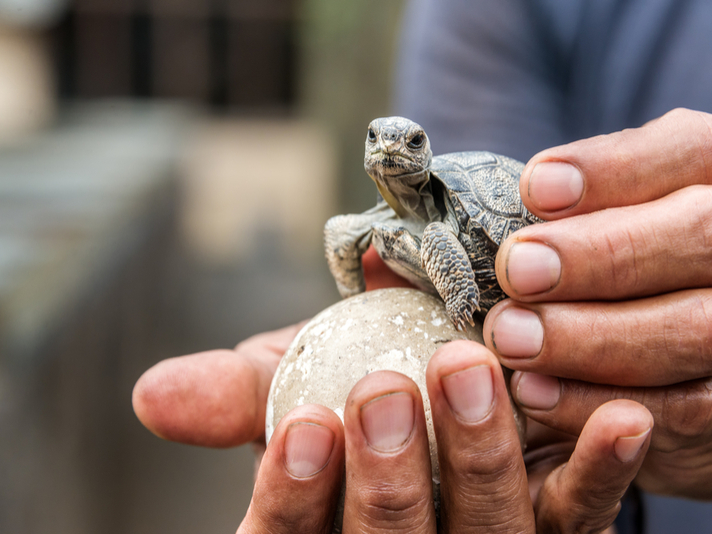 Black and brown rats were introduced to Duncan Island before 1900, presumably by pirate and whaling ships, and caused the tortoise population on the island, also known as Pinzón Island, to fall.

"The presence of the black rat on Duncan Island caused the decline of species such as the Galápagos pigeon, lizards, snakes and the giant tortoise, which could not be born naturally because rodents ate their eggs", Danny Rueda, director of Ecosystems at the Galápagos National Park told Spanish news agency EFE.

The Current Status Of Galápagos Tortoises

The rat eradication program, launched by authorities with Galápagos National Park, involved dropping poison in known sites where the rats populated on the island, and also involved the capture of hawks from the island to prevent them from eating the poisoned dead rats. The island was declared free of the rodents in 2014 and shortly following an ecological monitoring survey, researchers confirmed the birth of baby tortoises in the wild, the first such births in more than a century.

The Duncan Island giant tortoise is one of the smallest of the Galápagos tortoises. It is brownish gray in coloration and has an oblong carapace. There are 532 known individuals living on Duncan Island.