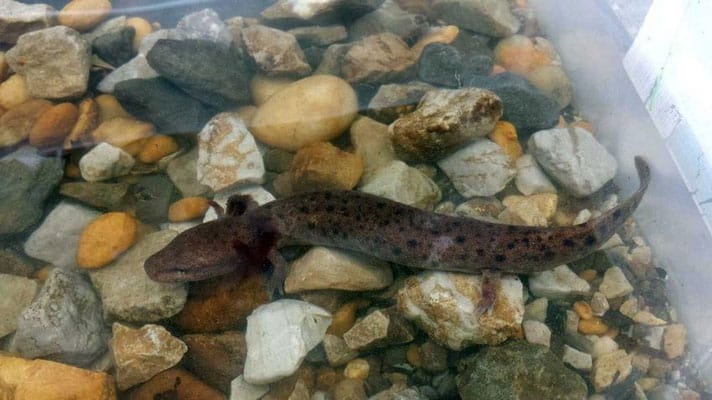 Also known as the Alabama mudpuppy, Necturus alabamnesis is in danger of extinction throughout its entire range.

The Black Warrior waterdog (Necturus alabamnesis), also known as the Alabama mudpuppy, has been listed as endangered by the U.S. Fish and Wildlife Service. Streams in which the amphibian is known to live in have also been protected as critical habitat. These include streams found in Blount, Cullman, Etowah, Fayette, Jefferson, Lawrence, Marshall, Tuscaloosa, Walker and Winston counties in the state. In total, 420 river miles will be protected including 127 miles already designated for federally protected fish, salamanders and mussels. 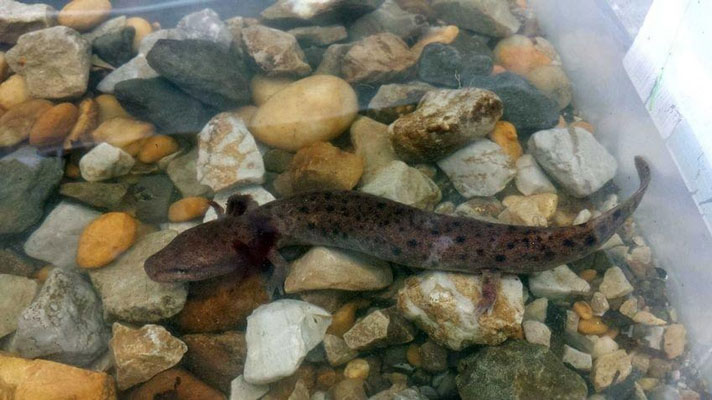 Also known as the Alabama mudpuppy, Necturus alabamnesis is in danger of extinction throughout its entire range.

The amphibian is in danger of extinction throughout its range, which is limited to the Black Warrior River Basin in Alabama. It is facing an onslaught of poor water quality, and loss and degradation of its habitat due in part to mining projects in the Black Warrior River Basin. The USFWS noted in 2015 that the basin is polluted by “runoff from industrial plants, landfills, sewage treatment plants, construction, and historical impacts of surface mining.”

“It’s fantastic that Black Warrior waterdogs now have the Endangered Species Act protection that will give them the best hope for survival,” Tierra Curry, a senior scientist at the Center for Biological Diversity said in a statement. “The Endangered Species Act has prevented the extinction of 99 percent of the plants and animals under its care. This law is the best tool available for saving imperiled species like the waterdog.”

The Black Warrior waterdog grows to close to 10 inches in length and was first listed as a candidate for federal protection back in 1982. It spends almost its entire life under water, in streams and under submerged ledges and logs. It is unique in that it retains some level of paedomorphism, in which in keeps juvenile features such as feather-like gills and a tail fin, when other waterdogs lose these features as they mature.

“Aquatic salamanders like the Black Warrior waterdog are indicator species that reflect the health of the environment we all share,” Curry said. “Protecting this special amphibian and its habitat will help protect water quality for both waterdogs and people.”

You can read the USFWS Final Rule on the Black Warrior waterdog here.

Loading...
Newer Post
Is The Blue-Tongue Skink An Ideal Lizard For Those New To Reptile Keeping?
Older Post
Galápagos Tortoise Breeds In The Wild For First Time In More Than 100 Years
Advertisement