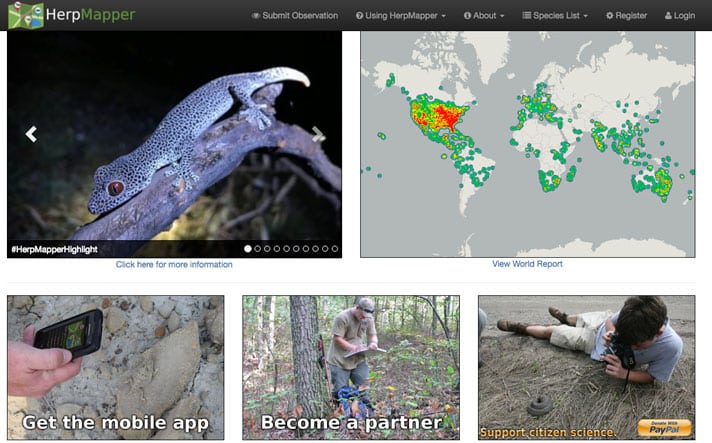 Artificial Intelligence To ID Reptiles And Amphibians? Why Yes!

Fitch is in need of help in editing background noise out of photographs so it can more accurately identify the herps in the photos. 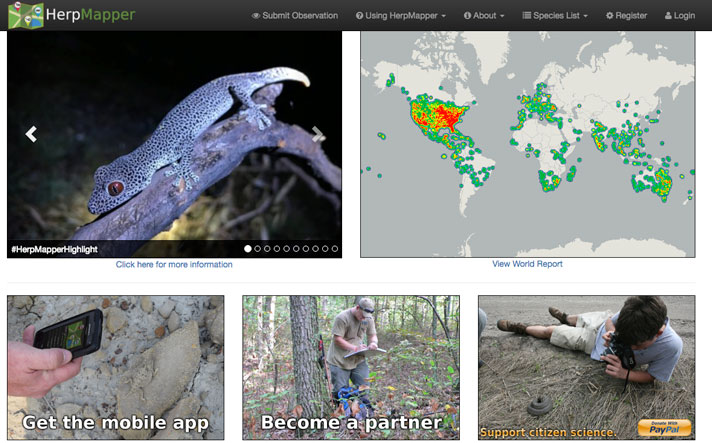 Fitch is in need of help in editing background noise out of photographs so it can more accurately identify the herps in the photos.

“The biggest issue with conservation of herps is that we work with one of the most detested groups on the planet — you’re up there with spiders,” programmer Don Becker, a herpetology enthusiast and team member behind the What The Herp website and a related app, HerpMapper, told The Verge. “By giving people a way to identify what it is that they’re looking at, that can help dissuade people from killing it.”

Becker and his team are working on Fitch, an artificial intelligence application, named after renowned biologist and herpetologist, the late Henry S. Fitch, that they are training to see herps in photos and eventually, help to identify what species are in the photos.

The team is currently training the app with thousands of pre-identified photos, and it has seen some success, but one of the issues the team is trying to reconcile is the fact that Fitch can be distracted by background details, such as dead grass, that are also in the photographs. This “background noise” throws the AI off, so when Fitch ID's a snake in the grass and tries to ID a frog in similar grass, it often misidentifies the amphibian.

Looking for a way to help improve #ComputerVision used by #CitizenScience projects from the comfort of your own home? Draw bounding boxes around amphibians and reptiles in images at https://t.co/GB48WtpV8l to support #Herpetology. #Herpmapper #WhatTheHerp pic.twitter.com/Drnu9LQyQE

So to reduce the number of misidentifications, those details that confuse Fitch are being excluded by the drawing of bounding boxes around the reptiles and amphibians on the photos. And the researchers want the public’s help in drawing the boxes around the thousands of photographs that the team is hoping Fitch will successfully identify.

If you wish to help Fitch and AI to identify herps by drawing boxes around the reptiles, you can sign up on the What The Herp website and help Fitch out.

It is hoped that once is proficient in successfully identifying the herps that it comes across in photos, it will be able to distribute that data to folks who use the HerpMapper application and What The Herp website.

“People kill things because they’re afraid of them,” Becker told The Verge. “The more you learn about something the more you appreciate it.”