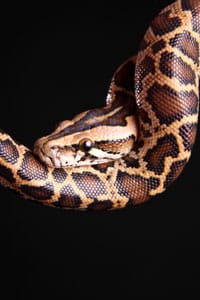 Rep C.W. Bill Young is the latest politician calling out for a ban.

U.S. Rep. C.W. Bill Young, (R-Dunedin) has joined eight of his Florida colleagues in urging the Obama administration to ban the importation of large constricting snakes such as the Burmese python. The Burmese python has apparently successfully established itself in the Florida Everglades. The species recently made headlines after Florida Fish and Wildlife hunters captured a 16-foot specimen and removed a 76-pound deer from its stomach. Scientists speculate that several specimens escaped during Hurricane Andrew and have successfully bred in the wild. They also believe that irresponsible pet owners have released their snakes as they became too large to keep.

The Florida Everglades is home to a variety of native and non-native species, including the Burmese python, which seems to be adapting and thriving amongst the alligators and other species that call the Everglades home. As such, Florida lawmakers are urging the White House to act on a rule under the Lacey Act to ban the importation of nine species of constricting snakes into the country, according to a report in the Florida Independent. The snakes are the Indian or Burmese Python (Python molurus), Northern African Python (Python sebae), Southern African Python (Python natalensis), Reticulated Python (Python [or Broghammerus] reticulatus), Boa Constrictor (Boa constrictor), Green Anaconda (Eunectes murinus), Yellow Anaconda (Eunectes notaeus), Beni or Bolivian Anaconda (Eunectes beniensis), De Schauensee’s Anaconda (Eunectes deschauenseei). The lawmakers want the rule banning these reptiles finalized, citing the federal government’s lack of resources to combat or even control invasive species in the Everglades and elsewhere in the country.

The Burmese python is one of the largest snakes in the world, capable of reaching 20 feet in length and more than 350 pounds. In the Florida Everglades, it has but one potential predator, the American alligator, but that reptile often becomes the prey of the python. Its native range includes much of Southeast Asia, including Burma (Myanmar), Thailand, Vietnam, and Indonesia.