A new tunnel between Buellton and Lompoc, Calif. will enable the California tiger salamander to cross under a busy road rather than over it, thanks to a tunnel constructed by Caltrans.

The California tiger salamander (Ambystoma californiense), an amphibian listed as endangered by both the state of California and the federal government, is soon going to have a tunnel to pass from its breeding ponds to upland habitat on California Highway 246 between Buellton and Lompoc, Calif.  The tunnel should give them a chance to avoid becoming road mortalities on that stretch of wildlife corridor. 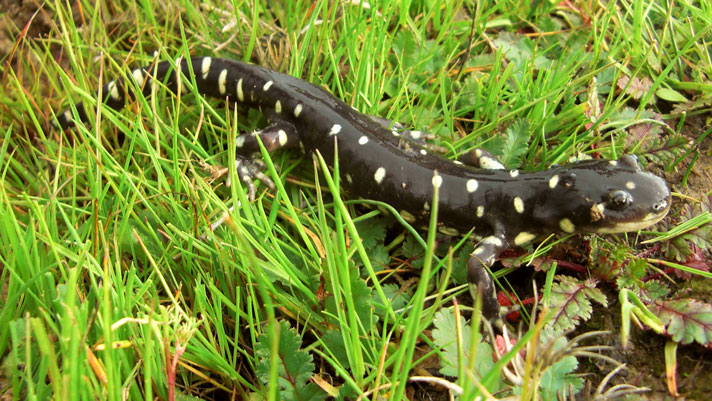 A new tunnel between Buellton and Lompoc, Calif. will enable the California tiger salamander to cross under a busy road rather than over it, thanks to a tunnel constructed by Caltrans.

The tunnels should help not only the salamander, but other animals that need to cross the road.

“Drivers can improve their own safety by simply slowing down and remaining alert while driving,” Caltrans Director Malcolm Dougherty told the Lompoc Record. “We are committed to safety while being mindful of the environment, using signage, fencing, and undercrossings to reduce wildlife-vehicle collisions along roadways, especially in wildlife corridors.”

The completion of the tunnel will be the sixth under crossing designed and built by Caltrans. The agency is also proposing a five-year study that will monitor the effects the undercrossing has on the salamanders and other animals that cross under the highway.

The California tiger salamander lives in grassland habitat as well as valley-foothill and hardwood areas. It can be found in the northern California counties of Petaluma, Sonoma, the Central Valley, Yolo, Sacramento, Tulare, the San Francisco bay area, and Santa Barbara counties. It feeds on earthworms, snails, insects, small fish and even small mammals such as mice.

Loading...
Newer Post
Leopard Frog In Canada Gets Help As Calgary Zoo Starts Breeding Program
Older Post
Arizona Man Who Played With And Planned To Eat A Rattlesnake Gets Bit Instead
Advertisement