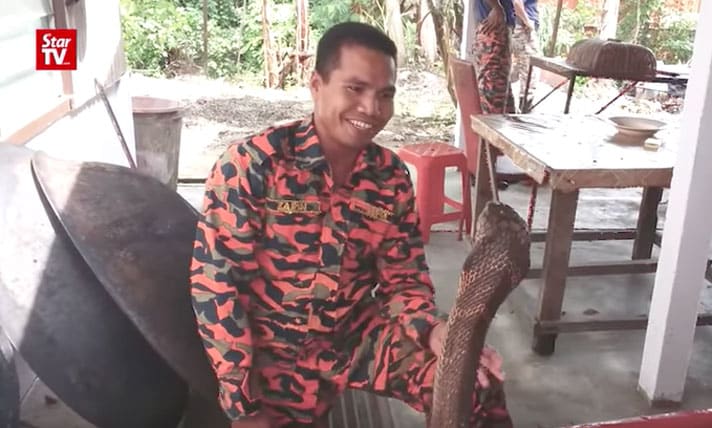 Abu Zarin Husin, a Malaysian firefighter who captured and released uncounted cobras has died of a cobra bite.

Abu Zarin Hussin, a Malaysian firefighter known for his skills handling cobras has died. The 33-year-old man, who a few years ago rocketed to international fame after a British tabloid erroneously published a story claiming he was a Thai man who married his pet cobra, was bit by a cobra during a snake removal call March 12. He died March 16 from the bite, according to The Star/Asia News Network. 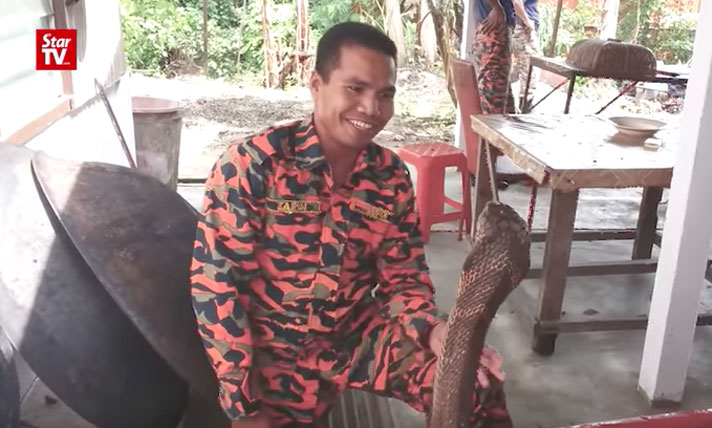 Abu Zarin Husin, a Malaysian firefighter who captured and released uncounted cobras has died of a cobra bite.

Abu Zarin conducted snake catching and training lessons for firefighters, teaching them how to capture snakes without having to kill them and later releasing them back to the wild.

He also taught the firefighters how to identify the different snake species that are native to Malaysia, and even appeared on Asia’s Got Talent, making it to the quarter finals with his snake kissing program.

Abu Zarin was attached to the Temerloh fire station in Temerloh, Pahang, Malaysia. His body has been returned to his hometown where he will be buried.