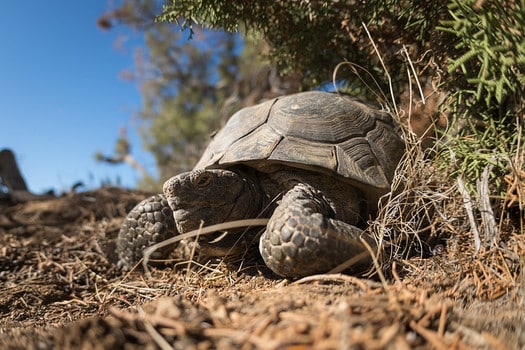 It is speculated that there are more desert tortoises in captivity than in the wild.

The Agassiz desert tortoise (Gopherus agassizii) of California is in need of stronger protections or it will go extinct, according to a petition sent by Defenders of Wildlife to the California Fish and Game Commission. The conservation group is recommending the reptile to be listed as endangered under the California Endangered Species Act, citing severe and ongoing population declines in California due to land use impacts, habitat loss and fragmentation, invasive non-native plants, climate change, uncontrolled off-road vehicle use, disease, livestock grazing and other man-made threats. 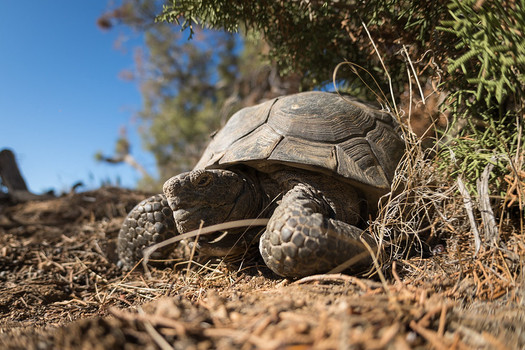 It is speculated that there are more desert tortoises in captivity than in the wild.

“Agassiz’s desert tortoise is dangerously close to extinction in California wildlands and we will lose the species unless stronger conservation measures are taken immediately,” Pamela Flick, California program director for Defenders of Wildlife said in a statement released to the media.

“Threats to the tortoise and its habitat from unmanaged off-road vehicle use, development and climate change are ongoing and increasing. Current measures to minimize impacts have failed to stop severe population declines. Agencies should increase measures to avoid impacts to the species and accelerate mitigation efforts to reverse the troubling decline of California’s state reptile.”