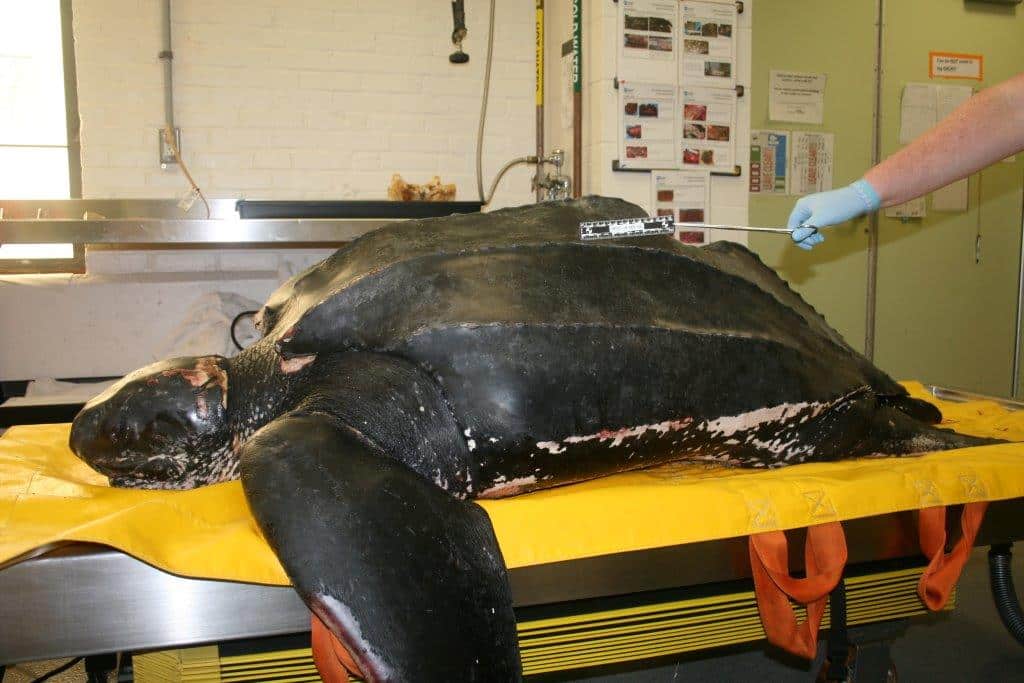 Leatherback sea turtles primarily eat jellyfish and plastic tends to look like jellyfish in the ocean.

A leatherback sea turtle (Dermochelys coriacea) that washed up dead on Sandy Neck Beach in Barnstable, Mass. died from a trio of human hazards, according to a post mortem that was performed on the 400 pound reptile. 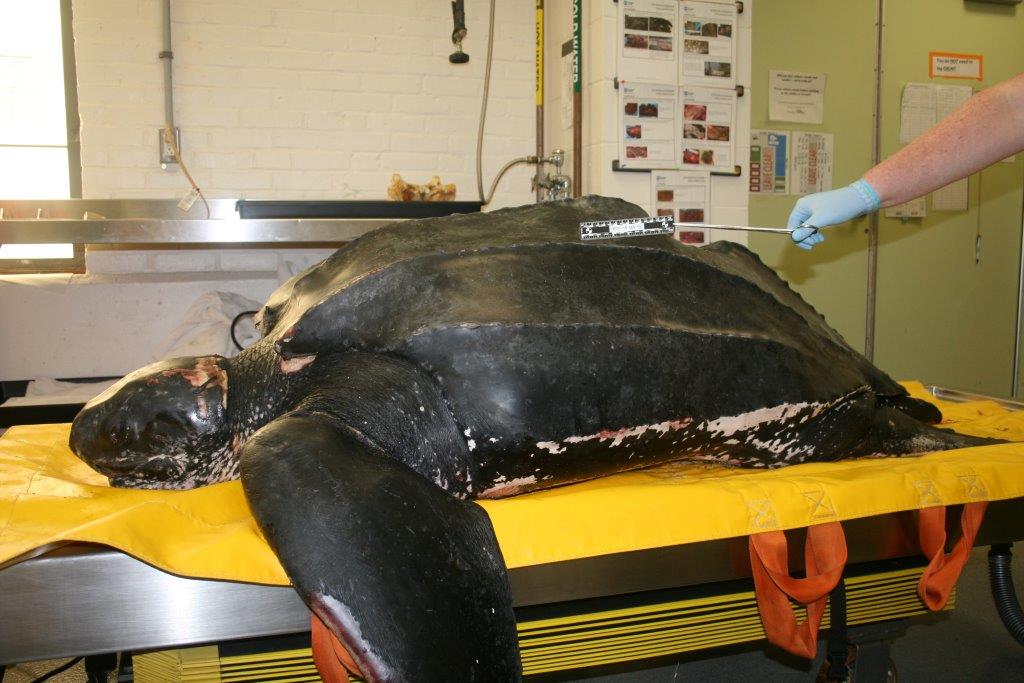 The dead leatherback sea turtle was a juvenile that weighed 400 pounds.

The turtle was taken to the New England Aquarium where an examination determined that the animal was struck by a vessel, was entangled in marine gear, and had ingested plastic that was blocking its intestines, according to 7 News WHDH. 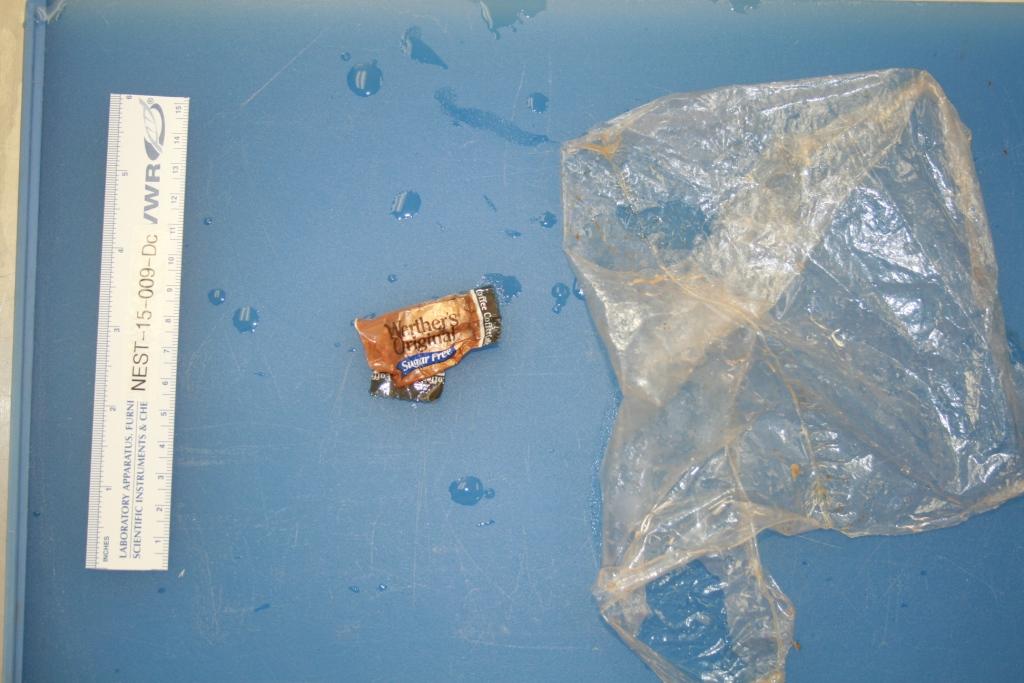 Its front flippers had heavy abrasions and lacerations. An x-ray of the animal showed extensive shell fractures and fractured vertebrae that the aquarium’s head veterinarian, Dr. Charles Innis, attributed to a boat strike, and the animal’s stomach was filled with three pieces of plastic, the largest of which was a three feet long by one foot wide piece of plastic sheeting that is commonly used with building supplies.

This is the largest piece of plastic found blocking the intestines of the dead leatherback sea turtle.

With those kinds of mishaps, this juvenile leatherback didn’t have a good chance at surviving.

A 2013 University of Queensland, Australia study that focused on the ingestion of plastics by sea turtles found that the green and leatherback turtles are ingesting twice as much plastic debris than they were 25 years ago.

The leatherback sea turtle is the largest turtle in the world and can grow to 2,000 pounds, though 1,000 pounds is more common. It is known for its leathery skin rather than a hard carapace like other turtles. They have been recorded diving more than 3,900 feet and feed primarily on jellyfish.