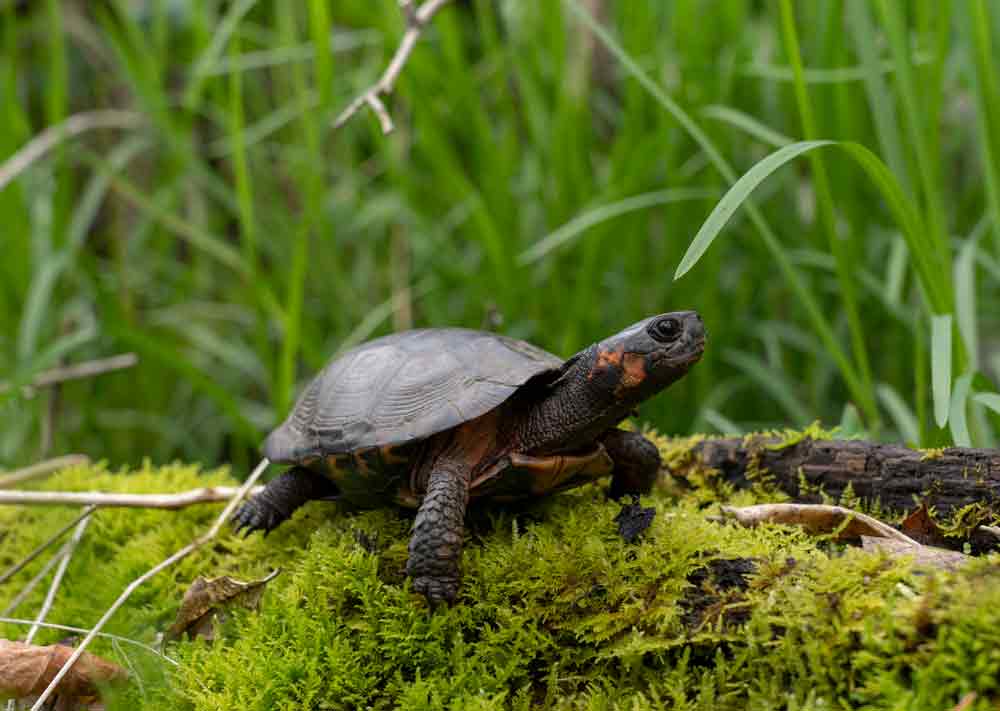 Only 14 known sites for the bog turtle are known in the South.

The United States Fish and Wildlife Service announced October 17 that is is considering protecting the southern population of bog turtles (Glyptemys muhlenbergii) under the Endangered Species Act. The service was petitioned by the Center for Biological Diversity in January to list the reptile.

If the USFWS decides that full protection of the species is warranted, the bog turtles and the remaining habitat would be protected and the federal government would have to implement a recovery plan to restore the population of the species.